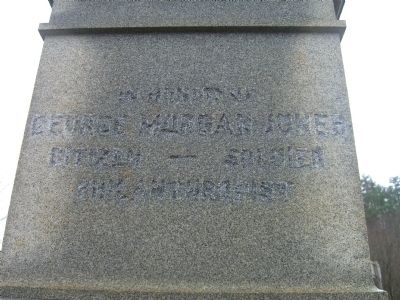 Topics. This historical marker is listed in these topic lists: Charity & Public Work • War, US Civil. 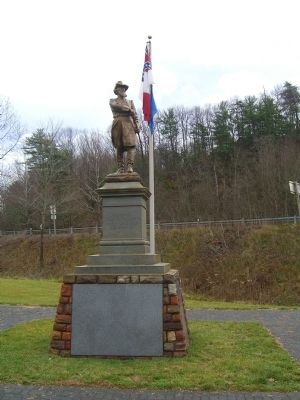 Click or scan to see
this page online
George Morgan Jones was a philanthropist and former Civil War soldier. Though depicted in a Confederate general's uniform, only achieved the rank of private in the commissary department of the Second Virginia Cavalry. The sculpture, by noted artist Solon H. Borglum, was done after Jones' death, commissioned by his widow.

The sculpture appears to one of only two originals cast. The original locations for the two was in Lynchburg, Virginia; one at the old Jones Memorial Library and the other sited at Randolph-Macon Woman's College.

While it is unclear at this time as to which cast this one is, it is most likely the sculpture originally installed at the Jones Memorial Library. The Library, a gift to the city in Jones' memory, opened on July 3, 1908. The statue was relocated from the library steps to the terrace in 1924 when the library entrance was redesigned. The library moved in July 1987 to its current location at 2311 Memorial Avenue, Lynchburg Virginia 24501. 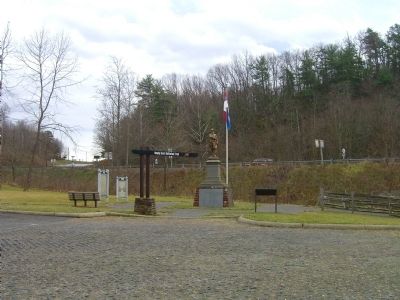 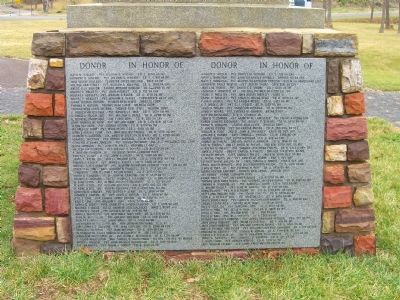 By Kevin W., December 28, 2008
4. George Morgan Jones Marker
First list of donors, and their chosen honoree, at the base of the statue. 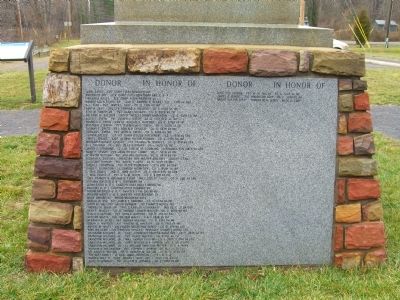 By Kevin W., December 28, 2008
5. George Morgan Jones Marker
Second list of donors, and their chosen honoree, at the base of the statue. 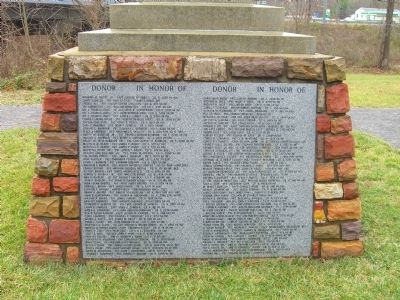