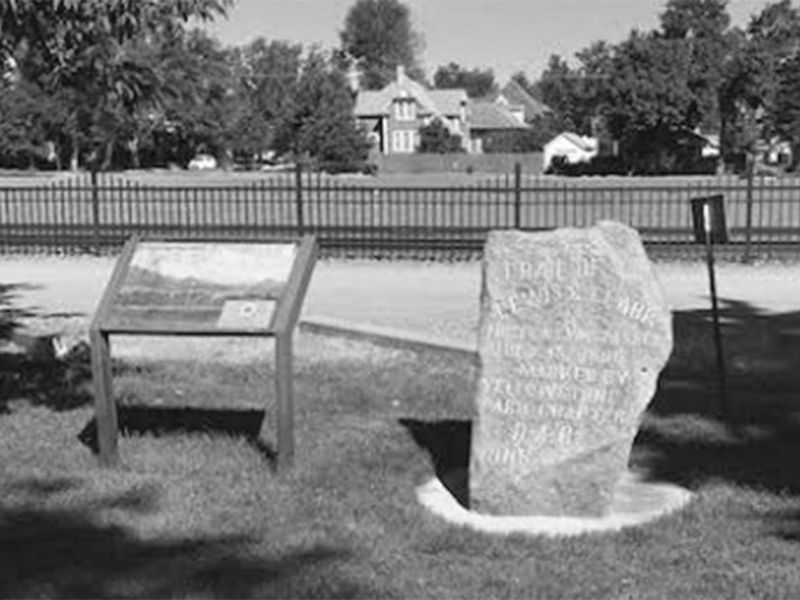 Erected 1908 by Yellowstone Park Chapter Daughters of the American Revolution.

Topics and series. This historical marker is listed in this topic list: Exploration. In addition, it is included in the Lewis & Clark Expedition series list.

More about this marker. Located in the Northern Pacific Depot Park in downtown Livingston. It faces the street.

Regarding First Lewis and Clark Trail Marker. The boulder marks the spot where Captain Clark camped on his return journey from the Pacific Northwest
Credits. This page was last revised on May 2, 2020. It was originally submitted on April 15, 2020. This page has been viewed 77 times since then and 5 times this year. Photo   1. submitted on April 15, 2020, by Cheryl Genovese of Bozeman, Montana. • Bill Pfingsten was the editor who published this page.

Editor’s want-list for this marker. Clearer closeup photo. • Can you help?
Share This Page.