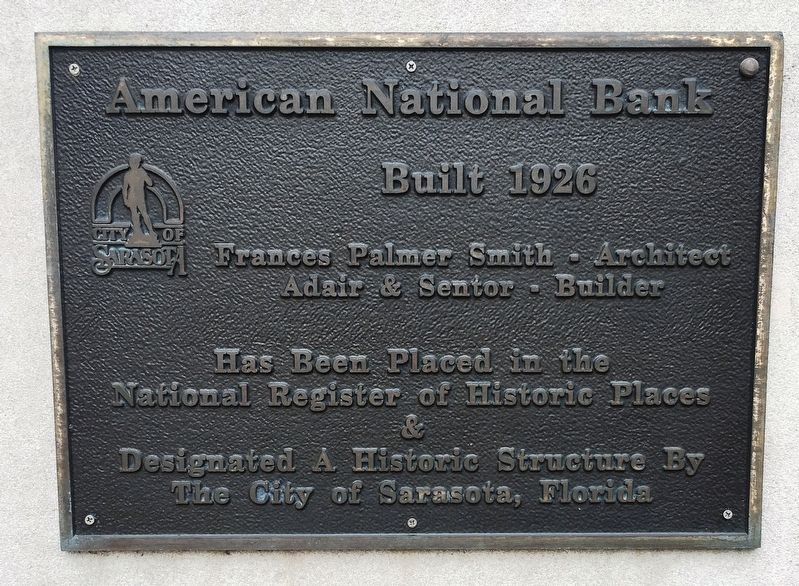 Has been placed in the
National Register of Historic Places
&
Designated A Historic Structure By
The City Of Sarasota, Florida

Topics. This historical marker is listed in this topic list: Architecture. A significant historical year for this entry is 1926. 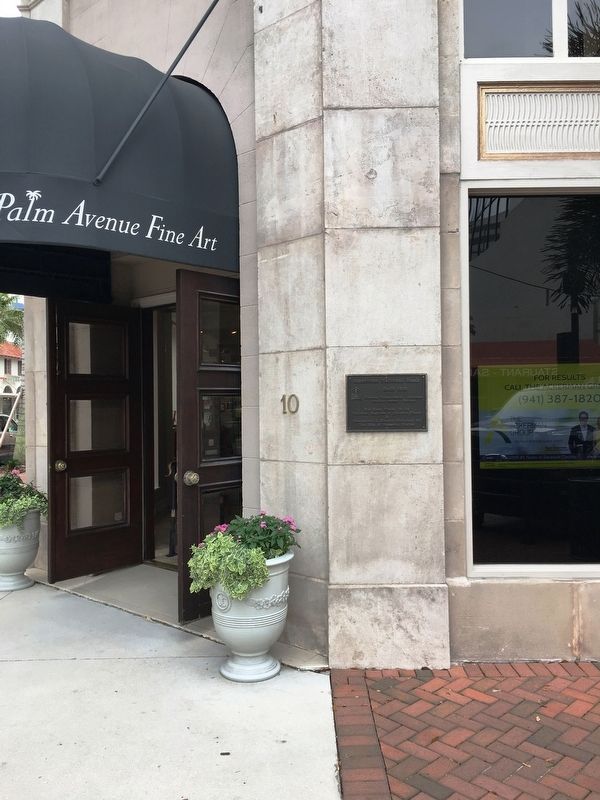 Regarding American National Bank. The historic American National Bank Building, later known as the Orange Blossom Hotel, is a significant historical and architectural landmark. Neo-Classical in style, it is one of the three earliest skyscrapers in Sarasota and the only one to retain its historic detail and appearance. 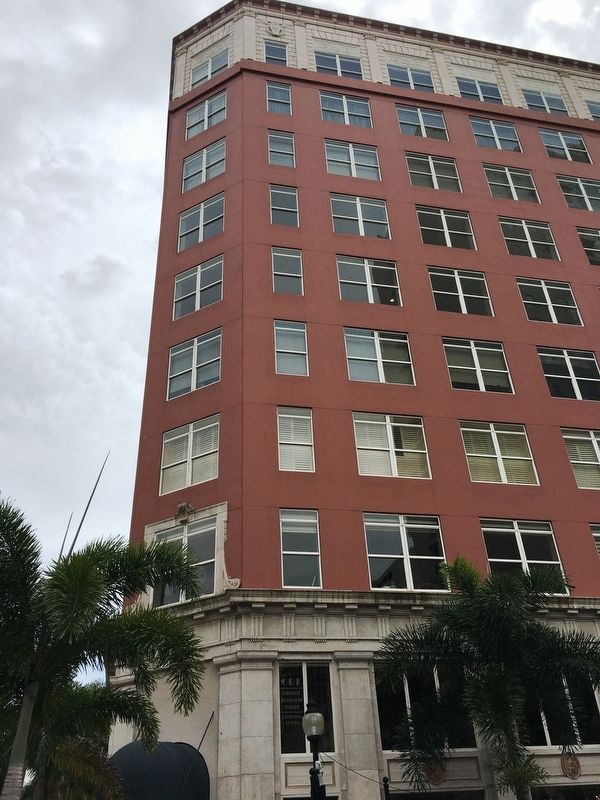