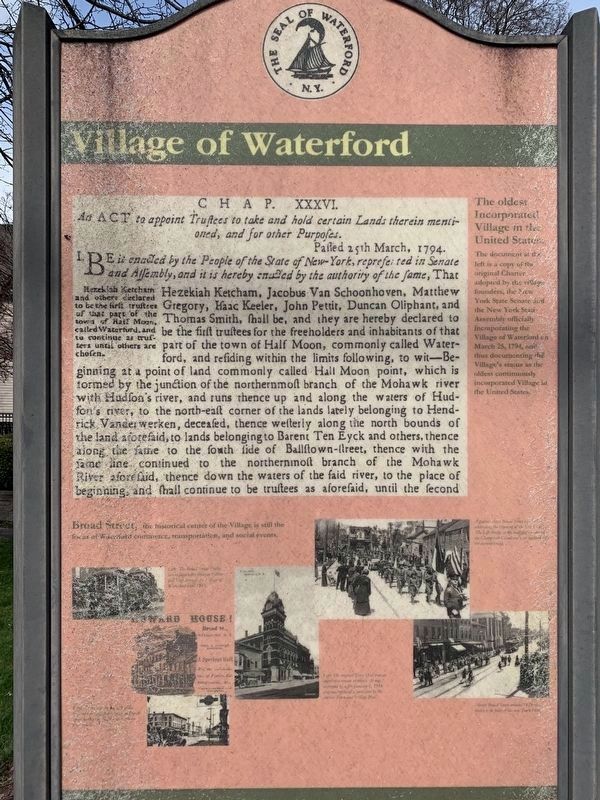 The Oldest Incorporated Village in the United States
The document at the left is a copy of the original Charter adopted by the village founders, the New York State Senate and the New York State Assembly officially incorporating the Village of Waterford on March 25, 1794, and thus documenting the Village's status as the oldest continuously incorporated Village in the United States.

Broad Street, the historical center of the Village is still the focus of Waterford commerce, transportation and social events.


Topics. This historical marker is listed in this topic list: Political Subdivisions. A significant historical year for this entry is 1794.

Location. 42° 47.363′ N, 73° 40.541′ W. Marker is in Waterford, New York, in Saratoga County. Marker is at the intersection of Broad Street (U.S. 4) and First Street, on the right when traveling west on Broad Street. Touch for map. Marker is in this post office area: Waterford NY 12188, United States of America. Touch for directions. 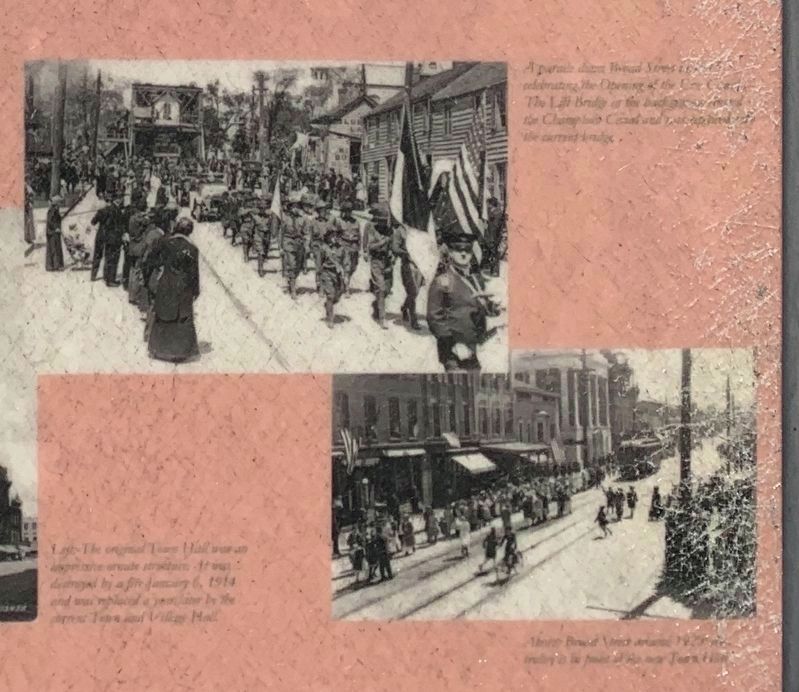 Photographed By Steve Stoessel, April 10, 2020
3. Lower Right Photos
top A parade down Broad Street in 1915 celebrating the opening of the Erie Canal.

below Broad Street around 1923. The trolley is front of the new Town Hall. 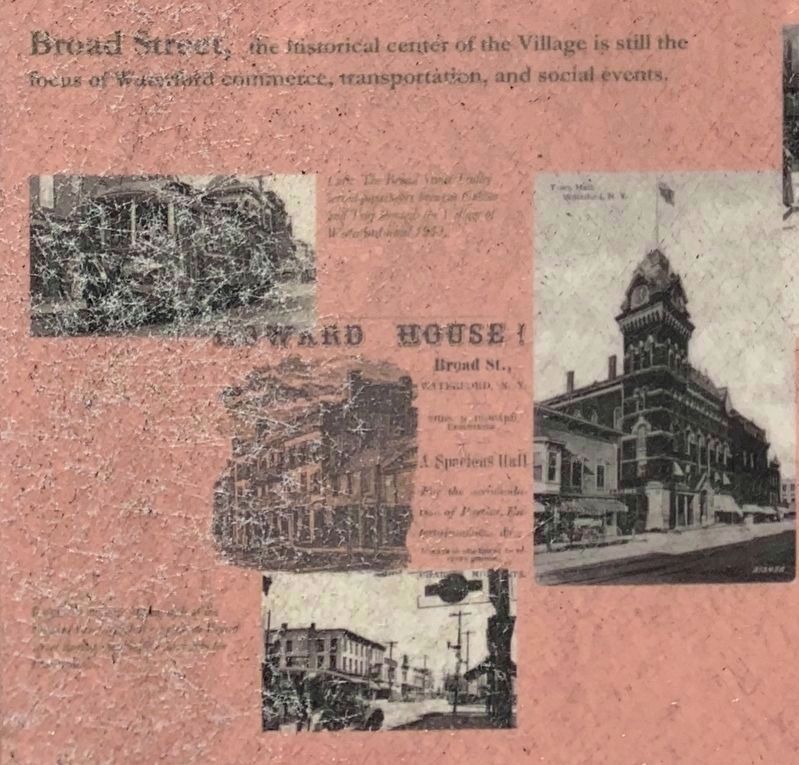 Photographed By Steve Stoessel, April 10, 2020
4. Lower Left Photos
top left The Broad Street Trolley carried passengers between Cohoes and Troy through the Village of Waterford until 1933.

far right The original Town Hall was an impressive ornate structure. It was destroyed by fire January 6, 1914. It was replaced a year later by the current Town and Village Hall.