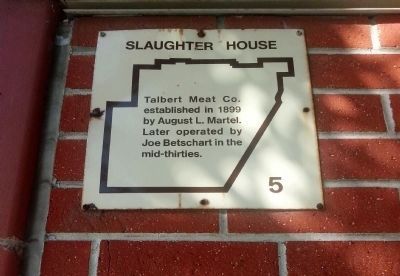 Topics. This historical marker is listed in these topic lists: Industry & Commerce • Settlements & Settlers. A significant historical year for this entry is 1899. 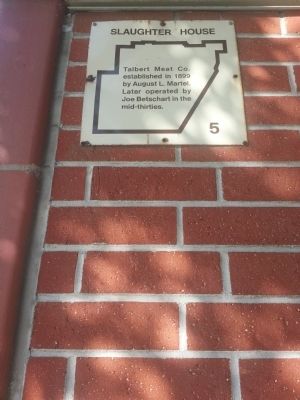 More about this marker. On South Wall of the 100 Building of the High School. Near the top of the wall on the southwest corner.

Regarding Slaughter House. A native of France, August L. Martel visited this area in 1899 and purchased 10 acres of land from Bruce Wardlow. He returned to Bakersfield where he worked as a hotel chef and later a restaurant owner. He moved to Los Angeles and worked as a chef in a large hotel. About 1907 he moved to Fountain Valley and started the Talbert Meat Company. (This town was called Talbert before it became Fountain Valley). Beside his home, he built barns, stock pens and a fruit orchard. He built a store where he sold meat and fresh groceries. He employed three men to help him to butcher and dress cattle, hogs, sheep, calves and lamb. (The giant oak tree near the sign was originally planted by Martel.) 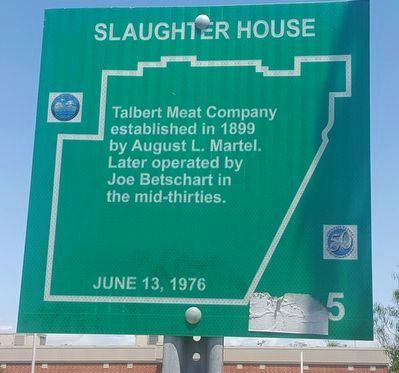 Photographed By Greg Ullman, May 26, 2018
3. Slaughter House Marker next to the street
An additional marker with the same text, in the style of other city historical markers, is in front of the school on Bushard Street. 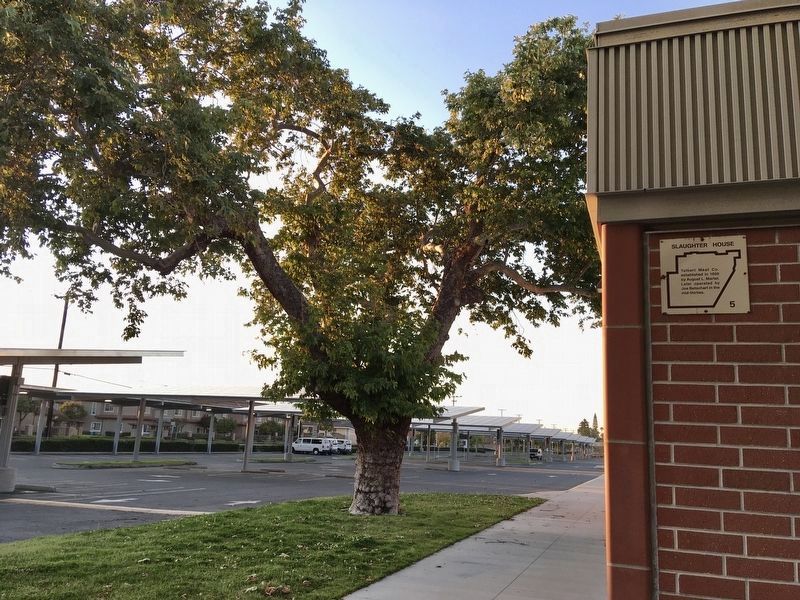 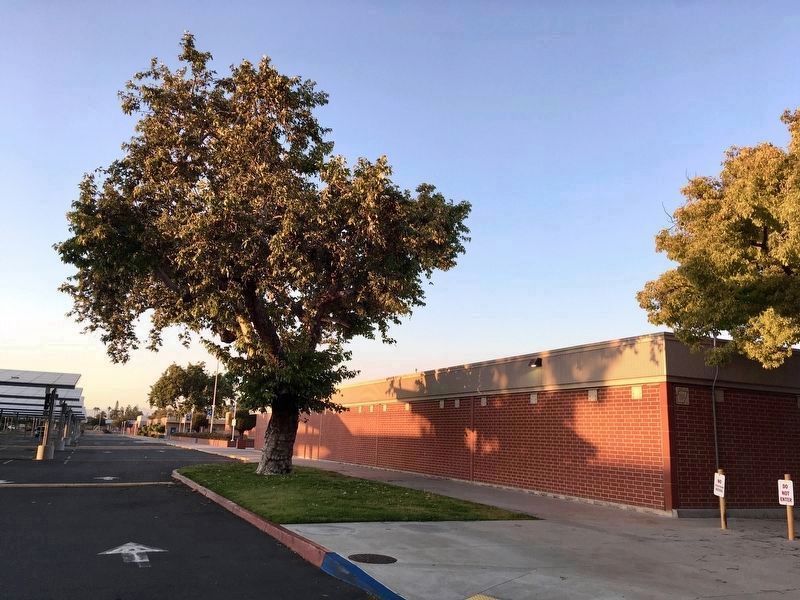 Photographed By Craig Baker, April 14, 2020
5. Slaughter House Marker and Tree
The giant tree near the marker is a Sycamore tree. 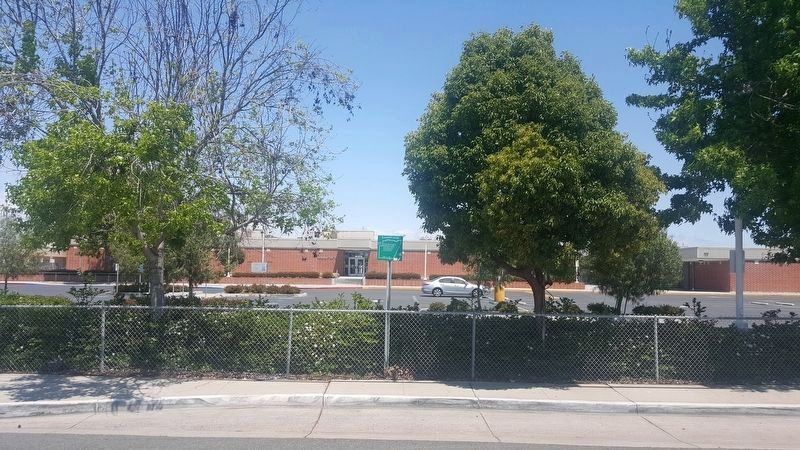