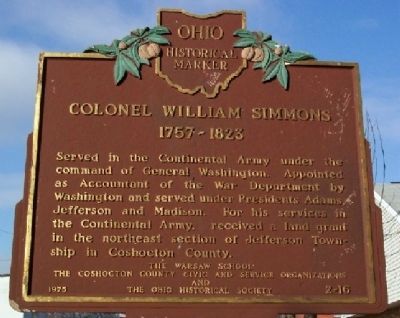 Photographed By William Fischer, Jr., December 22, 2008
1. Colonel William Simmons Marker
Inscription.
Colonel William Simmons. Served in the Continental Army under the command of General Washington. Appointed as Accountant of the War Department by Washington and served under Presidents Adams, Jefferson and Madison. For his services in the Continental Army, received a land grant in the northeast section of Jefferson Township in Coshocton County. . This historical marker was erected in 1975 by The Warsaw School, The Coshocton County Civic and Service Organizations, and The Ohio Historical Society. It is in Warsaw in Coshocton County Ohio

Erected 1975 by The Warsaw School, The Coshocton County Civic and Service Organizations, and The Ohio Historical Society. (Marker Number 2-16.) 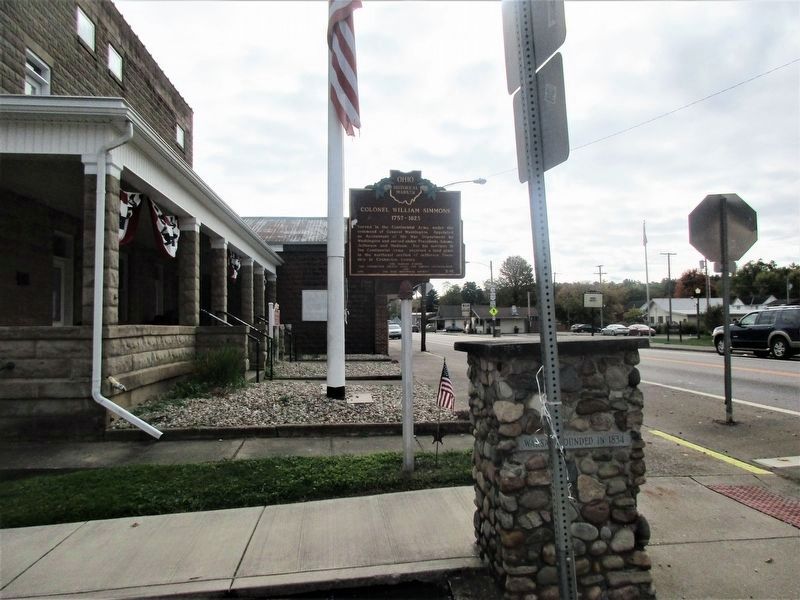 Click or scan to see
this page online
the intersection of Main Street (U.S. 36) and Plum Street, on the right when traveling west on Main Street. Touch for map. Marker is at or near this postal address: 207E Main St, Warsaw OH 43844, United States of America. Touch for directions. 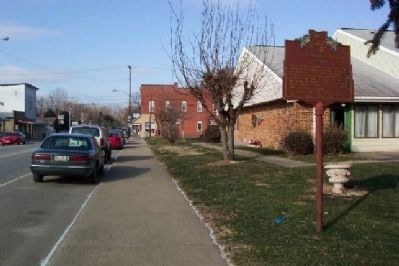