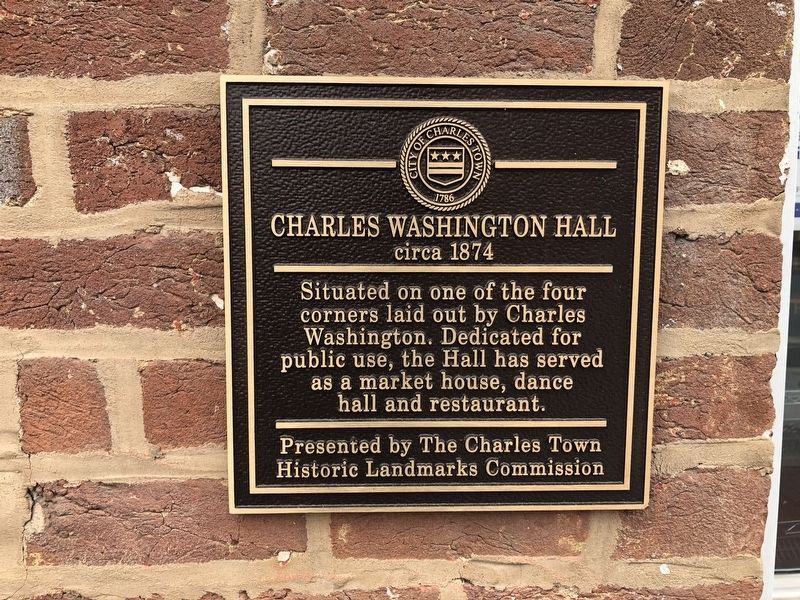 Situated on one of the four corners laid out by Charles Washington. Dedicated for public use, the Hall has served as a market house, dance hall and restaurant.

Topics. This historical marker is listed in these topic lists: Arts, Letters, Music • Charity & Public Work • Industry & Commerce. A significant historical year for this entry is 1874. 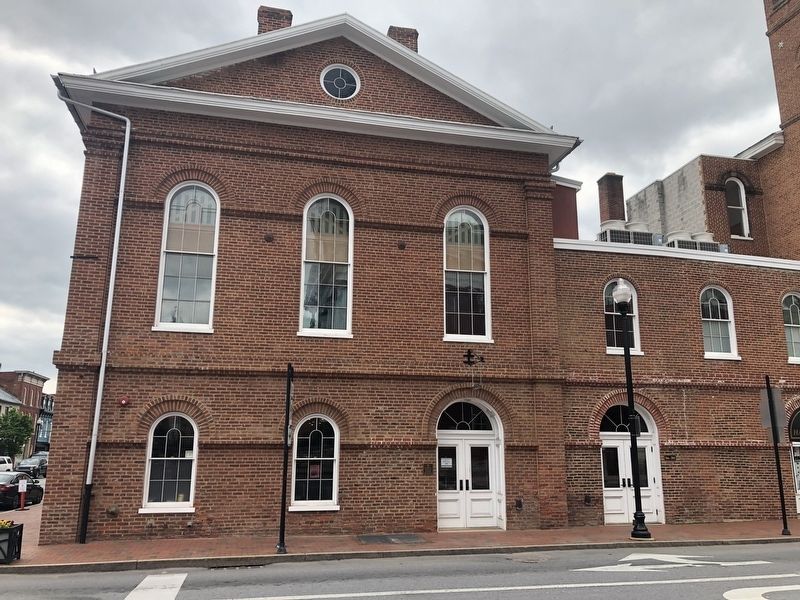 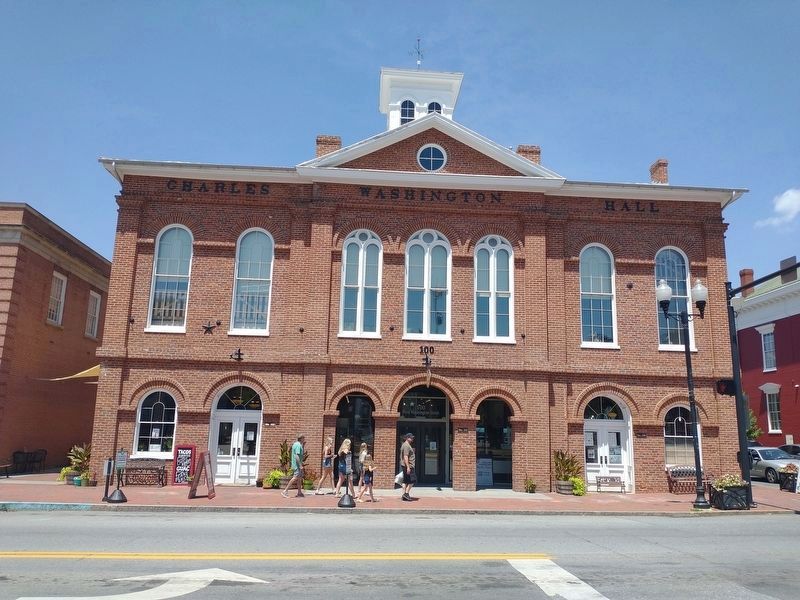