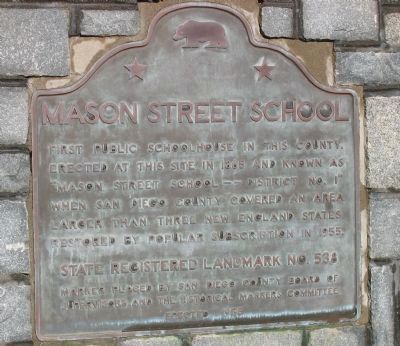 First public schoolhouse in this county. Erected at this site in 1865 and known as “Mason Street School – District No.1” when San Diego County covered an area larger than three New England states. Restored by popular subscription in 1955.

Erected 1955 by San Diego County Board of Supervisors and The Historical Markers Committee. (Marker Number 538.)

Topics and series. This historical marker is listed in these topic lists: Education • Notable Buildings • Notable Places • Settlements & Settlers. In addition, it is included in the California Historical Landmarks series list. A significant historical year for this entry is 1865. 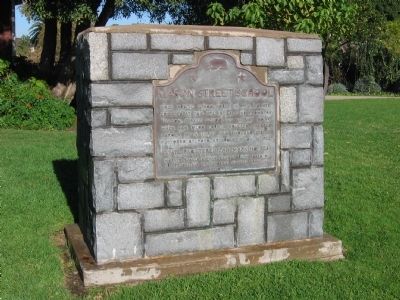 Additional commentary.
1. Mason Street School
The school was built in 1865 and school was in session year-round and was free and open to all children. The building featured such modern amenities as an iron stove for heat and a water bucket and dipper for plumbing. Its first teacher, Mary Chase Walker, was paid $65 a month. She resigned after only 11 months and married Ephraim Morse who was the President of the school board at that time.

The one room Mason Street School was San Diego's 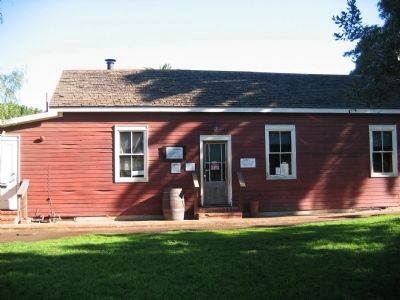 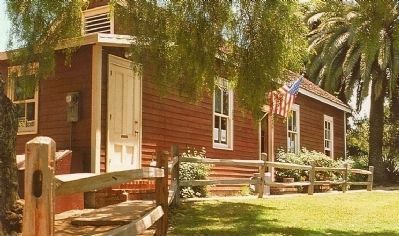 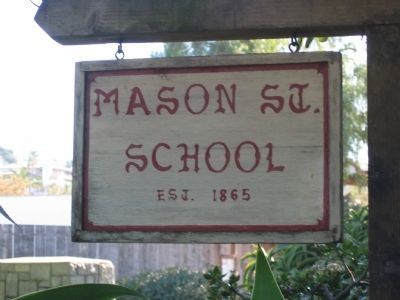