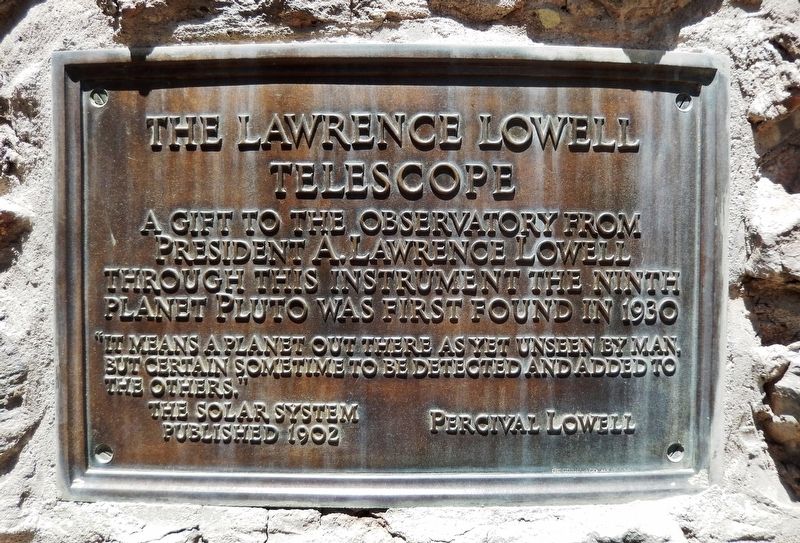 A gift to the Observatory from
President A. Lawrence Lowell
through this instrument the ninth
planet Pluto was first found in 1930

”It means a planet out there as yet unseen by Man, but certain sometime to be detected and added to the others.”

Topics. This historical marker is listed in these topic lists: Air & Space • Education • Exploration • Science & Medicine. A significant historical date for this entry is February 18, 1930.

Location. 35° 12.237′ N, 111° 39.942′ W. Marker is in Flagstaff, Arizona, in Coconino County. Marker can be reached from West Mars Hill Road 0.6 miles west of West Santa Fe Avenue. Marker is located on the Lowell Observatory campus. It is mounted at eye-level, directly on the Lowell Observatory building, just to the right of the entrance. Touch for map. Marker is at or near this postal address: 1400 West Mars Hill Road, Flagstaff AZ 86001, United States of America. Touch for directions.

Other nearby markers. At least 8 other markers are within walking distance of this marker. Henry Lee Giclas (about 300 feet away, measured in a direct line); 42-Inch Reflecting Telescope (about 700 feet away); Clark Dome Weather Station 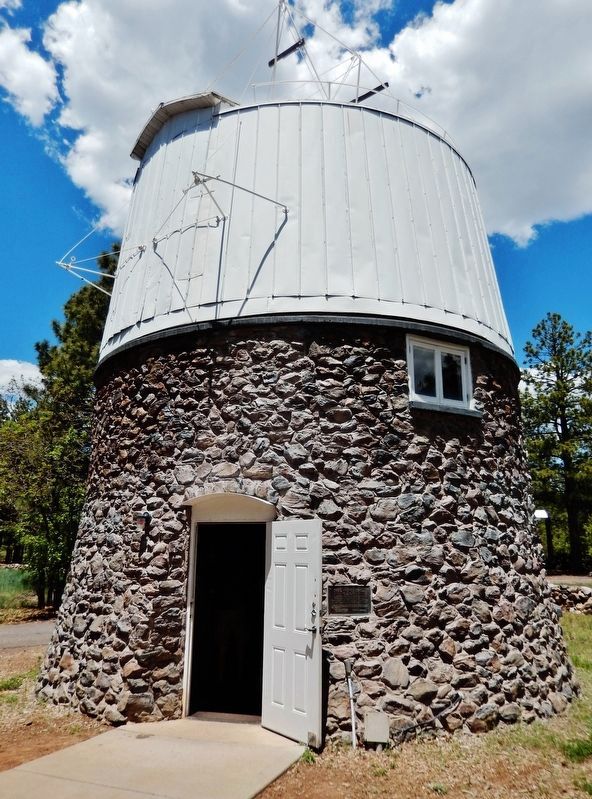 By Cosmos Mariner, May 31, 2015
2. The Lawrence Lowell Telescope Dome
(marker visible just to right of entrance)

Regarding The Lawrence Lowell Telescope. National Register of Historic Places #66000172.

Related markers. Click here for a list of markers that are related to this marker. Lowell Observatory

Also see . . .
1. The Discovery of Pluto. Percival Lowell postulated the existence of a planet beyond Neptune and began in earnest in 1905 to search for it. He spent his remaining 11 years in a lengthy mathematical and observational search for the elusive “trans-Neptunian” planet. Upon Lowell’s death in 1916, the search was suspended while the Observatory went through protracted legal wrangling about Lowell’s estate. In 1927, once the estate was finally settled, Percival’s brother — Harvard University President A. Lawrence Lowell — provided the funds needed to construct 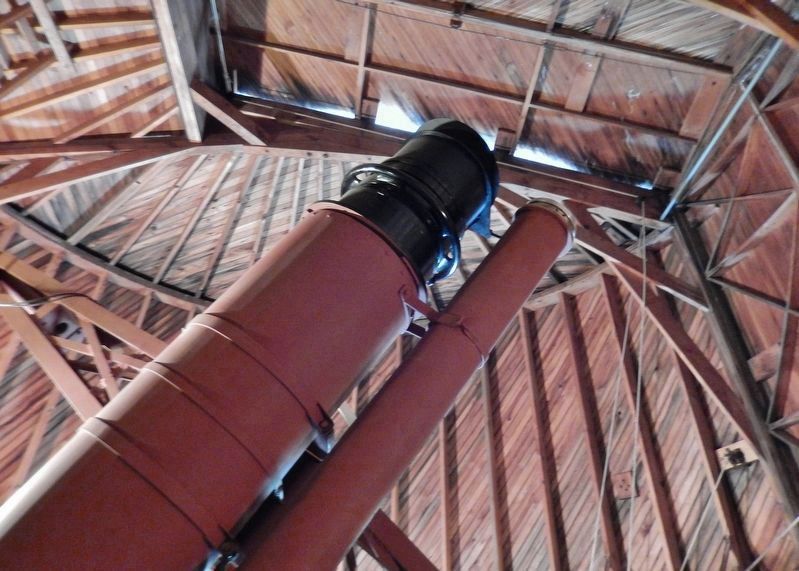 By Cosmos Mariner, May 31, 2015
3. Lowell Pluto Discovery Telescope
the telescope and dome. (Submitted on May 7, 2020, by Cosmos Mariner of Cape Canaveral, Florida.)

2. Lowell Observatory: Where Pluto Was Discovered. Using photographs taken with a 13-inch telescope (now called the Pluto Discovery Telescope), which was funded by Percival's brother, Abbott Lawrence Lowell, Clyde Tombaugh saw movement between different frames on Feb. 18, 1930. It was a tiny world called Pluto. Once considered a planet, Pluto was demoted to dwarf planet status in 2006 after icy worlds of a similar size were found in the outer solar system. (Submitted on May 7, 2020, by Cosmos Mariner of Cape Canaveral, Florida.)

3. Clyde Tombaugh: Astronomer Who Discovered Pluto. Clyde William Tombaugh was born near Streator, Ill., on Feb. 4, 1906. His family purchased a farm near Burdett, Kan., while he was still young, where a hailstorm ruined his family's crops and put an end to his hopes to attend college at the time. In 1928, the amateur astronomer was offered a job at Lowell Observatory in Arizona, where he discovered Pluto. (Submitted on May 7, 2020, by Cosmos Mariner of Cape Canaveral, Florida.)

4. The Pluto Telescope. Built in 1928-1929 expressly for the purpose of completing the search for “Planet X” – the name for the hypothetical ninth planet in the solar system that Percival Lowell 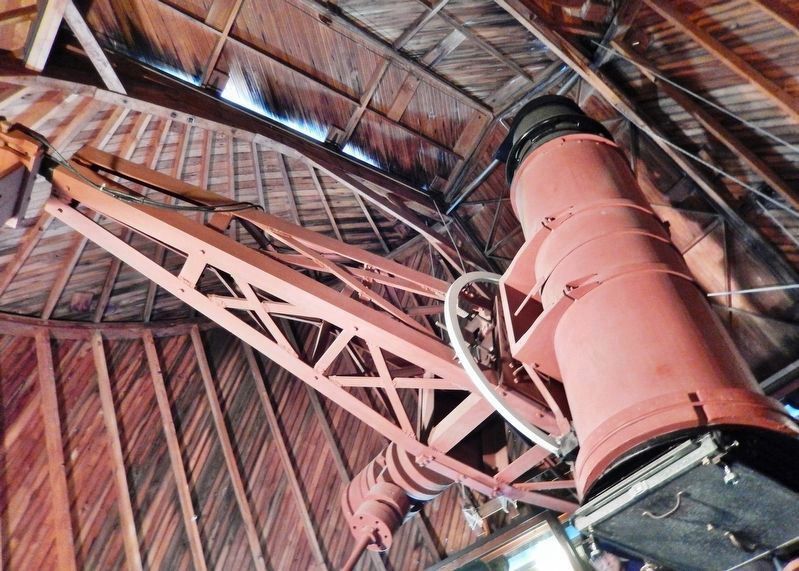 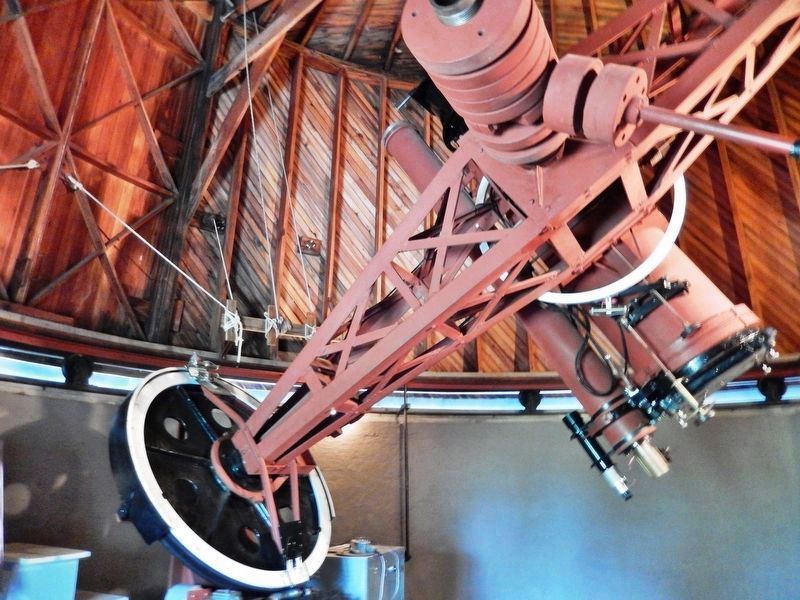 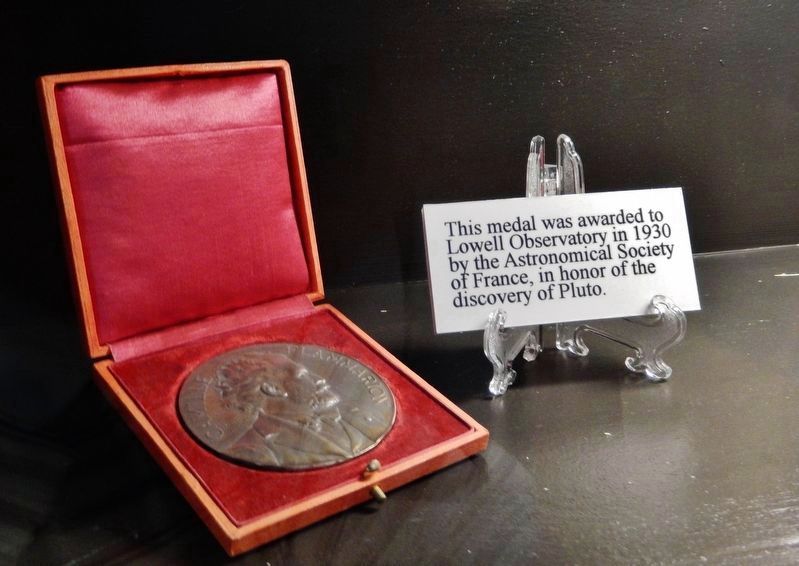