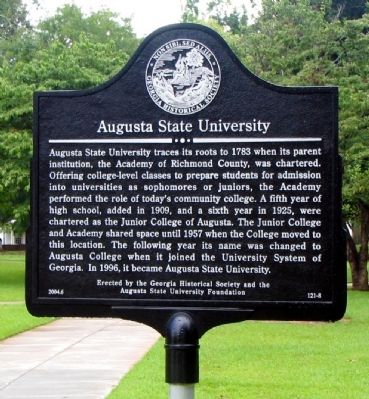 Augusta State University traces its roots to 1783 when its parent institution, the Academy of Richmond County, was chartered. Offering college-level classes to prepare students for admission into universities as sophomores or juniors, the Academy performed the role of today's community college. A fifth year of high school, added in 1909, and a sixth year in 1925, were chartered as the Junior College of Augusta. The Junior College and Academy shared space until 1957 when the College moved to this location. The following year its name was changed to Augusta College when it joined the University System of Georgia. In 1996, it became Augusta State University.

Topics and series. This historical marker is listed in this topic list: Education. In addition, it is included in the Georgia Historical Society series list. A significant historical year for this entry is 1783. 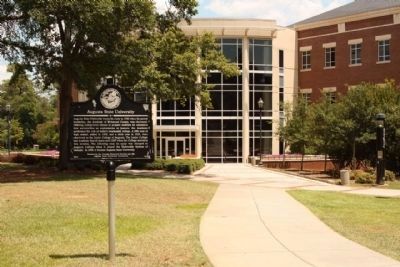 Click or scan to see
this page online
County. Marker is at the intersection of Walton Way and Fleming Avenue, on the right when traveling east on Walton Way. The marker is on the lawn of Augusta State University, at University Hall. Touch for map. Marker is at or near this postal address: 2500 Walton Way, Augusta GA 30904, United States of America. Touch for directions. 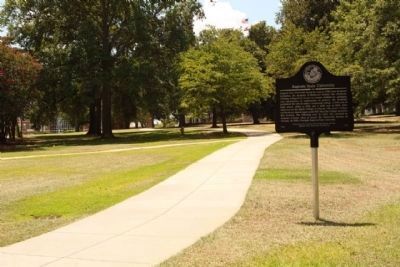 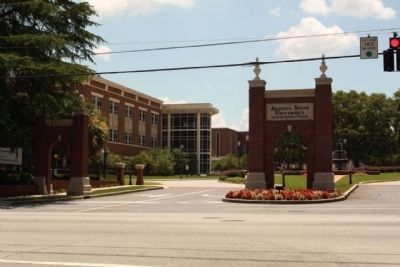