Photographed By Syd Whittle, May 13, 2006
1. Casa Grande Marker
Inscription.
Casa Grande. . Built in 1854 of adobe, brick and wood. Residence of Mines Managers until 1925. Most gracious and stately California Mansion of early days. Scene of important social and political events. Planned by Henry W. Halleck and built by J. Young and F. Meyer. Halleck was General-In-Chief, Union Armies, in Civil War. . This historical marker was erected by New Almaden Historical Society. It is in San Jose in Santa Clara County California

Location. Marker is missing. It was located near 37° 10.703′ N, 121° 49.172′ W. Marker was in San Jose, California, in Santa Clara County. Marker and site are located at New Almaden Quicksilver County Park. Touch for map. Marker was at or near this postal address: 21350 Almaden Road, San Jose CA 95120, United States of America. Touch for directions.

Other nearby markers. At least 8 other markers are within walking distance of this location. New Almaden Quicksilver Mine (here, next to this marker); a different marker also named Casa Grande (within shouting distance of this marker); The Randol Family Home (about 300 feet away, measured in a direct line); Hacienda Cemetery (about 400 feet away); 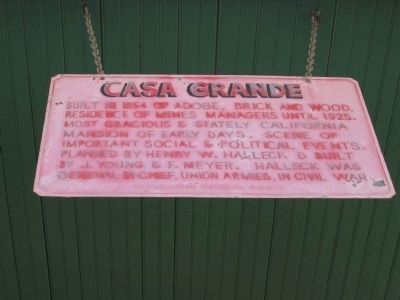 Also see all other New Almaden "Nearby Markers" for additional information. 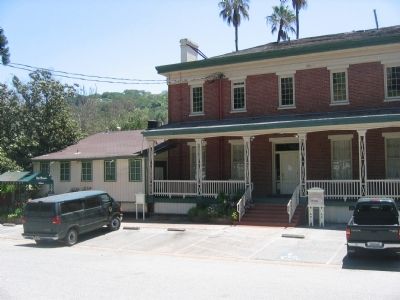 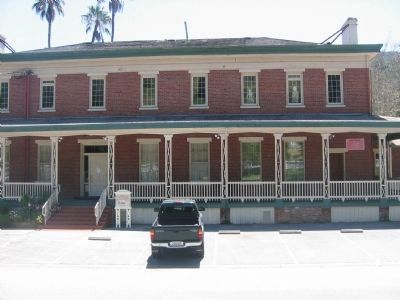 Photographed By Syd Whittle, May 13, 2006
4. Casa Grande
Marker is seen on the right of photo 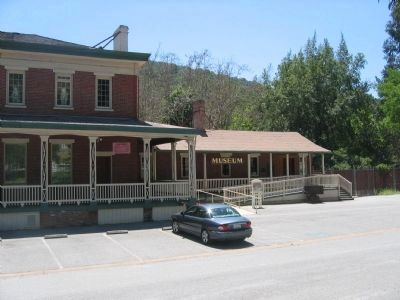 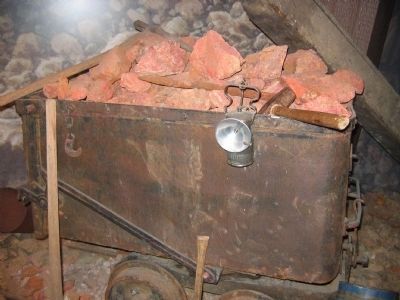 Photographed By Syd Whittle, May 13, 2006
6. Mining Exhibit on Display in Museum 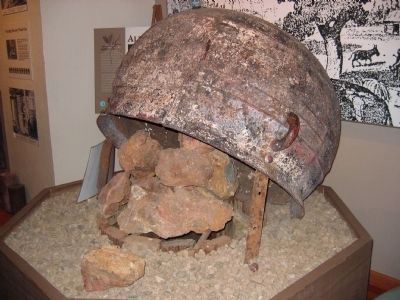 Photographed By Syd Whittle, May 13, 2006
7. Mining Exhibit on Display in Museum 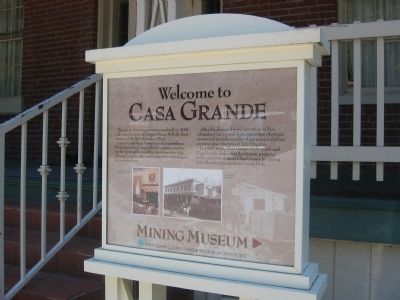 Photographed By Syd Whittle, May 13, 2006
8. Sign at Entrance to Casa Grande
Welcome to
CASA GRANDE
This stately three story mansion was built in 1854 under the direction of Captain Henry Halleck, then director of the New Almaden Mine.
Casa Grande (large house) served as residence for a succession of mine officials and as a country weekend retreat for wealthy mine investors who often gathered to relax and discuss their extravagant business dealings.

After closing of mine operations at New Almaden, Casa Grande had a succession of private owners and served a number of purposes, including a tourist resort known as Club Alamden.
In 1997, Santa Clara County Parks purchased Casa Grande, dedicating the historic property to the residents of Santa Clara County by adding it to Almaden Quicksilver County Park. 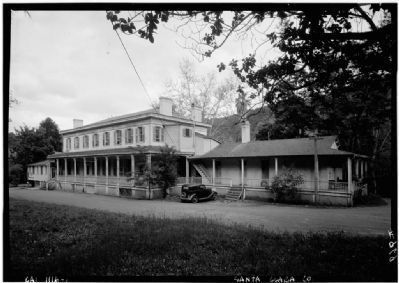 Historic American Buildings Survey (Library of Congress)
9. Casa Grande
Front and South Wall, View from West HABS CAL,43-ALMA,4-
Building/structure dates: 1854 initial construction Significance: Casa Grande was built in 1854 as the residence of the general manager of the New Almaden Mining Company, the richest and most productive mining enterprise in North America. Designed by San Francisco architect Gordon Parker Cummings and Henry W. Halleck, then manager of the company, the large two-story brick building was originally covered with stucco, scored to simulate ashlar masonry. Now only the first-floor stucco veneer remains. A low veranda with slender wooden balusters and supporting posts extends across the front and around the side elevations. The grounds were landscaped in 1854, and ca. 1865 a lake between the house and Alamitos Creek was constructed. To formalize the area surrounding the lake, extensive improvements were completed in 1882 under the direction of the company's manager, James Butterworth Randol. Until the early 20th century Casa Grande served as the manager's residence and the entertainment hall of the company. It has subsequently been used as a club, restaurant, bar and prostitution hall, and most recently, for commercial businesses on the lower levels and an apartment on the second floor.
Click for more information. 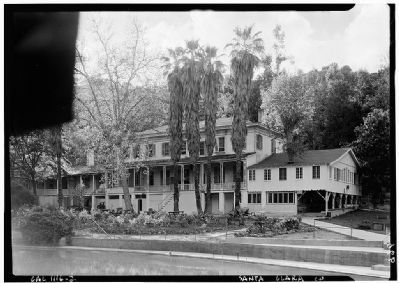 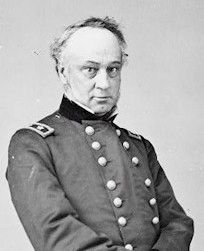 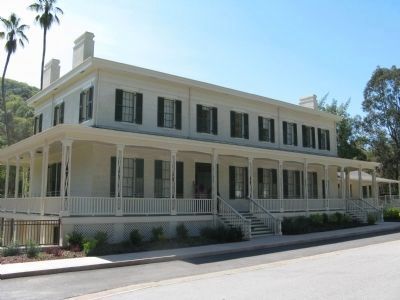 Photographed By Syd Whittle, March 29, 2011
12. Casa Grande
The building has recently been painted with the color changing from red to yellow. The markers originally placed at the front of the building have been removed. 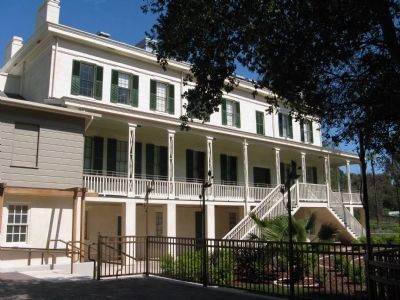