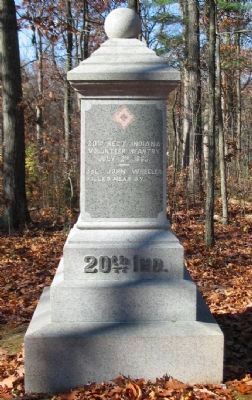 Location. 39° 47.695′ N, 77° 14.561′ W. Marker is in Cumberland Township, Pennsylvania, in Adams County. Memorial is at the intersection of Cross Avenue and Sickles Avenue, on the right when traveling west on Cross Avenue. Located between the Devils Den and Wheatfield sections of Gettysburg National Military Park. Touch for map. Marker is in this post office area: Gettysburg PA 17325, United States of America. Touch for directions. 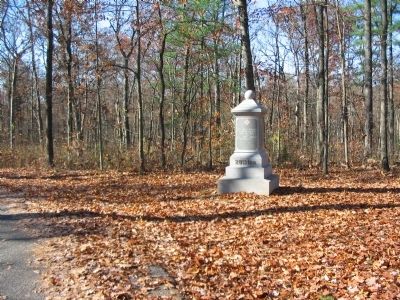 Also see . . .
1. Where they fought and died including John Wheeler memorial rock. Really good quality pictures of Devil's Den. (Submitted on July 19, 2011, by LC Anchor of Round Lake, Illinois.) 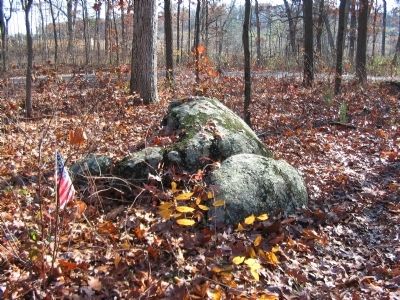 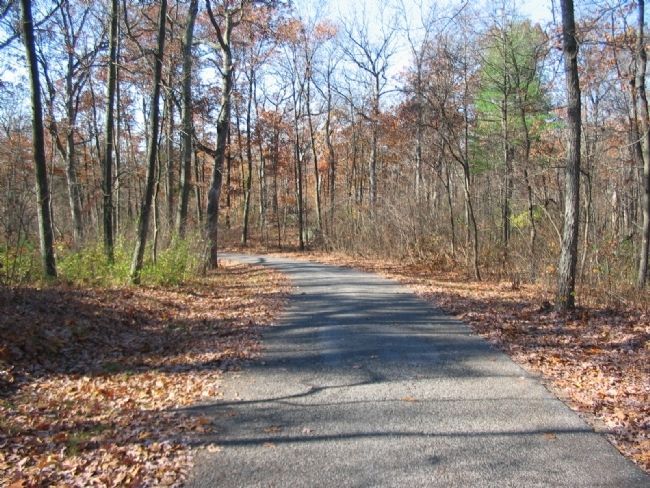 By Craig Swain, November 11, 2008
4. Rose Woods
Looking east on Cross Avenue a few dozen yards from the monument. The 20th Indiana faced the 3rd Arkansas and part of the 1st Texas in the woods. Initially the 99th Pennsylvania was posted to the right of the 20th Indiana. When the Pennsylvanians were pulled out to support Smith's Battery at the Devil's Den, the 20th Indiana extended a thin line to the boundary of the Rose Woods and Wheatfield to the north.
Credits. This page was last revised on December 2, 2020. It was originally submitted on January 4, 2009, by Craig Swain of Leesburg, Virginia. This page has been viewed 1,238 times since then and 11 times this year. Photos:   1, 2, 3, 4. submitted on January 4, 2009, by Craig Swain of Leesburg, Virginia.
Share This Page.