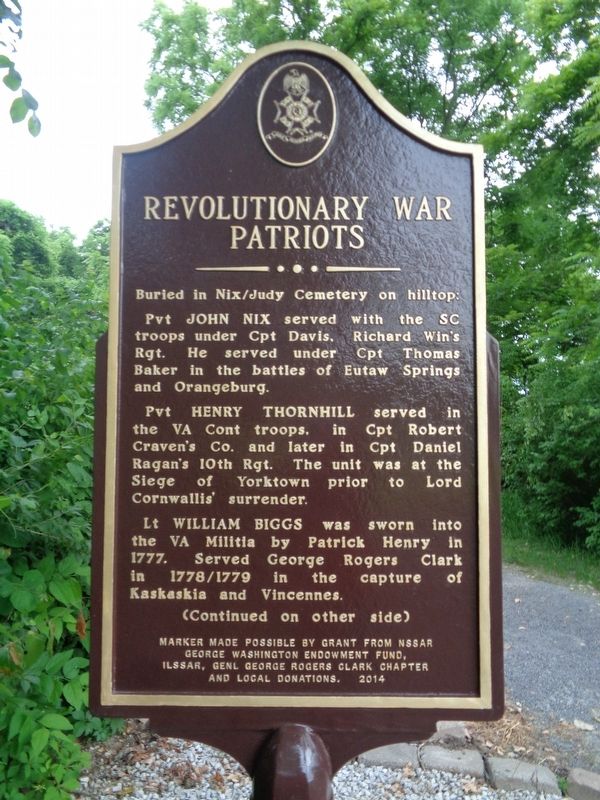 Buried in Nix/Judy Cemetery on hilltop:

Pvt John Nix served with the SC troops under Cpt Davis, Richard Win's Rgt. He served under Cpt Thomas Baker in the battles of Eutaw Springs and Orangeburg.

Pvt Henry Thornhill served in the VA Cont troops, in Cpt Robert Craven's Co. and later in Cpt Daniel Ragan's 10th Rgt. The unit was at the Siege of Yorktown prior to Lord Cornwallis' surrender.

Lt William Biggs was sworn into the VA Militia by Patrick Henry in 1777. Served George Rogers Clark in 1778/1779 in the capture of Kaskaskia and Vincennes.

Josias (Josiah) Wright was an officer from Montgomery Co. NC. 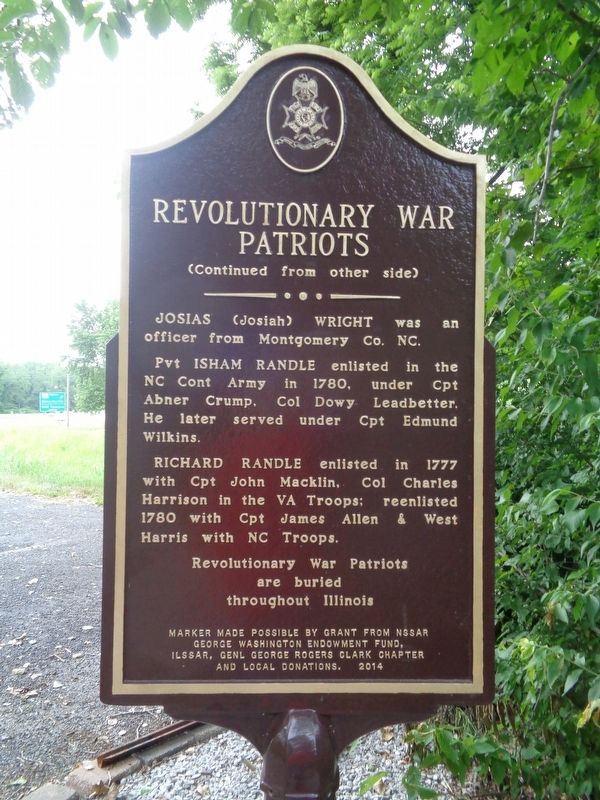 Topics and series. This memorial is listed in these topic lists: Cemeteries & Burial Sites • Patriots & Patriotism • War, US Revolutionary. In addition, it is included in the Sons of the American Revolution series list.

Location. 38° 45.539′ N, 90° 0.476′ W. Marker is in Glen Carbon, Illinois, in Madison County. Memorial can be reached from Bluff Road (Illinois Route 157) north of Interstate 270. The marker is off an unnamed road that leads to the Nix-Judy Pioneer and Nativity of the Virgin Mary Orthodox Cemeteries. Touch for map. Marker is at or near this postal address: Bluff Road, Edwardsville IL 62025, United States of America. Touch for directions.

More about this marker. Marker was dedicated on September 21, 2014. 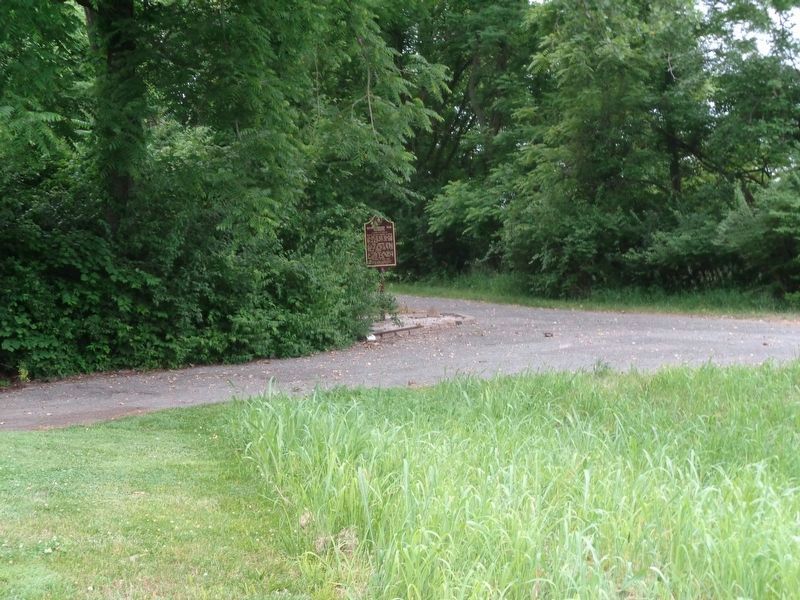 By Jason Voigt, June 8, 2020
3. Revolutionary War Patriots Marker
The marker is near the front of the Orthodox Cemetery. 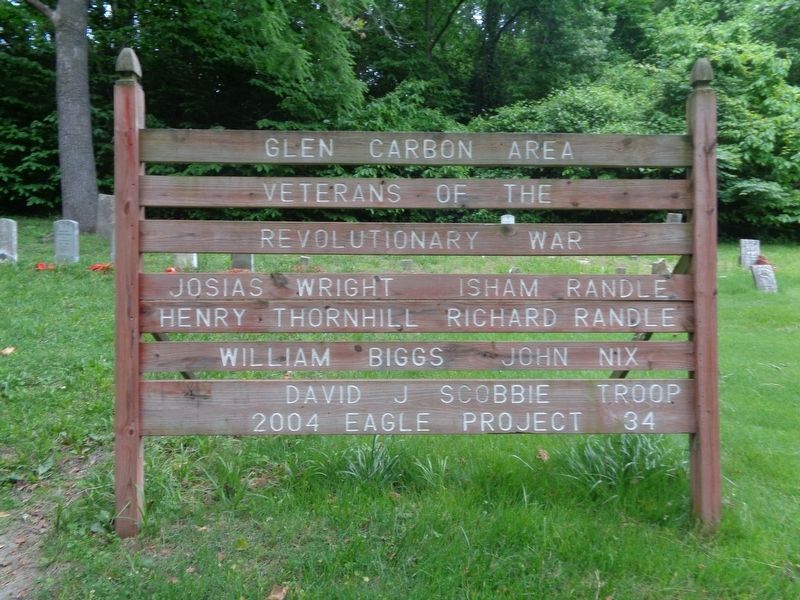 By Jason Voigt, June 8, 2020
4. Revolutionary War Patriots gravesite
Those who were mentioned on the marker have had modern headstones placed in recent years. This is part of the Nix/Judy Cemetery on the hilltop. 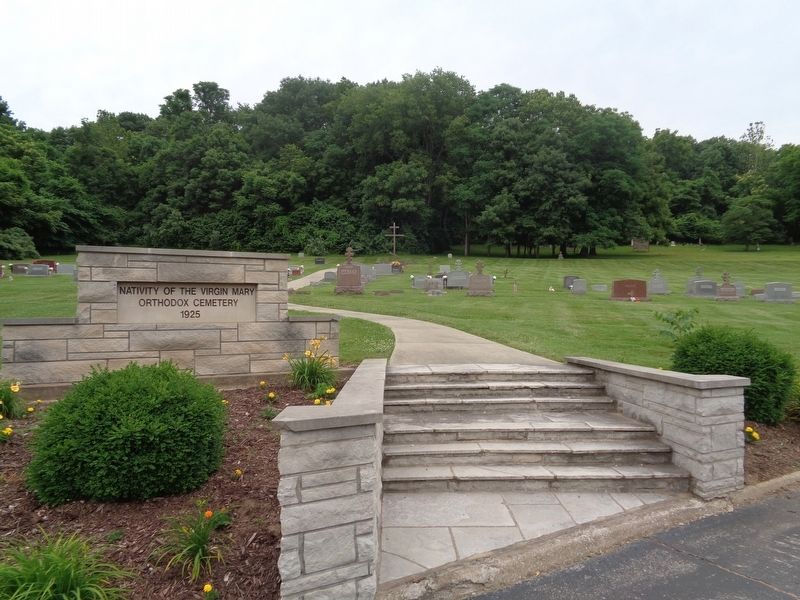