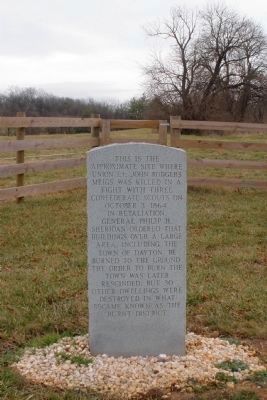 This is the approximate site where Union Lt. John Rodgers Meigs was killed in a fight with three Confederate scouts on October 3, 1864. In retaliation, General Philip H. Sheridan ordered that buildings over a large area, including the town of Dayton, be burned to the ground. The order to burn the town was later rescinded, but 30 other dwellings were destroyed in what became known as the "burnt district."

Topics. This historical marker is listed in this topic list: War, US Civil. A significant historical month for this entry is October 1741. 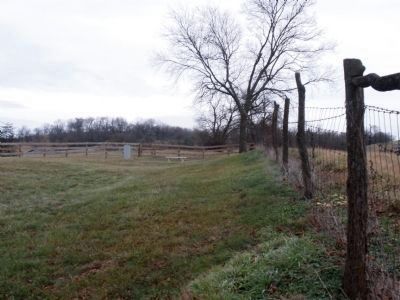 Related markers. Click here for a list of markers that are related to this marker. The Killing of Lt. Meigs and the Burning of Dayton