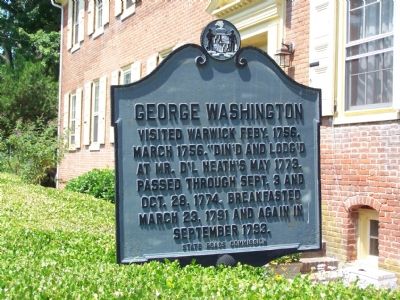 Topics and series. This historical marker is listed in these topic lists: Colonial Era • Patriots & Patriotism. In addition, it is included in the Former U.S. Presidents: #01 George Washington, and the George Washington Slept Here series lists.

Other nearby markers. At least 8 other markers are within 4 miles of this marker, measured as the crow flies. St. Francis Xavier Church (about 600 feet away, measured in a direct line); James Rumsey (approx. 0.4 miles away); Colonists' Wrought Iron Cross (approx. 2 miles away); “Worsell Mannor” 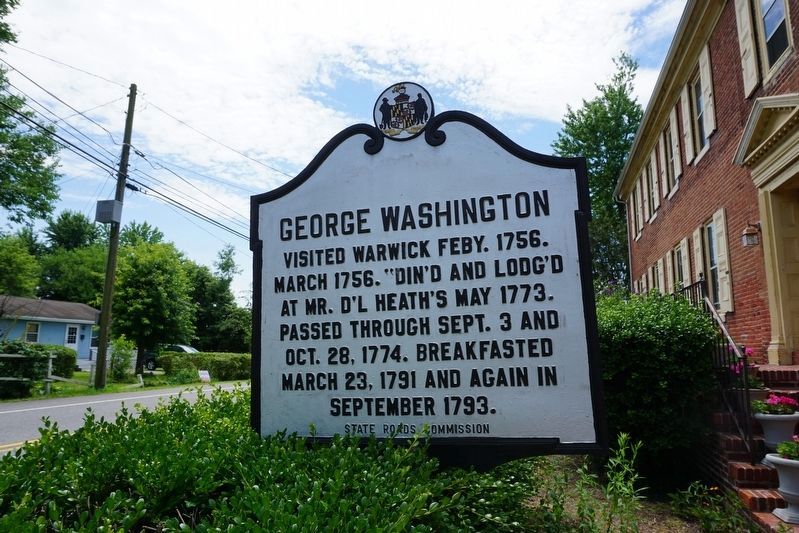 More about this marker. Ending quote mark ts missing from the marker. 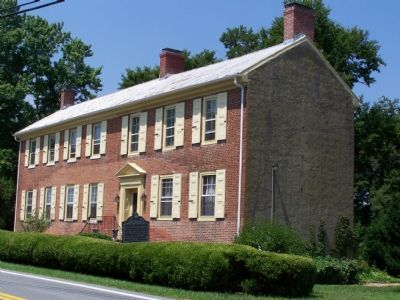