“Gone But Not Forgotten” 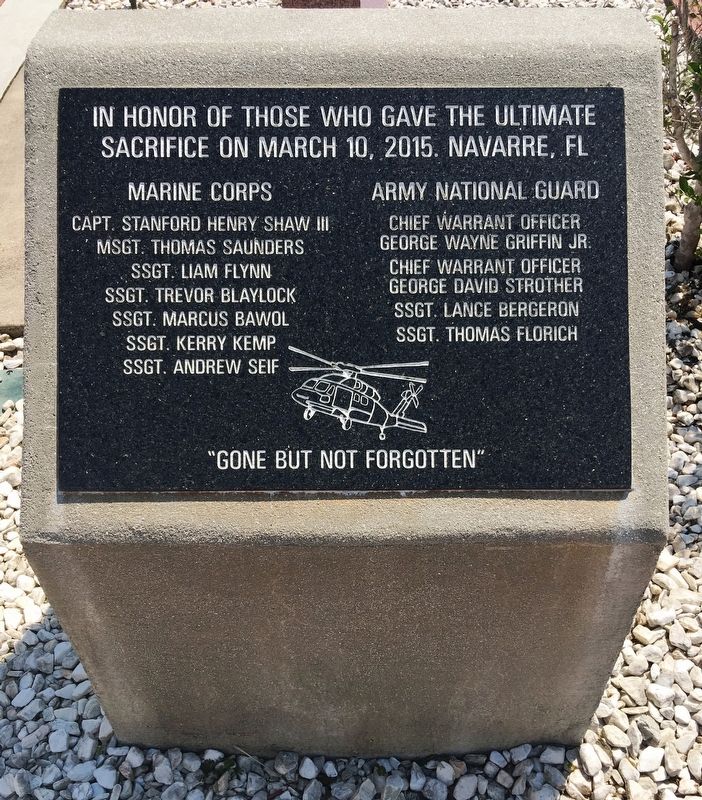 In Honor Of Those Who Gave The Ultimate Sacrifice On March 10, 2015. Navarre, FL

"Gone But Not Forgotten"

Erected by Santa Rosa County and the City of Milton.

Location. 30° 37.375′ N, 87° 2.13′ W. Marker is in Milton, Florida, in Santa Rosa County. Memorial can be reached from Willing Street one mile west of Caroline Street. The marker is located within the Santa Rosa County Veterans Memorial Plaza. Touch for map. Marker is at or near this postal address: 5191 Willing Street, Milton FL 32570, United States of America. Touch for directions.

Other nearby markers. At least 8 other markers are within walking distance of this marker. Unknown Soldier (here, next to this marker); The Liberty Tree