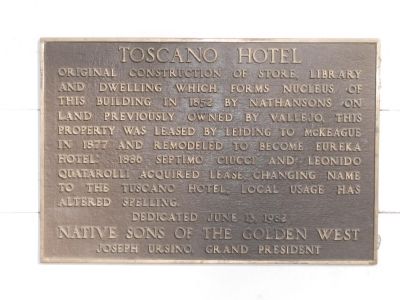 By Syd Whittle, January 10, 2009
1. Toscano Hotel Marker
Inscription.
Toscano Hotel. . Original construction of store, library and dwelling which forms nucleus of this building in 1852 by Nathansons on land previously owned by Vallejo, this property was leased by Leiding to McKeague in 1877 and remodeled to become Eureka Hotel. 1886 Septimo Ciucci and Leonido Quartarolli acquired lease, changing name to the Tuscano Hotel. Local usage has altered spelling. .
Dedicated June 13, 1982.
NATIVE SONS OF THE GOLDEN WEST.
Joseph Ursino, Grand President. . This historical marker was erected in 1982 by Native Sons of the Golden West, June 13, 1982. It is in Sonoma in Sonoma County California

Original construction of store, library and dwelling which forms nucleus of this building in 1852 by Nathansons on land previously owned by Vallejo, this property was leased by Leiding to McKeague in 1877 and remodeled to become Eureka Hotel. 1886 Septimo Ciucci and Leonido Quartarolli acquired lease, changing name to the Tuscano Hotel. Local usage has altered spelling.

Location. 38° 17.622′ N, 122° 27.415′ W. Marker is in Sonoma, California, in Sonoma County. Marker is mounted on the front of the building. The site ls located across from the Sonoma Plaza. Touch for map. Marker is at or near this postal address: 20 East Spain Street, Sonoma CA 95476, United States of America. Touch for directions.

Other nearby markers. At least 8 other markers are within walking distance of this marker. Sonoma Barracks (within shouting distance 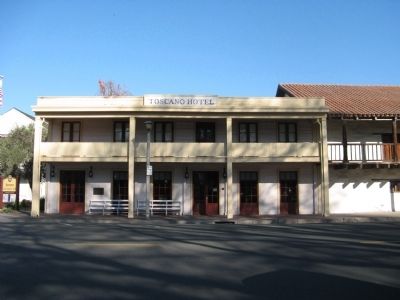 Also see . . .
1. The Toscano Hotel. Built in 1851, the building now known as the Toscano Hotel is the oldest commercial wood-frame structure in Sonoma and has a colorful history. In its early years, the building served many different purposes including warehouse, general store, and lending library. In 1886 an Italian immigrant from Tuscany, Settimo Cuicci and his partner, L. Quartaroli, rented the building and turned it into a working man's hotel (the Toscano, which means-man from Tuscany) to accommodate Italian immigrants who were hired to quarry basalt out of the hills 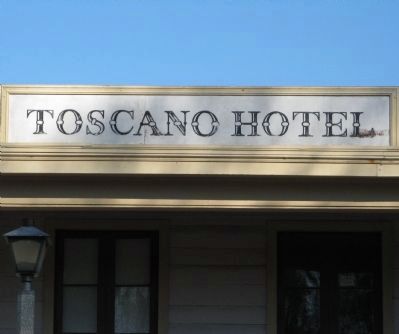 By Syd Whittle, January 10, 2009
3. Toscano Hotel
behind the hotel. The basalt blocks were used to pave the streets of San Francisco. (Submitted on January 13, 2009, by Syd Whittle of El Dorado Hills, California.)

Additional comments.
1. Nathanson’s General Store (Toscano Hotel)
This large, two-story wood frame building is of early California style and features overhanging second story open balcony with simple Greek Revival details. The building has considerably altered by the Dept. of Parks and Recreation, which now owns it.
Originally built by Mrs. Dorothea Nathanson as a general store and lending library with materials from the saw mill that was set up for the local Methodist Church that was then being built. It was bought by C.F. Leiding in 1867 and later housed several types of businesses before becoming the Toscano Hotel in 1886. Toscano means “man from Tuscany,” the northern Italian province from whence the proprietors, Ciucci and Quartaroli came. The last owner of the hotel was Mrs. Amelia Ciucci Walton who sold it to the State in 1957; restoration began in 1967. In 1972, the Sonoma League for Historic Preservation provided furnishings for the building and established 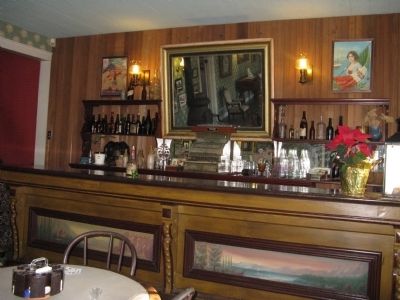 By Syd Whittle, January 10, 2009
4. The Bar at the Toscano Hotel
an on-going interpretative docent program for the viewing public.
— Submitted January 13, 2009, by Syd Whittle of El Dorado Hills, California. 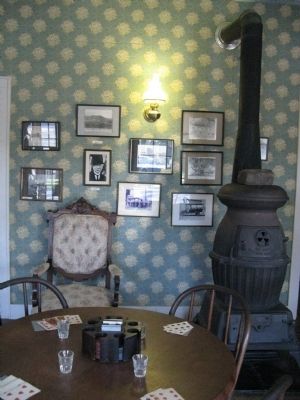 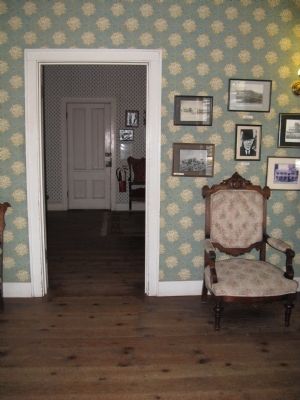 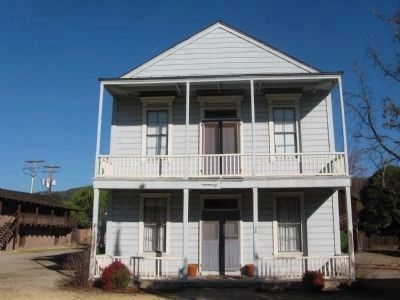 By Syd Whittle, January 10, 2009
7. Hotel Annex
(Dept. of Parks & Recreation Office)
Built originally as a saloon on the street in front of the Indian Servants' Quarters, it was then one-story. In 1903, Settimo Ciucci purchased the building and moved it to its present location where it was raised up and a first story was built under it. It had nine guest rooms.
(Located behind the Toscano Hotel)
More. Search the internet for Toscano Hotel.