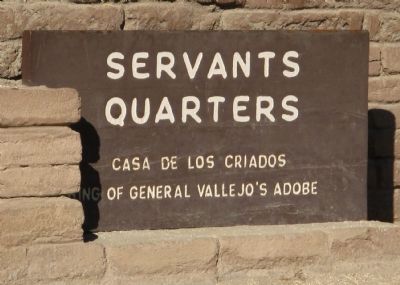 Location. 38° 17.638′ N, 122° 27.436′ W. Marker is in Sonoma, California, in Sonoma County. This adobe and marker are located behind the Toscana Hotel across from the Sonoma Plaza. Touch for map. Marker is at or near this postal address: 20 East Spain Street, Sonoma CA 95476, United States of America. Touch for directions. 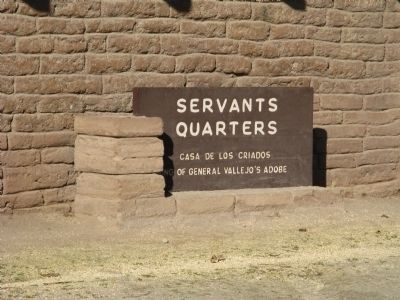 Click or scan to see
this page online
Sonoma Plaza History. Casa Grande is gone now, destroyed by fire in 1867, but you'll still find the two-story Indian servants' wing - set back from the street - that served the house during General Vallejo's time. (Submitted on January 13, 2009, by Syd Whittle of Mesa, Arizona.)

Additional commentary.
1. Casa Grande Indian Servants’ Quarters
This two-story Monterey Colonial style adobe was built with thick walls and hand-hewn lumber. Though restored, the building today is only a shell that has an open second floor veranda with wooden railing and posts.
Source: Sonoma Walking Tour Brochure
— Submitted January 13, 2009, by Syd Whittle of Mesa, Arizona.
2. Casa Grande
Casa Grande was the home of General Vallejo and his family. It was the main building on the plaza and stood in the middle of the block. Eleven of Vallejo’s children were born there. The building featured a four-story tower from which Vallejo could survey the countryside. The ground floor, after the family moved in 1853 to their new home, Lachryma Montis, was used at various times as a retail store, city council chambers and a girl’s school. Originally built 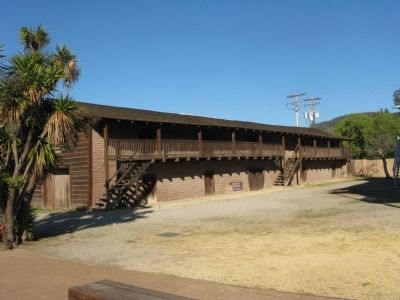 By Syd Whittle, January 10, 2009
3. Servants Quarters
in an L-shape, the main wing of the building was destroyed by fire on April 13, 1867. The Servants’ Quarters is the only section that survived.
Source: Sonoma Walking Tour Brochure
— Submitted January 13, 2009, by Syd Whittle of Mesa, Arizona. 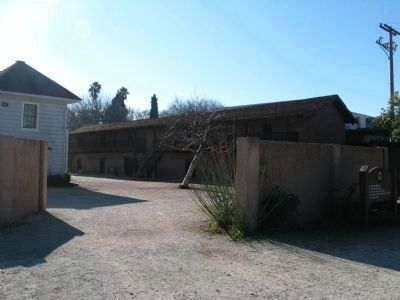