The Home of Rebecca Hart 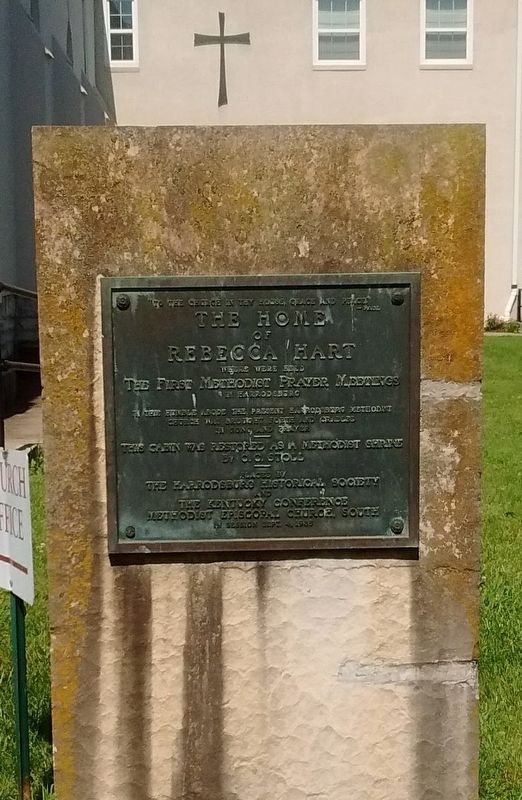 “To the church in thy house, grace and peace.”
-- Paul

The Home of Rebecca Hart where were held the First Methodist prayer meetings in Harrodsburg.

In this humble abode the present Harrodsburg Methodist Church was brought forth and cradled in song and prayer.

This cabin was restored as a Methodist Shrine by C.C. Stoll.

Topics. This historical marker is listed in these topic lists: Arts, Letters, Music • Churches & Religion • Women. A significant historical date for this entry is September 4, 1935.

Location. 37° 45.698′ N, 84° 50.68′ W. Marker is in Harrodsburg, Kentucky, in Mercer County. Marker is on South Chiles Street just north of West Poplar Street, on the left when traveling north. Touch for map. Marker is at or near this postal address: 128 S Chiles St, Harrodsburg KY 40330, United States of America. Touch for directions.

Other nearby markers. At least 8 other markers are within walking distance of this marker. United Methodist Church and Parsonage (a few steps from this marker); William McBride House (within shouting distance of 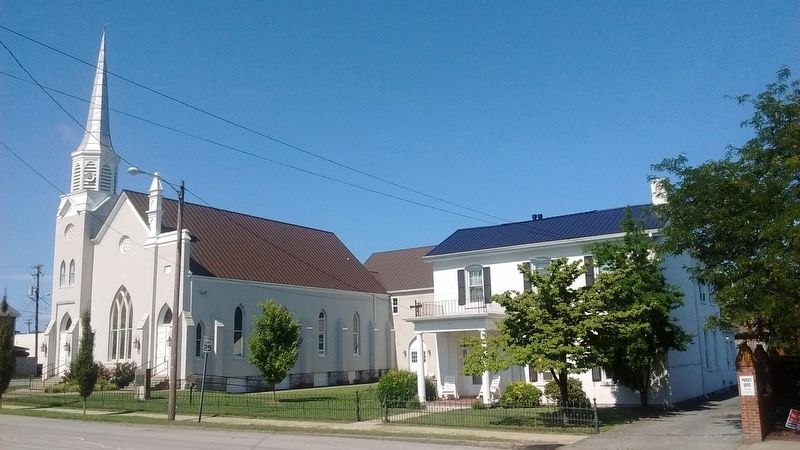