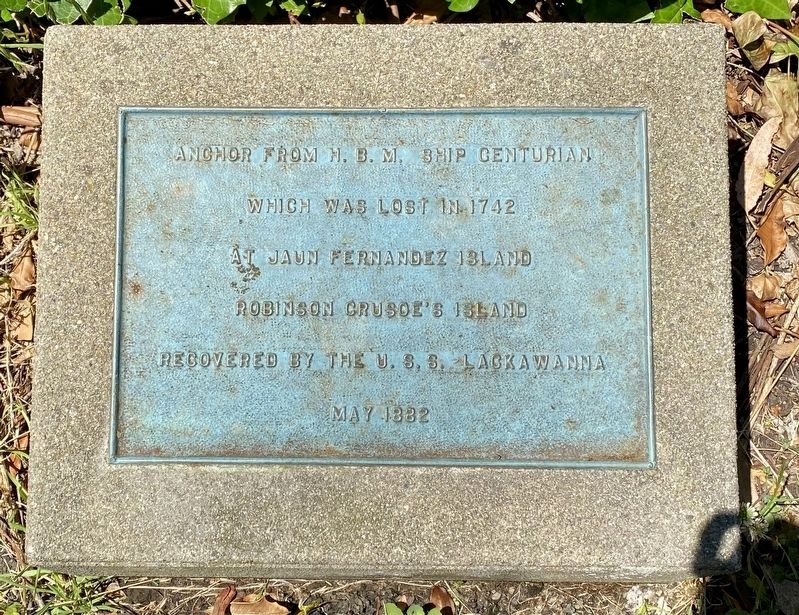 Anchor from H.B.M. Ship Centurian , which was lost in 1742 , at Jaun Fernandez Island , Robinson Crusoe's Island , Recovered by the U.S.S. Lackawanna , May 1882 , . This historical marker is in Vallejo in Solano County California

Anchor from H.B.M. Ship Centurian
which was lost in 1742
at Jaun Fernandez Island
Robinson Crusoe's Island
Recovered by the U.S.S. Lackawanna
May 1882


Topics. This historical marker is listed in this topic list: Waterways & Vessels. A significant historical month for this entry is May 1832.

More about this marker. Located in the northwestern corner of Alden Park in the former Mare Island Naval Shipyard, the anchor and its marker are rather easy to miss as they blend in rather well with the surrounding shrubbery. 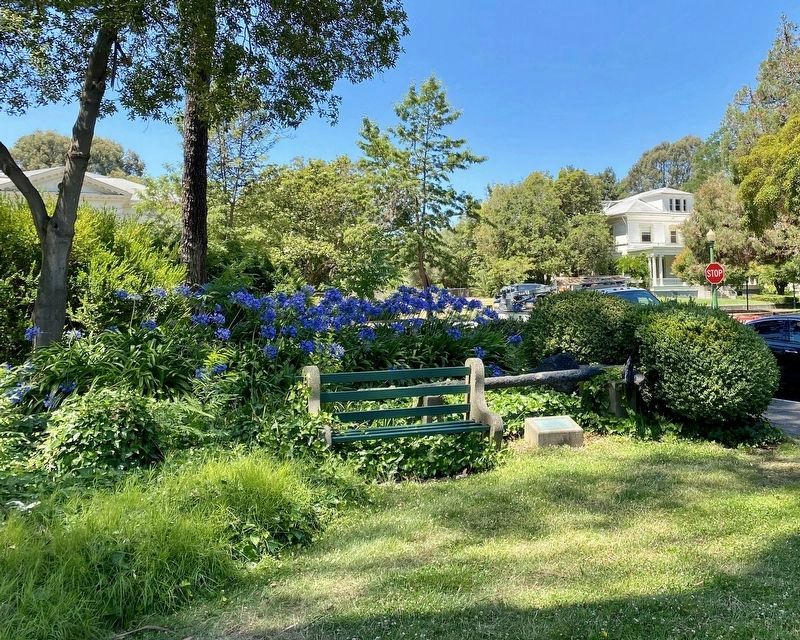 Photographed By Andrew Ruppenstein, July 9, 2020
2. H.B.M. Centurian Anchor Marker - wide view
The marker is to be seen here to the right of the bench, with the anchor visible behind it.

Click or scan to see
this page online
This marker requires a couple of assumptions in order for it to make sense. Firstly, presumably Juan Fernandez Island was meant, not "Jaun". Secondly, presumably the anchor comes from the H.M.S. Centurion, not "Centurian", which did record a visit to the island in 1742 as part of George Anson's Voyage around the world (see link below), but did not sink there. In other words, the anchor was lost there, not the ship.

Also see . . .
1. George Anson's voyage around the world (Wikipedia). "While Great Britain was at war with Spain in 1740, Commodore George Anson led a squadron of eight ships on a mission to disrupt or capture Spain's Pacific possessions. Returning to Britain in 1744 by way of China and thus completing a circumnavigation, the voyage was notable for the capture of an Acapulco galleon but also horrific losses to disease with only 188 men of the original 1,854 surviving." (Submitted on July 17, 2020.)