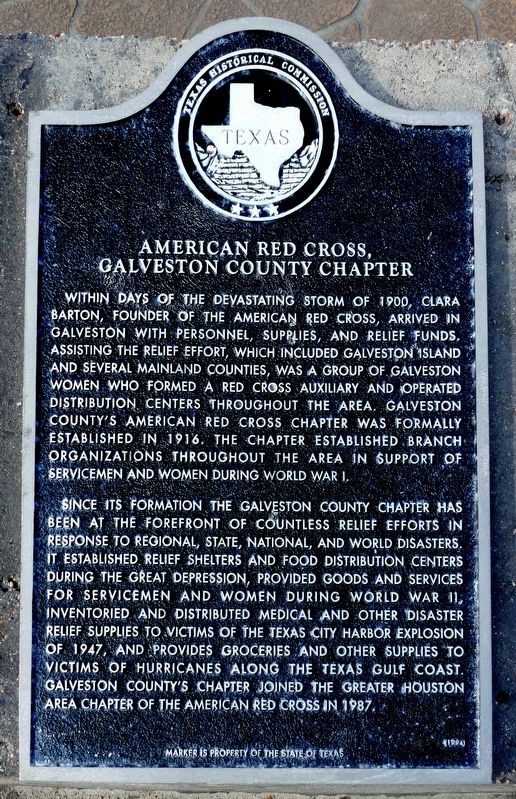 Within days of the devastating storm of 1900 Clara Barton, founder of the American Red Cross, arrived in Galveston with personnel, supplies, and relief funds. Assisting the relief effort, which included Galveston Island and several mainland counties, was a group of Galveston women who formed a Red Cross auxiliary and operated distribution centers throughout the area. Galveston County's American Red Cross Chapter was formally established in 1916. The chapter established branch organizations throughout the area in support of servicemen and women during World War I.

Since its formation the Galveston County chapter has been at the forefront of countless relief efforts in response to regional, state, national, and world disasters. It established relief shelters and food distribution centers during the Great Depression, provided goods and services for servicemen and women during World War II, inventoried and distributed medical and other disaster relief supplies to victims of the Texas City harbor explosion of 1947, and provides groceries and other supplies to victims of hurricanes along the Texas Gulf Coast. Galveston County's 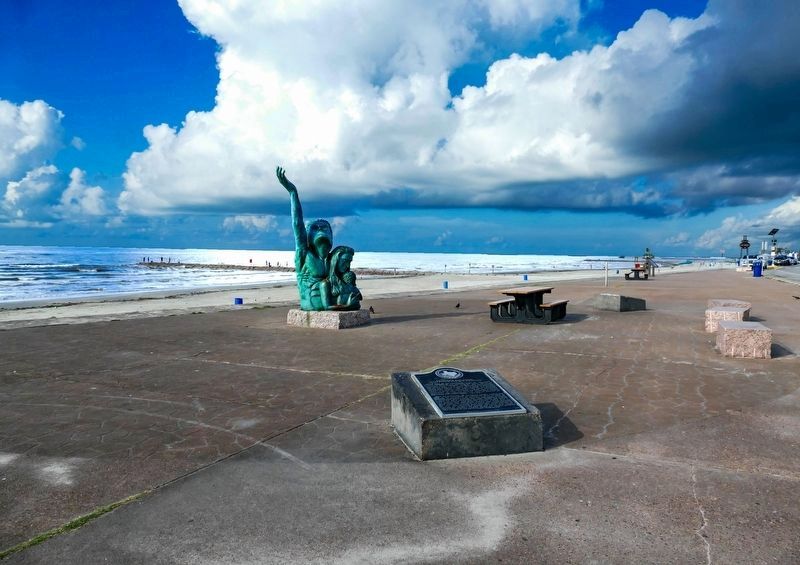 Photographed By Jim Evans, July 19, 2000
2. American Red Cross, Galveston County Chapter Marker
The Red Cross marker is on the nearest object to the camera. The Original Seawall marker is just past the picnic table.

Click or scan to see
this page online
chapter joined the Greater Houston Area Chapter of the American Red Cross in 1987.

Marker is property of the State of Texas

Topics and series. This historical marker is listed in this topic list: Charity & Public Work. In addition, it is included in the Clara Barton series list. A significant historical year for this entry is 1900. 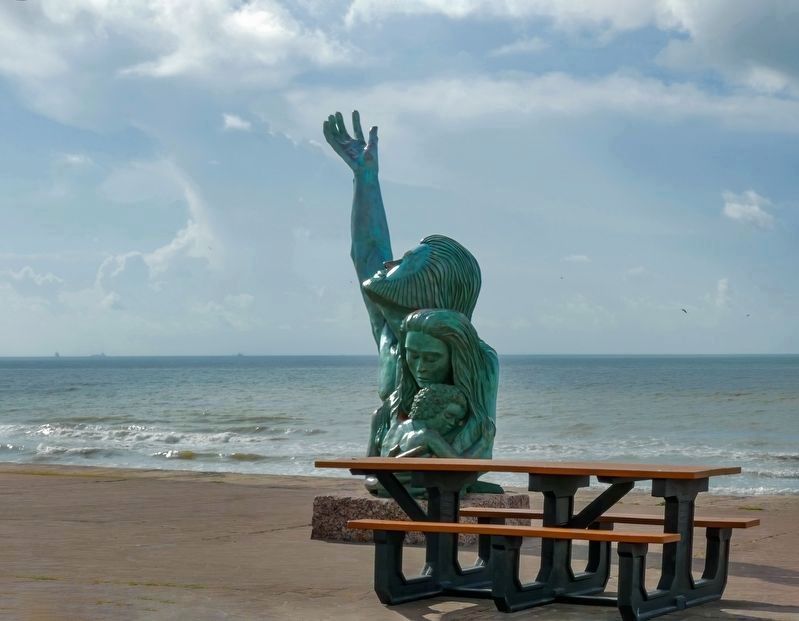 Photographed By Jim Evans, July 19, 2000
3. 1900 Storm Memorial
The statue is in memory of the victims lost at sea during the Galveston hurricane of September 8, 1900. A "Place of Remembrance" to commemorate the 100-year anniversary of the storm.

The 1900 storm virtually destroyed the City of Galveston. It caused the most deaths of any natural disaster in United States history, even up to today.