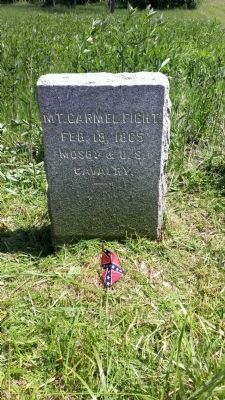 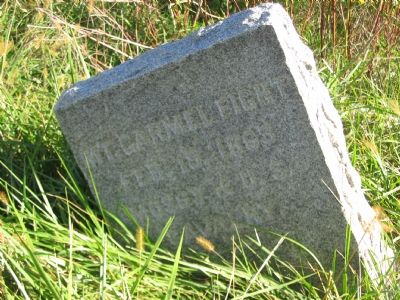 Regarding Mt. Carmel Fight. The stone commemorates a short fight in the Federal operations aimed to suppress Confederate Col. John S. Mosby's rangers. A Federal party had just completed a sweep through western Fauquier County to detain men affiliated with Mosby's group. While making their way north, the party was ambushed by a Confederate force. Although outnumbering the Confederates, since the fighting was at close range, numbers were negated. The Federals scattered and made their way to the Shenandoah River and safety. Thirteen Federals were killed in the action, and some 63 captured, of a total of around two-hundred. 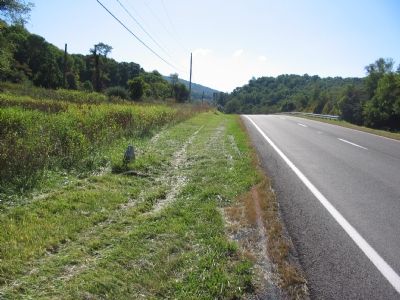 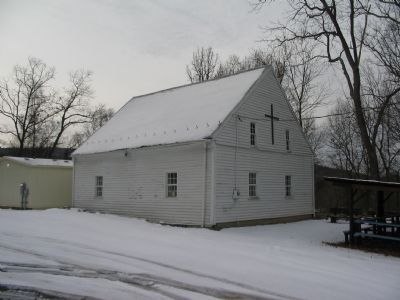 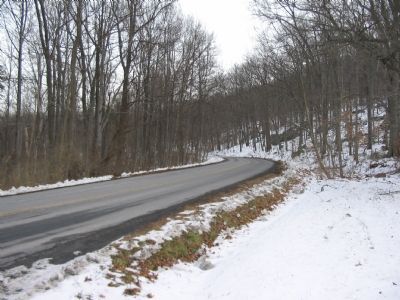 Photographed By Craig Swain, January 19, 2008
5. Skirmish Site
Just past the church, the road takes a sharp bend. At the time of the Civil War, stone walls bordered the road. Near this point, a detachment of Mosby's Rangers under Major Adolphus "Dolly" Richards ambushed a Federal detachment. In a close quarters, and rather violent action, 13 Federals were killed and 63 captured. One of the Rangers was wounded.
Credits. This page was last revised on July 22, 2020. It was originally submitted on November 11, 2007. This page has been viewed 2,398 times since then and 47 times this year. Last updated on July 19, 2020, by Bradley Owen of Morgantown, West Virginia. Photos:   1. submitted on June 5, 2014, by Dave Clarke of Berryville, Virginia.   2, 3. submitted on November 11, 2007, by Craig Swain of Leesburg, Virginia.   4, 5. submitted on January 19, 2008, by Craig Swain of Leesburg, Virginia. • J. Makali Bruton was the editor who published this page.
Share this page.