Died in the Line of Duty 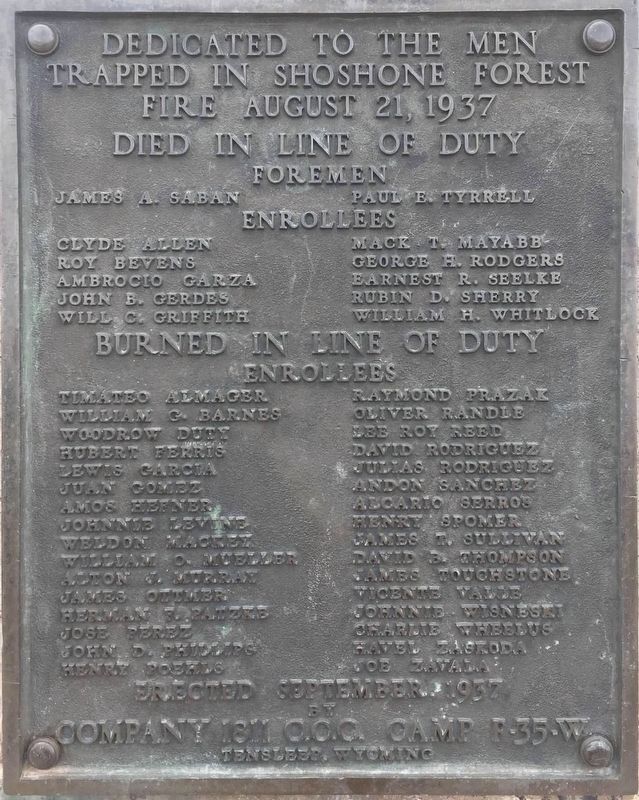 Died in the line of duty

Burned in the line of duty

Tensleep, Wyoming . This historical marker was erected in 1937 by Company 1811 C.C.C. Camp F-35-W. It is in Ten Sleep in Washakie County Wyoming

Dedicated to the men trapped in Shoshone Forest

Died in the line of duty

Burned in the line of duty 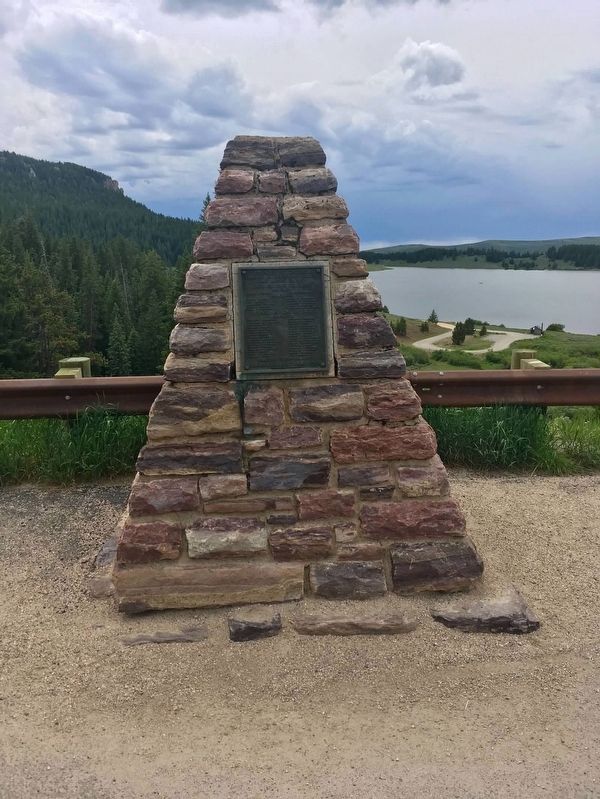 Topics and series. This historical marker is listed in these topic lists: Disasters • Horticulture & Forestry. In addition, it is included in the Civilian Conservation Corps (CCC) series list. A significant historical date for this entry is August 21, 1937.

Also see . . .  Blackwater Fire of 1937 (Wikipedia). "On August 18, 1937, a lightning strike started the Blackwater Fire in Shoshone National Forest, approximately 35 miles (56 km) west of Cody, Wyoming, United States. Fifteen firefighters were killed by the forest fire when a dry weather front caused the winds to suddenly increase and change direction. The fire quickly spread into dense forest, creating spot fires that trapped some of the firefighters in a firestorm. Nine firefighters died during the fire and six more died shortly thereafter from severe burns and respiratory complications. Another 38 firefighters were injured. The fire killed more professional wildland firefighters in the U.S. than any other in the 103 years between the Great Fire of 1910 and the Yarnell Hill Fire in 2013." (Submitted on July 21, 2020.)
Credits. This page was last revised on March 23, 2021. It was originally submitted on July 20, 2020, by Connor Olson of Lemmon, South Dakota. This page has been viewed 110 times since then and 17 times this year. Photos:   1, 2. submitted on July 20, 2020, by Connor Olson of Lemmon, South Dakota. • Andrew Ruppenstein was the editor who published this page.
Share this page.