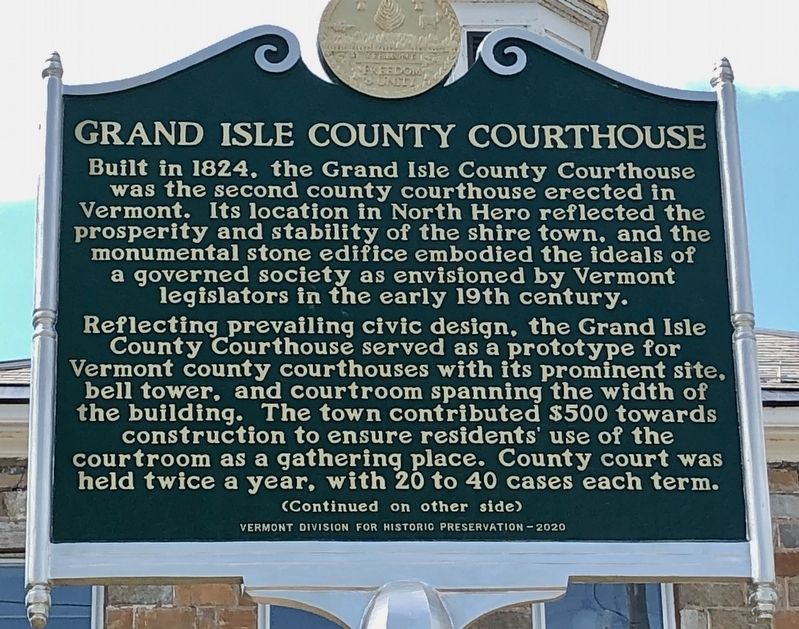 Built in 1824, the Grand Isle County Courthouse was the second county courthouse erected in Vermont. Its location in North Hero reflected the prosperity and stability of the shire town, and the monumental stone edifice embodied the ideals of a governed society as envisioned by Vermont legislators in the early 19th century.

Reflecting prevailing civic design, the Grand Isle County Courthouse served as a prototype for Vermont county courthouses with its prominent site, bell tower, and courtroom spanning the width of the building. The town contributed $500 towards construction to ensure residents’ use of the courtroom as a gathering place. County court was held twice a year, with 20 to 40 cases each term.

( back )
The Grand Isle County Courthouse was masterfully built in the Federal style by Mott, Strong, & Mott. Public subscription supported initial costs and the addition of an iconic bell tower. The construction committee directed the building be finished in regularly coursed ashlar; the limestone was procured from Isle La Motte. It stands as the only extant stone county courthouse in Vermont. 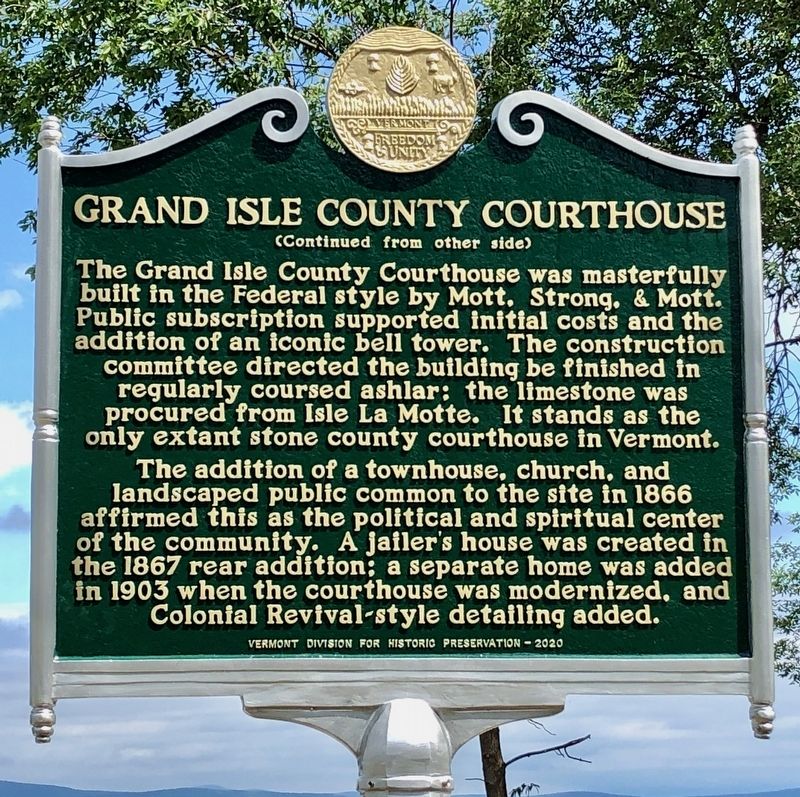 By Dennis Gilkenson, July 17, 2020
2. Grand Isle County Courthouse Marker (side 2)
The addition of a townhouse, church, and landscaped public common to the site in 1866 affirmed this as the political and spiritual center of the community. A jailer’s house was created in the 1867 rear addition; a separate home was added in 1903 when the courthouse was modernized, and Colonial Revival-style detailing added.

Topics. This historical marker is listed in these topic lists: Architecture • Law Enforcement. 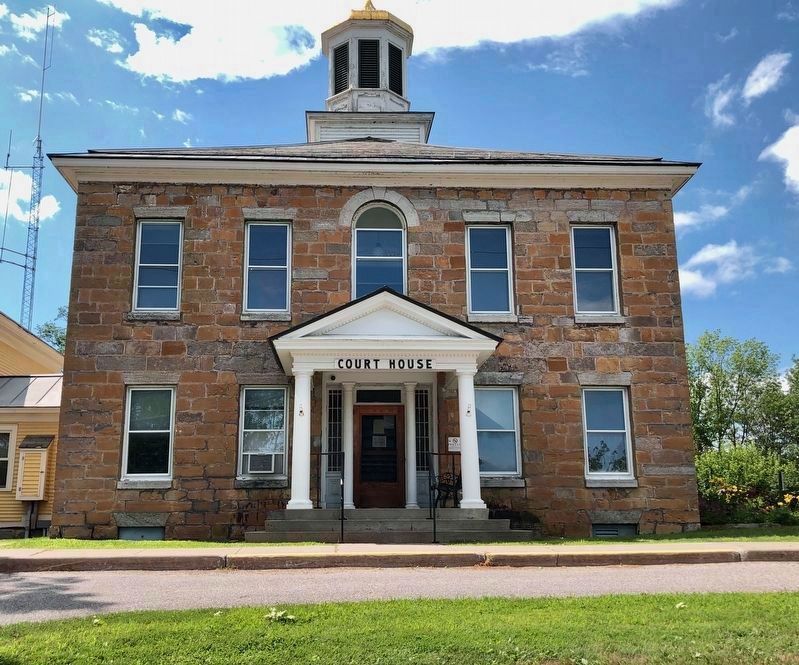 Editor’s want-list for this marker. A wide angle photo of the marker and its surroundings. • Can you help?
Share This Page.