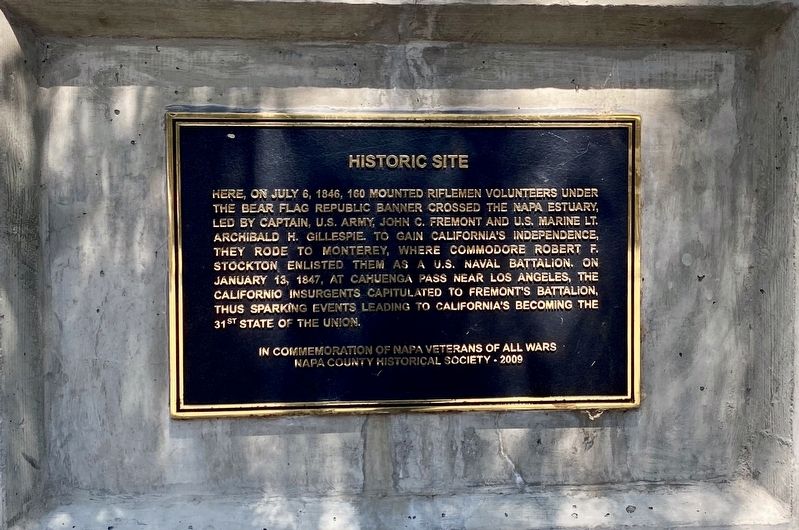 Here, on July 6, 1846, 160 mounted riflemen volunteers under the Bear Flag Republic Banner crossed the Napa estuary, led by Captain, U.S. Army, John C. Fremont and U.S. Marine Lt. Archibald H. Gillespie. To gain California's independence, they rode to Monterey, where Commodore Robert F. Stockton enlisted them as a U.S. naval battalion. On January 13, 1847, at Cahuenga Pass near Los Angeles, the Californio insurgents capitulated to Fremont's Battalion, thus sparking events leading to California's becoming the 31st state of the Union. . This historical marker was erected in 2009 by Napa County Historical Society. It is in Napa in Napa County California

Topics. This historical marker is listed in this topic list: War, Mexican-American. A significant historical date for this entry is January 13, 1847. 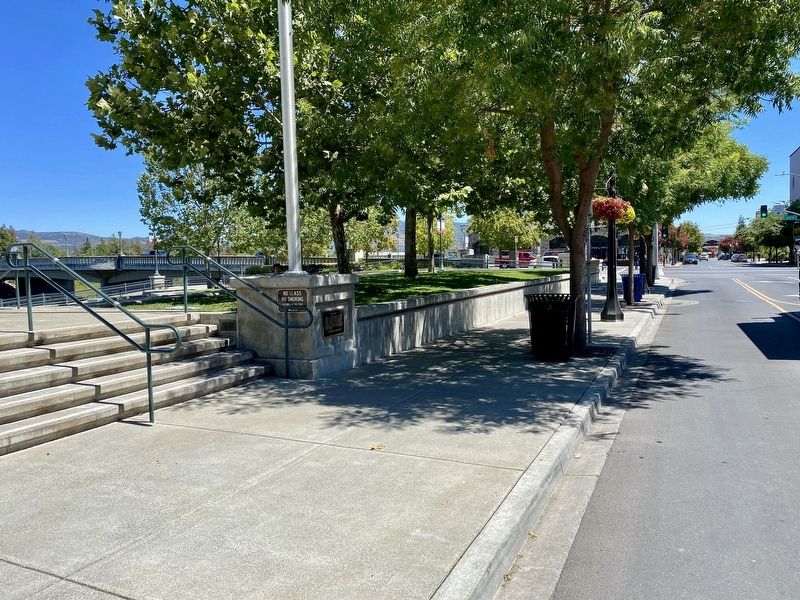 More about this marker. The marker is mounted to the base of the flagpole at the entrance to Veterans Memorial Park. 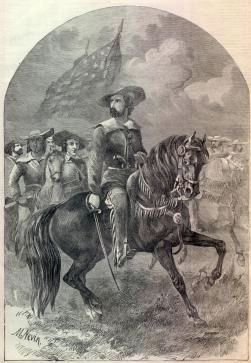