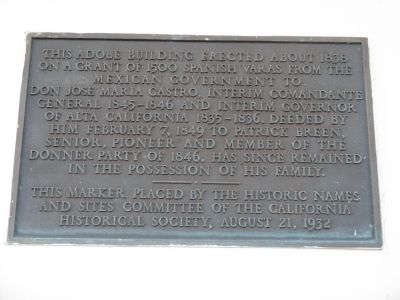 Photographed By Syd Whittle, January 11, 2009
1. Castro Adobe Marker
Inscription.
Castro - Breen Adobe. . , This adobe building erected about 1838 on a grant of 1500 Spanish varas from the Mexican Government to Don Jose Maria Castro, interim Comandante General 1845-1846 and interim Governor of Alta California 1835-1836. Deeded by him February 7, 1849 to Patrick Breen, Senior, Pioneer and member of the Donner Party of 1846. Has since remained in the possession of his family. . This historical marker was erected in 1932 by The Historic Names and Sites Committee of the California Historical Society, August 21, 1932. It is in San Juan Bautista in San Benito County California

This adobe building erected about 1838 on a grant of 1500 Spanish varas from the Mexican Government to Don Jose Maria Castro, interim Comandante General 1845-1846 and interim Governor of Alta California 1835-1836. Deeded by him February 7, 1849 to Patrick Breen, Senior, Pioneer and member of the Donner Party of 1846. Has since remained in the possession of his family.

Erected 1932 by The Historic Names and Sites Committee of the California Historical Society, August 21, 1932. (Marker Number 179.)

Topics and series. This historical marker is listed in these topic lists: Architecture • Government & Politics • Industry & Commerce • Settlements & Settlers. In addition, it is included in the California Historical Landmarks series list. A significant historical month for this entry is February 1825.

Location. 36° 50.684′ N, 121° 32.141′ W. Marker is in San Juan Bautista, California, in San Benito County. Marker can be reached from the intersection of Second Street and Washington Street. Marker is mounted on the building. The building is 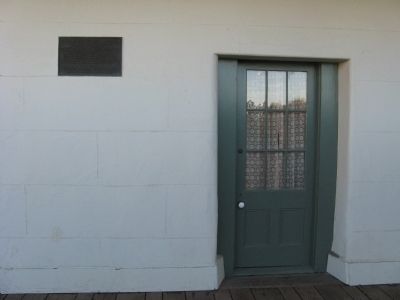 Photographed By Syd Whittle, January 11, 2009
2. An Entrance Door and the Castro Adobe Marker

Also see . . .  San Juan Bautista History. City website homepage:
After 1834 the town of San Juan, close beside the old mission, became known temporarily as San Juan de Castro. Jose Tiburcio Castro became the civil or secular administrator of the mission and, acting in accordance with the mission secularization decree issed that year, he divided up the mission property and auctioned it off to friends, neighbors and relatives. (Submitted on January 16, 2009.)

Additional commentary.
1. The Castro House
This building was designated as California Registered Historical 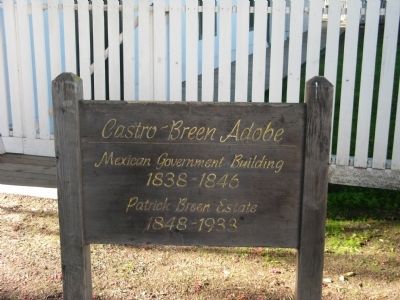 Photographed By Syd Whittle, January 10, 2009
3. Sign At the Adobe
CASTRO - BREEN ADOBE
Mexican Government Building
1838 - 1846
Patrick Breen Estate
1848 - 1933
Landmark No.179 on March 6, 1935.
Statement of Significance:
In the 1840s the Castro House was built to house General José Castro's administrative office and his secretary. In 1848 Castro sold the house to Patrick Breen, survivor of the ill-fated Donner party of 1846, and the Breen family lived here for many years.

This property was also listed on the National Register of Historic Places on 4/15/70.
— Submitted January 16, 2009, by Syd Whittle of Mesa, Arizona.
2. Castro-Breen Adobe
As members of the ill-fated Donner Party, Patrick and Margaret Breen and their seven children had been stranded in the Sierra Nevada without supplies for 111 days during the snowstorms of 1846. It is said that they arrived penniless in San Juan and were given free shelter in the Mission. Early in 1848, when word came that gold had been discovered in the Sierra foothills, one of the Breen children, 16-year old John, set out for the goldfields and returned with about $10,000 in gold dust.
In December 1848 the Breens purchased the Castro adobe and later 400 acres of land in the San Juan Valley. Until 1933, when it became part of the State Historic Park, the old adobe was occupied by succeeding generations of the Breen family and their employees.
Source: San Juan Historical 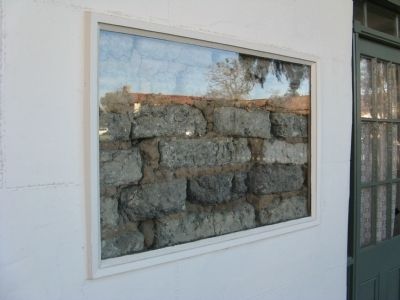 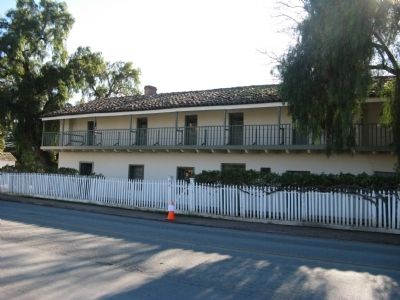 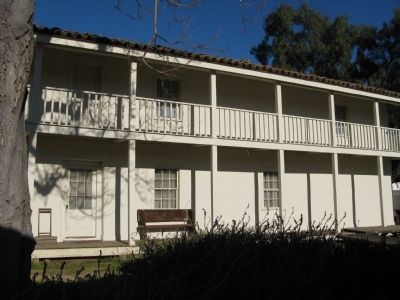 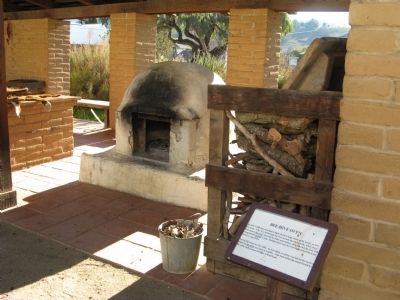 Photographed By Syd Whittle, January 11, 2009
7. Bee-Hive Oven on the Grounds of the Castro Adobe
BEE-HIVE OVEN
An early California cook had to plan ahead to bake meals in the horno, or bee-hive oven. A fire was built inside the oven to heat the adobe walls. After about three hours, the cook removed the ashes and embers, then inserted the food with a long handle paddle, a pala. Radiant heat from the oven walls baked meat, bread or vegetables. Next to the horno is a fire table. An iron plate, or comal, was laid across stacks of bricks on the table, and used as a skillet. A fire built under the comal heated it, so the cook could prepare tortillas or fried foods. 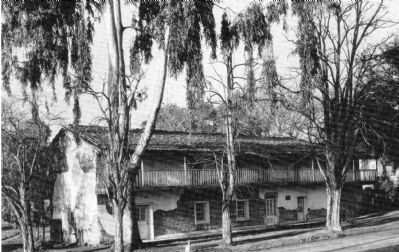 Photographed By Plaza History Assoc. San Juan Bautista SHP, 1998
8. Castro - Breen Adobe, c1933
Description on postcard:
This adobe brick building was built around 1836, the the Mexican government for use as military offices. In 1848, Patrick Breen and his family purchased it for their residence.
Photo Credit: California State Parks 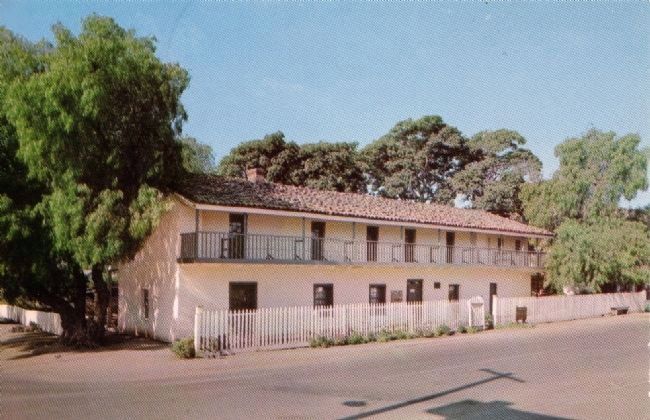 Mike Roberts, Distributed by Bob Ball, Visalia, Ca, circa 1970's
9. Castro Adobe
Description on Postcard:
CASTRO HOUSE
San Juan Bautista
This historical house, dating from times when California was a part of Mexico,is restored and open to the public. 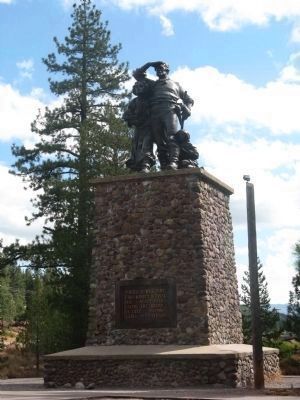