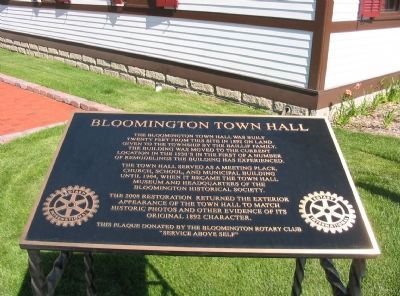 The Bloomington Town Hall was built twenty feet from this site in 1892 on land given to the Township by the Baillif family. The building was moved to the current location in the 1930's in the first of a number of remodelings the building has experienced.

The Town Hall served as a meeting place, church, school, and municipal building until 1964, when it became the Town Hall Museum and headquarters of the Bloomington Historical Society.

The 2008 restoration returned the exterior appearance of the Town Hall to match historic photos and other evidence of its original 1892 character.

This plaque donated by the Bloomington Rotary Club "Service Above Self"

Erected by the Bloomington Rotary Club.

Topics. This historical marker is listed in these topic lists: Churches & Religion • Education • Government & Politics. A significant historical year for this entry is 1892. 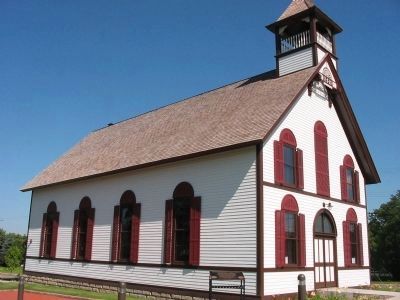 Click or scan to see
this page online
South and Old Shakopee Road. Touch for map. Marker is at or near this postal address: 10200 Penn Avenue South, Minneapolis MN 55431, United States of America. Touch for directions.

Also see . . .  Bloomington Town Hall. "The Town Hall is one of the few remaining examples of the Township period in the Twin City Metropolitan area and among the largest town halls in the State of Minnesota." (Submitted on January 16, 2009.) 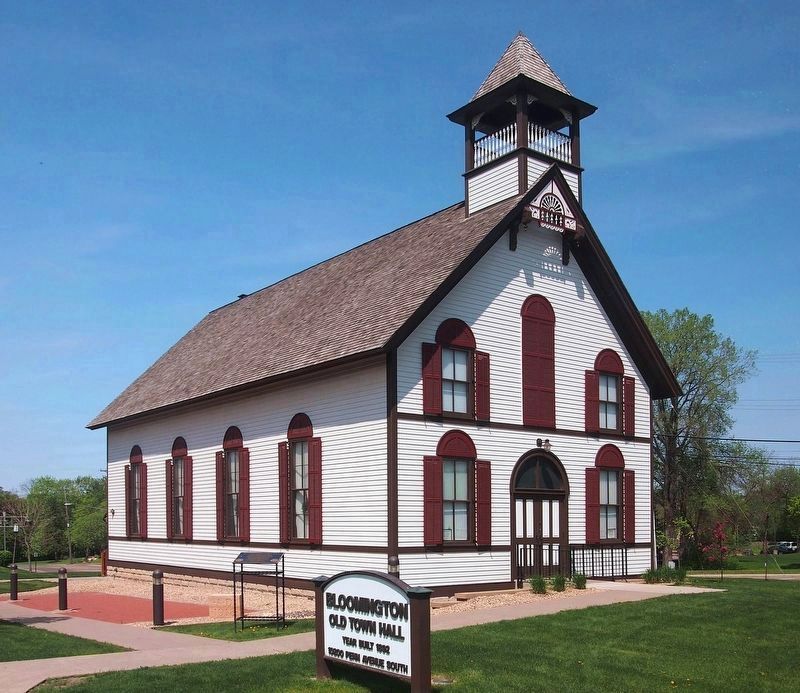 Photographed By McGhiever, May 7, 2016
3. Bloomington Town Hall and marker 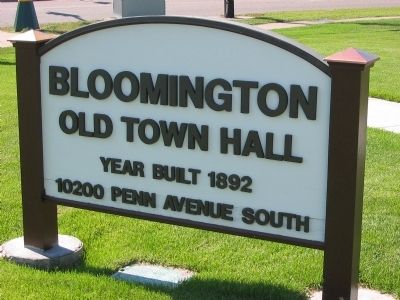