“The Cannons’ Flashes Lit Up the Terrible Scene” 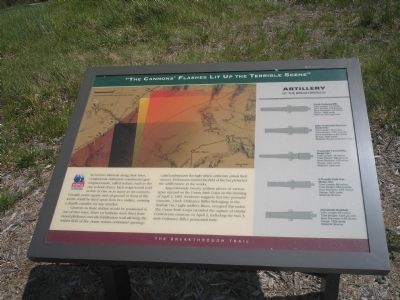 At various intervals along their lines, Confederate defenders constructed gun emplacements, called redans, such as the one in front of you. Each redan would hold as few as one or as many as six cannons. Virtually every square inch of ground in front of the works could be fired upon from two redans, creating a deadly crossfire for any attacker.

Cannons in these redans would be positioned in one of two ways. Guns en barbette were fired from raised platforms over the fortification walls allowing the widest field of fire. Some redans contained openings called embrasures through which artillerists aimed their cannon. Embrasures limited the field of fire but protected the artillerymen in the works.

Artillery of the Breakthrough 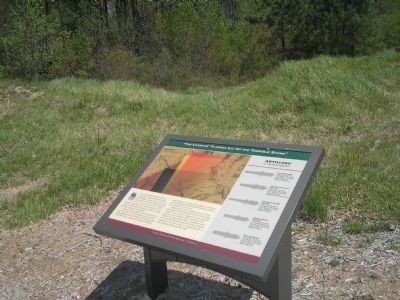 Topics. This historical marker is listed in this topic list: War, US Civil. A significant historical date for this entry is April 2, 1858.

Location. 37° 10.663′ N, 77° 28.571′ W. Marker is near Petersburg, Virginia, in Dinwiddie County. Marker can be reached from Duncan Road (Virginia Route 670), on the left when traveling south. Marker is in Pamplin Historical Park, on the Breakthrough Trail. Touch for map. Marker is in this post office area: Petersburg VA 23803, United States of America. Touch for directions. 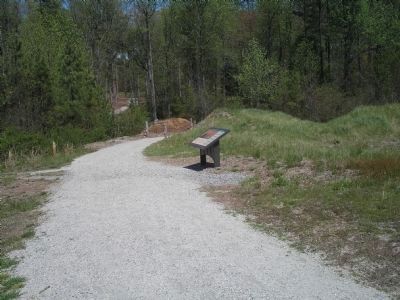 More about this marker. The top of the marker features a map of the Confederate fortifications and indicates the range of fire of several types of cannon. The right of the marker contains pictures of the various artillery pieces described in the sidebar.

3. The Final Assault. The Civil War Siege of Petersburg. (Submitted on January 17, 2009, by Bill Coughlin of Woodland Park, New Jersey.) 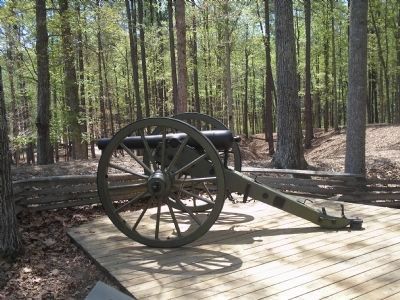 By Bill Coughlin, April 23, 2007
4. Confederate Artillery
This cannon, in the fortification further along the Breakthrough Trail, is an example of the Guns en barbette, mentioned on the marker as having the widest field of fire. 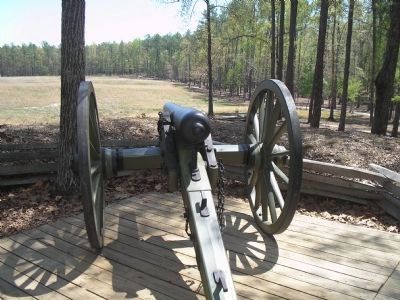 By Bill Coughlin, April 23, 2007
5. Confederate Artillery at the Breakthrough
Another view of the Guns en barbette that were fired from raised platforms over the fortification walls.