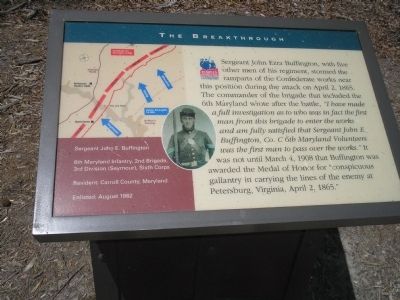 Sergeant John Ezra Buffington, with five other men of his regiment, stormed the ramparts of the Confederate works near this position during the attack on April 2, 1865. The commander of the brigade that included the 6th Maryland wrote after the battle, “I have made a full investigation as to who was in fact the first man from this brigade to enter the works and am fully satisfied that Sergeant John E. Buffington, Co. C 6th Maryland Volunteers was the first man to pass over the works.” It was not until March 4, 1908 that Buffington was awarded the Medal of Honor for “conspicuous gallantry in carrying the lines of the enemy at Petersburg, Virginia, April 2, 1865.”

Topics and series. This historical marker is listed in this topic list: War, US Civil. In addition, it is included in the Medal of Honor Recipients series list. A significant historical date for this entry is March 4, 1858. 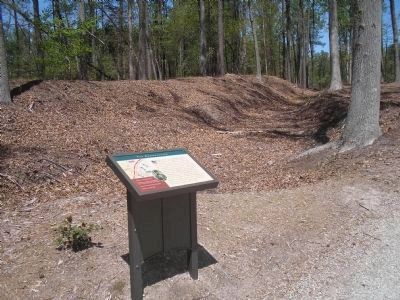 Photographed By Bill Coughlin, April 23, 2007
2. Marker on the Breakthrough Trail
The Confederate fortifications stormed by Sergeant Buffington and his men on April 2, 1865 can be seen in the photo behind the marker.

Click or scan to see
this page online
37° 10.82′ N, 77° 28.443′ W. Marker is in Petersburg, Virginia, in Dinwiddie County. Marker can be reached from Duncan Road (Route 670), on the left when traveling south. Marker is in Pamplin Historical Park, on the Breakthrough Trail. Touch for map. Marker is in this post office area: Petersburg VA 23803, United States of America. Touch for directions.

More about this marker. The bottom left of the marker contains a photograph of Sergeant John Buffington. Above that is a battle map of the Breakthrough, indicating the approach of the Union troops and the location of the marker.

2. The Final Assault. The Civil War Siege of Petersburg. (Submitted on January 17, 2009, by Bill Coughlin of Woodland Park, New Jersey.) 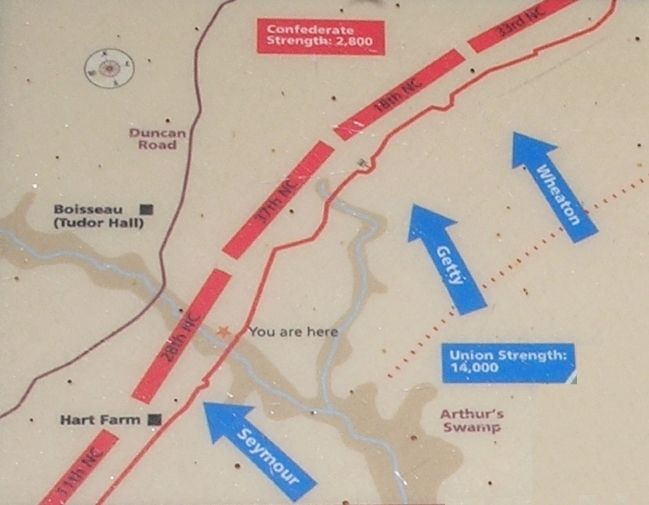