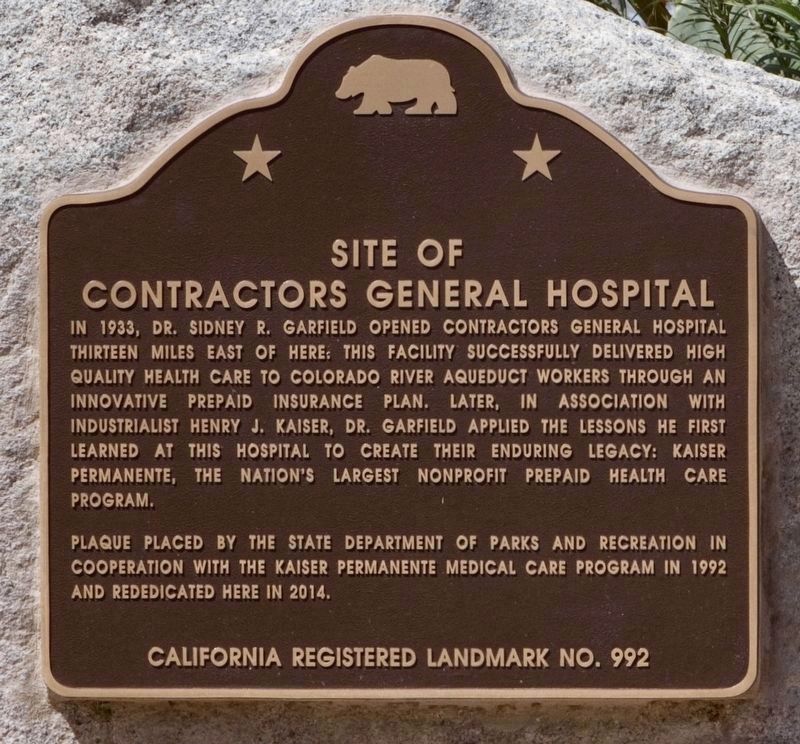 Erected 1992 by State Department of Parks and Recreation in cooperation with the Kaiser Permanente Medical Care Program. (Marker Number 992.)

Topics and series. This historical marker is listed in these topic lists: Notable Places • Science & Medicine. In addition, it is included in the California Historical Landmarks series list. 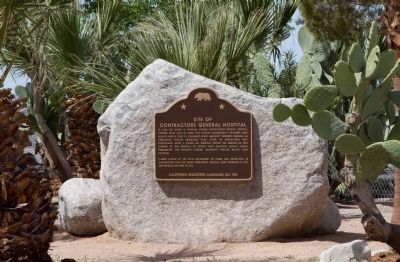 By Vince Jackson, March 15, 2015
2. Site of Contractors General Hospital Marker
Marker has been relocated to the entrance of the George S. Patton Museum at Chiraco Summit, CA.
located in the cactus garden next to the parking lot of General Patton Memorial Museum. Touch for map. Marker is at or near this postal address: 62510 Chiriaco Rd, Indio CA 92201, United States of America. Touch for directions. 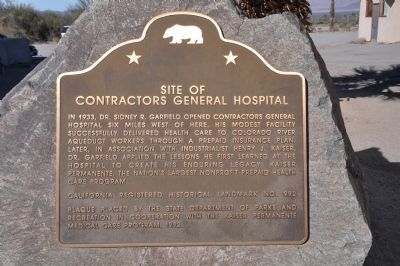 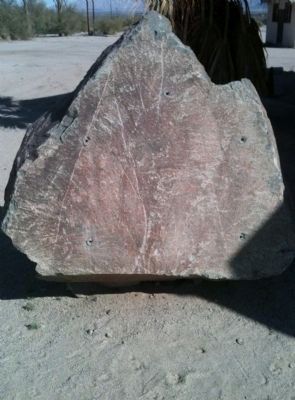