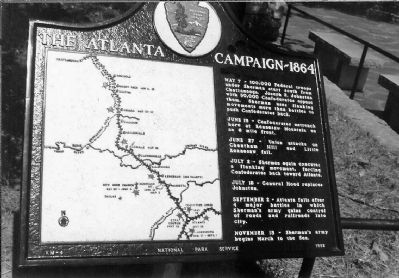 September 2 - Atlanta falls after
4 major battles in which
Sherman's army gain control
of roads and railroads into
city.

Topics. This historical marker is listed in this topic list: War, US Civil. A significant historical month for this entry is May 1862.

Location. This marker has been replaced by another marker 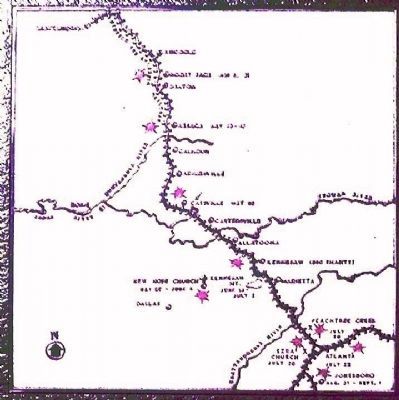 Click or scan to see
this page online
nearby. 33° 58.577′ N, 84° 34.77′ W. Marker is near Marietta, Georgia, in Cobb County. Marker is on Big Mountain Hike. The marker was located in Kennesaw Mountain Battlefield Park. Touch for map. Marker is in this post office area: Kennesaw GA 30152, United States of America. Touch for directions.