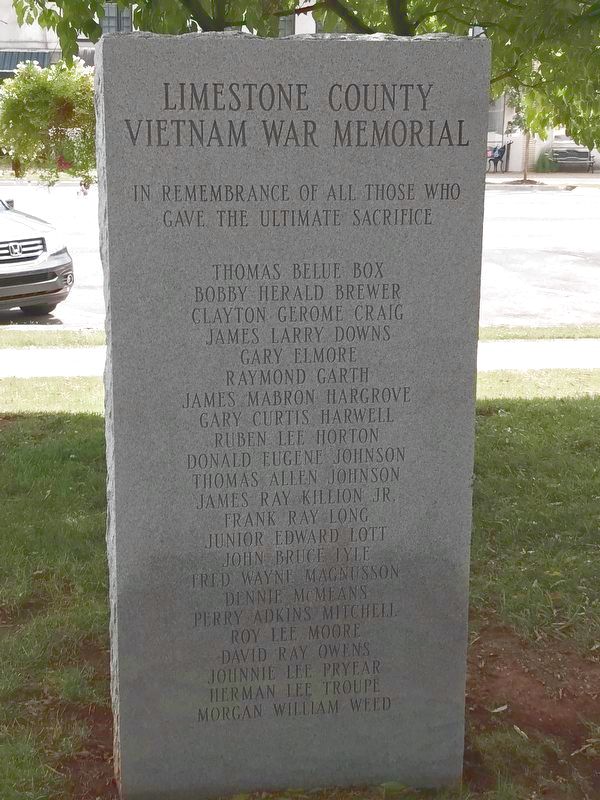 In remembrance of all those who gave the ultimate sacrifice

Location. 34° 48.166′ N, 86° 58.282′ W. Marker is in Athens, Alabama, in Limestone County. Memorial is on South Marion Street south of Market Street West, on the right when traveling south. Marker is located on west side of Limestone County Courthouse grounds. Touch for map. Marker is at or near this postal address: 200 West Washington Sreet, Athens AL 35611, United States of America. Touch for directions.

Other nearby markers. At least 8 other markers are within walking distance of this marker. Battle of Sulphur Creek Trestle Surrender Site (here, next to this marker); Limestone County Iraq — Afghanistan Memorial 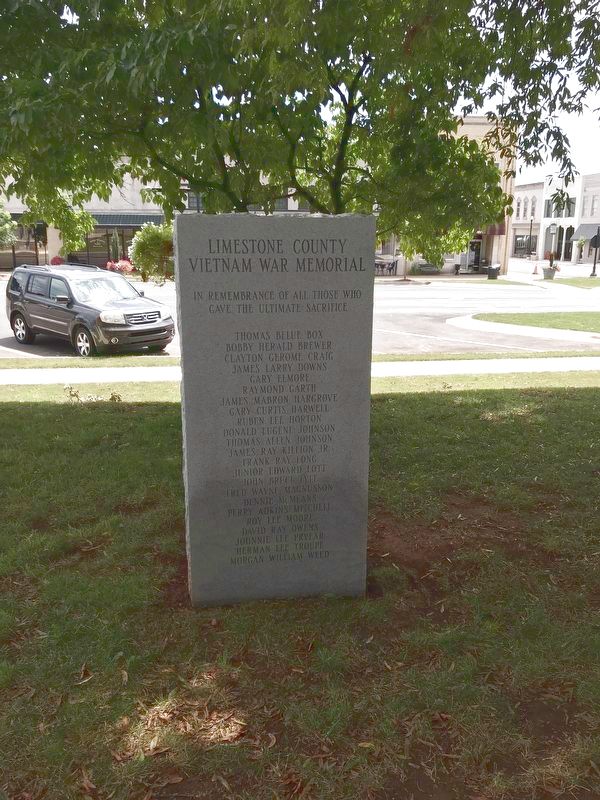