Birthplace of the Asian American Movement 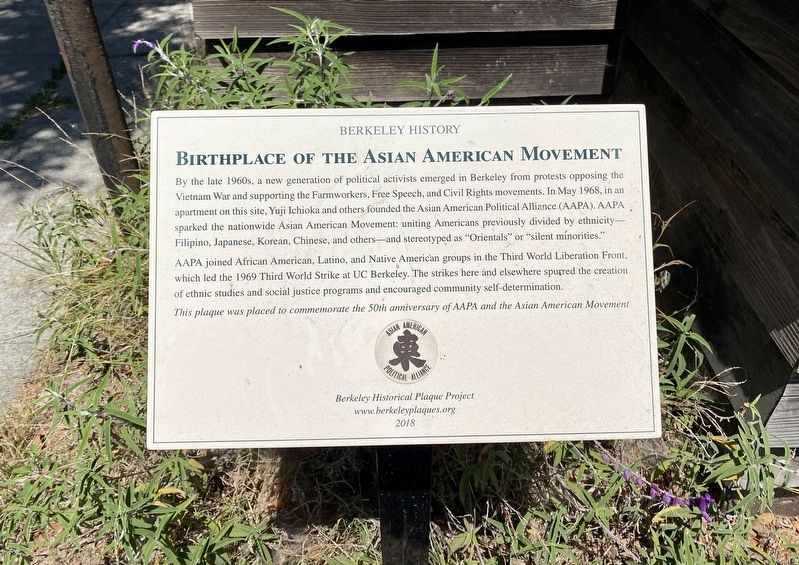 This plaque was placed to commemorate the 50th anniversary of AAPA and the Asian American Movement . This historical marker was erected in 2018 by Berkeley Historical Plaque Project. It is in Berkeley in Alameda County California

By the late 1960s, a new generation of political activists emerged in Berkeley from protests opposing the Vietnam War and supporting the Farmworkers, Free Speech, and Civil Rights movements. In May 1968, in an apartment on this site, Yuji Ichioka and others founded the Asian American Political Alliance (AAPA). AAPA sparked the nationwide Asian American Movement: uniting Americans previously divided by ethnicity– Filipino, Japanese, Korean, Chinese, and others-and stereotyped as "Orientals” or "silent minorities."

Topics. This historical marker is listed in this topic list: Asian Americans. 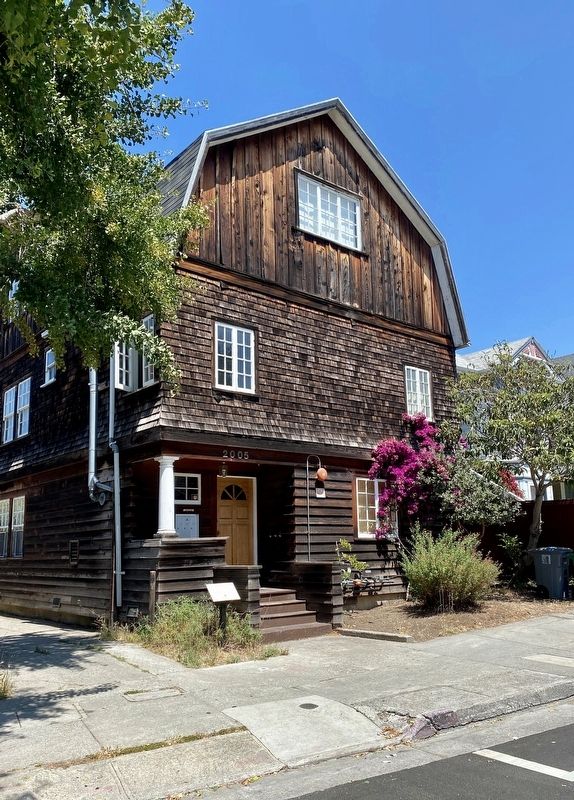 By Andrew Ruppenstein, August 6, 2020
2. Birthplace of the Asian American Movement Marker - wide view
37° 52.425′ N, 122° 16.24′ W. Marker is in Berkeley, California, in Alameda County. Marker is at the intersection of Hearst Avenue and Milvia Street on Hearst Avenue. Touch for map. Marker is at or near this postal address: 2005 Hearst Avenue, Berkeley CA 94709, United States of America. Touch for directions.