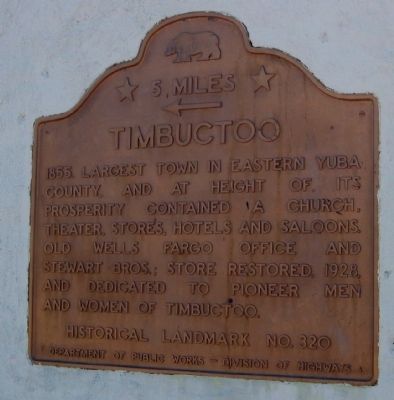 Photographed By Syd Whittle, February 15, 2006
1. Timbuctoo Marker
Inscription.
Timbuctoo. ← 5 Miles. 1855. Largest town in eastern Yuba County, and at height of its prosperity contained a church, theater, stores, hotels, and saloons. Old Wells Fargo Office and Stewart Bros.; Store restored, 1928, and dedicated to pioneer men and women of Timbuctoo. . This historical marker was erected by Department of Public Works – Division of Highways. It is Near Browns Valley in Yuba County California

1855. Largest town in eastern Yuba County, and at height of its prosperity contained a church, theater, stores, hotels, and saloons. Old Wells Fargo Office and Stewart Bros.; Store restored, 1928, and dedicated to pioneer men and women of Timbuctoo.

Topics and series. This historical marker is listed in these topic lists: Industry & Commerce • Natural Resources • Notable Places • Settlements & Settlers. In addition, it is included in the California Historical Landmarks series list. A significant historical year for this entry is 1855.

Location. Marker has been reported permanently removed. It was located near 39° 13.76′ N, 121° 22.969′ W. Marker was near Browns Valley, California, in Yuba County. Marker was on California Route 20, 0.2 miles east of Monument Trail, on the right when traveling east. Touch for map. Marker was in this post office area: Browns Valley CA 95918, United States of America. Touch for directions.

Other nearby markers. At least 8 other markers are within 5 miles of this location, measured as the crow flies. Hammon Grove (approx. 0.9 miles away); Browns Valley: 1850 – 1860 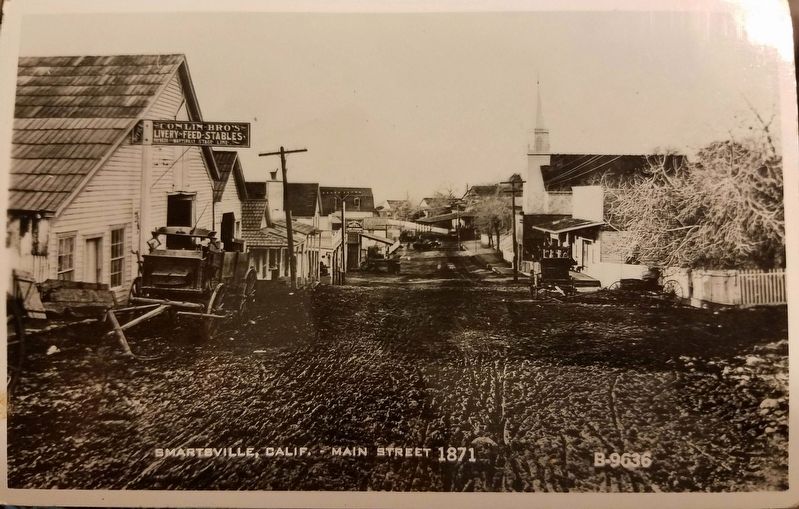 Additional commentary.
1. The other marker
Until at least 1947, there was a 1½ mile marker to the east of Timbuctoo on Highway 20. That marker was identical to the 5 mile marker shown.
[A new marker was installed in 2022. -ed] Note To Editor only visible by Contributor and editor
— Submitted 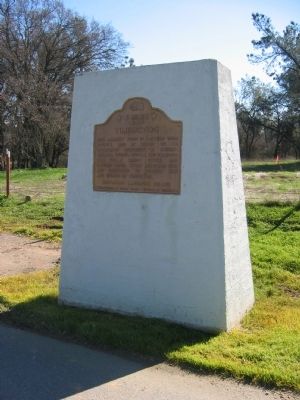 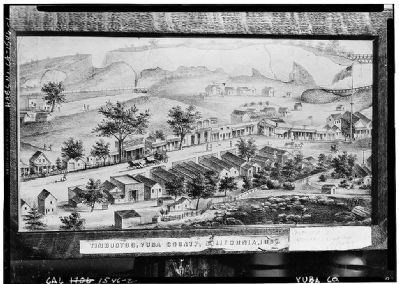 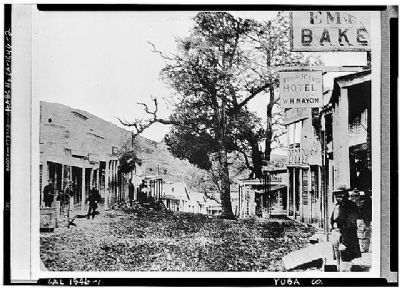 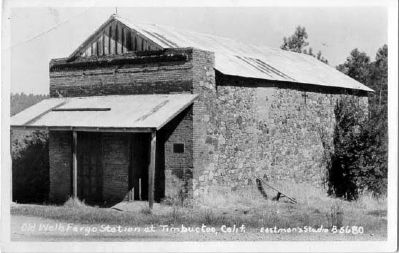 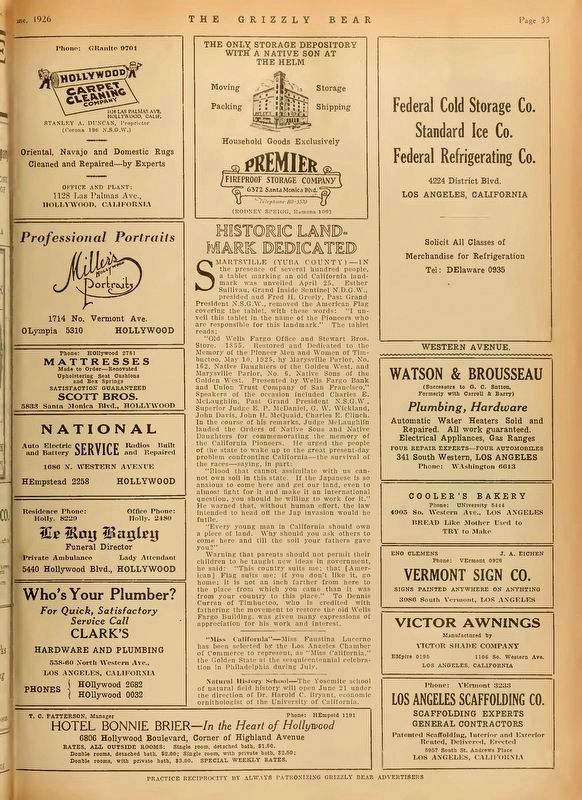 Photographed By James King
7. Grizzly Bear, June 1926, p33
This is the report of the dedication ceremony for the plaque on the Wells Fargo Building. While the State Parks CHL plaque states the store was restored in 1928, this article from 1926 says that it was restored in 1925.

All indications are that this marker has been lost. If recovered, NSGW/NDGW would like to receive it back for remounting in a roadside monument. 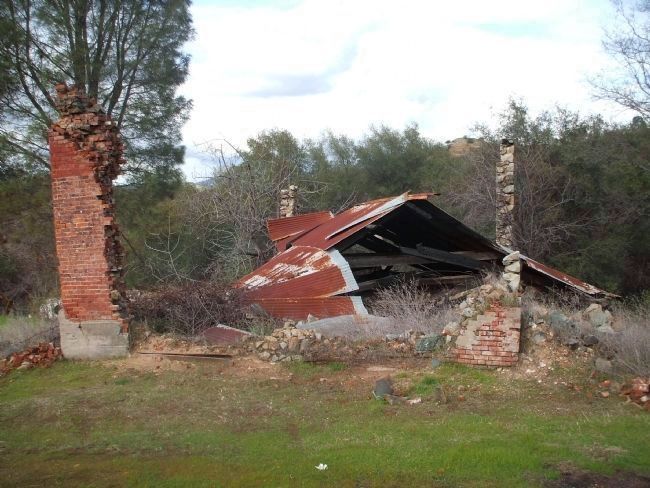