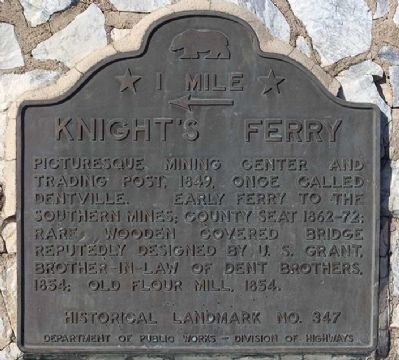 Topics and series. This historical marker is listed in these topic lists: Bridges & Viaducts • Landmarks • Natural Resources • Settlements & Settlers. In addition, it is included in the California Historical Landmarks, the Covered Bridges 🌉, and the Former U.S. Presidents: #18 Ulysses S. Grant series lists. 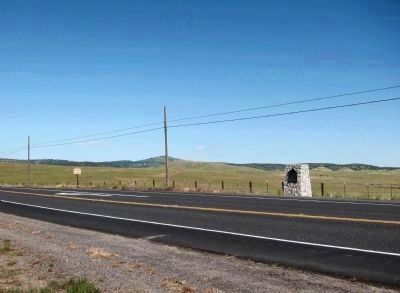 More about this marker. A duplicate marker is located one mile east on Hwy 120.

The “U.S. Grant” named on the marker was Captain Ulysses S. Grant, later Civil War Union General and President of the United States. 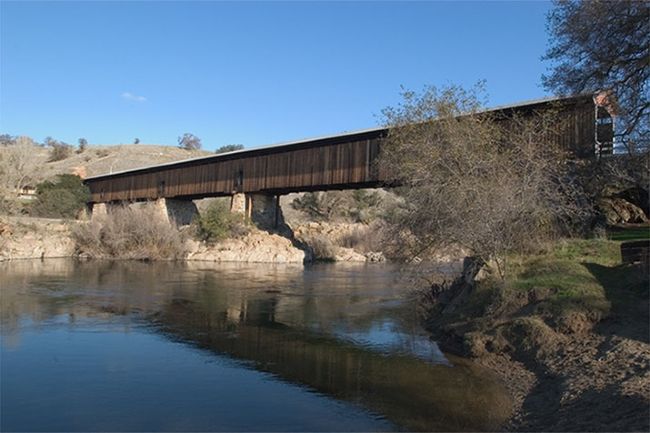 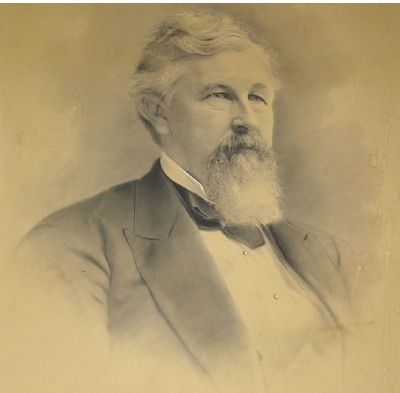 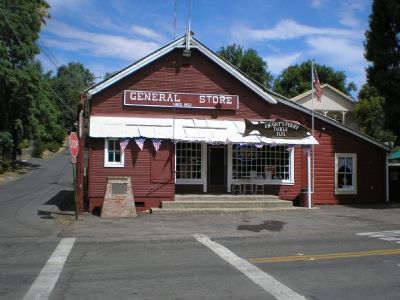 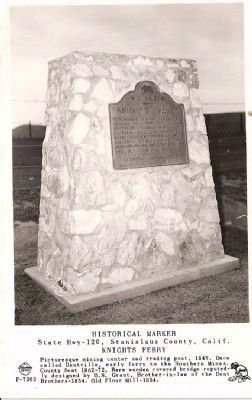 By Frasher Foto, Circa 1948
6. Knights Ferry Marker
Description on Postcard is the marker inscription. 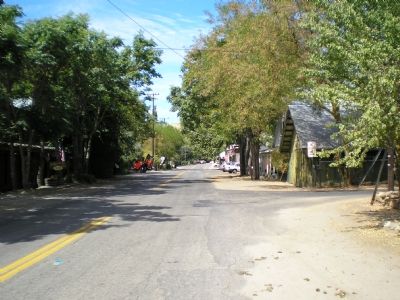