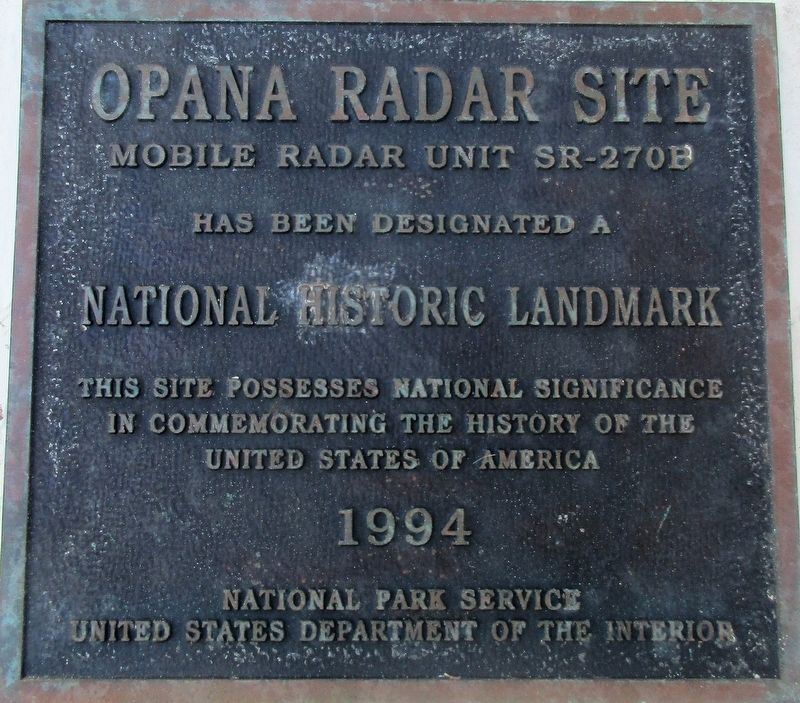 Mobile Radar Unit SR-270B has been designed a National Historic Landmark. This site possesses national significance in commemorating the history of the United States of America.

Topics and series. This historical marker is listed in these topic lists: Air & Space • Communications • Science & Medicine • War, World II. In addition, it is included in the National Historic Landmarks series list. A significant historical date for this entry is December 7, 1941.

Location. 21° 42.265′ N, 157° 59.924′ W. Marker is in Kahuku, Hawaii, in Honolulu County. Marker can be reached from Kuilima Drive, half a mile north of Hawaii Route 83, on the left when traveling north. Marker is accessible from a “Shoreline Public Access” to the left of a loading dock, at the Turtle Bay Resort. Touch for map. Marker is at or near this postal address: 57-091 Kuilima Dr,, Kahuku HI 96731, United States of America. Touch for directions.

Other nearby markers. At least 3 other markers are within 7 miles of this marker, measured as the crow flies. A different marker also named Opana Radar Site 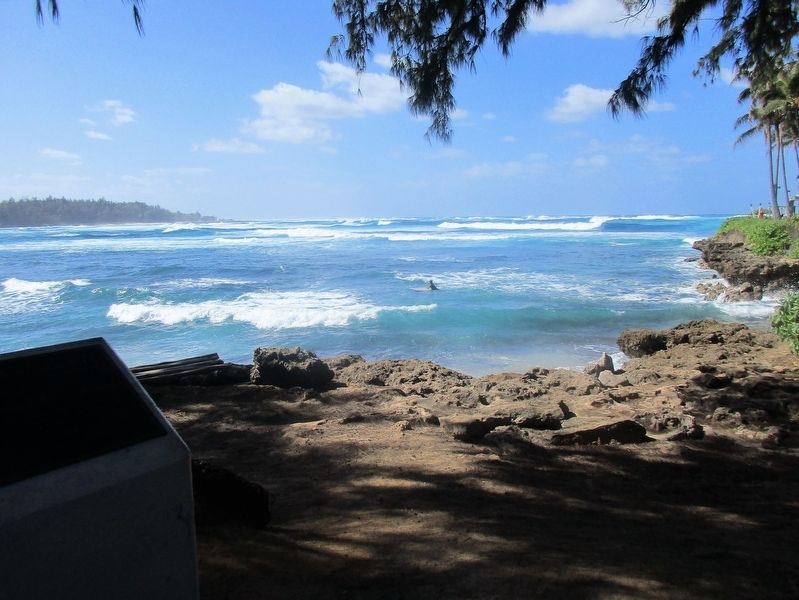 Click or scan to see
this page online
(here, next to this marker); Mission School (approx. 5.8 miles away); Breaking Ground with a Vision: An Inspired Beginning (approx. 6.2 miles away). 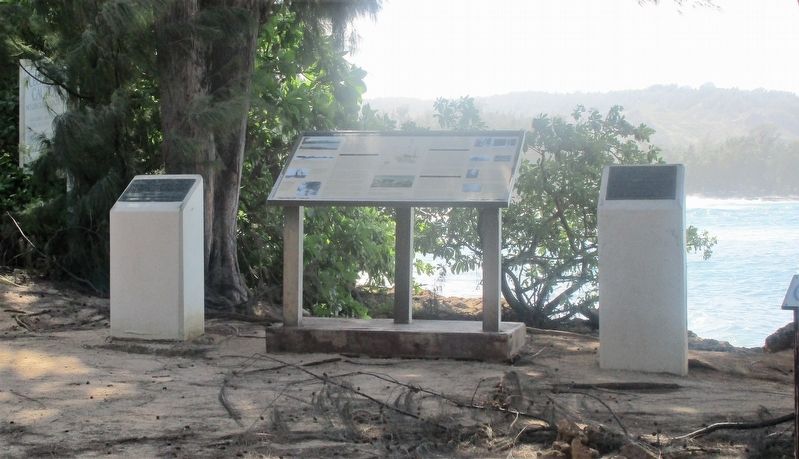 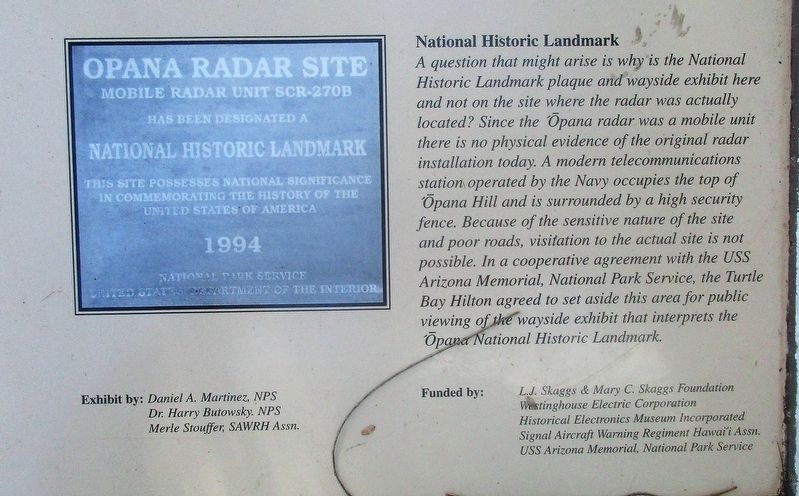 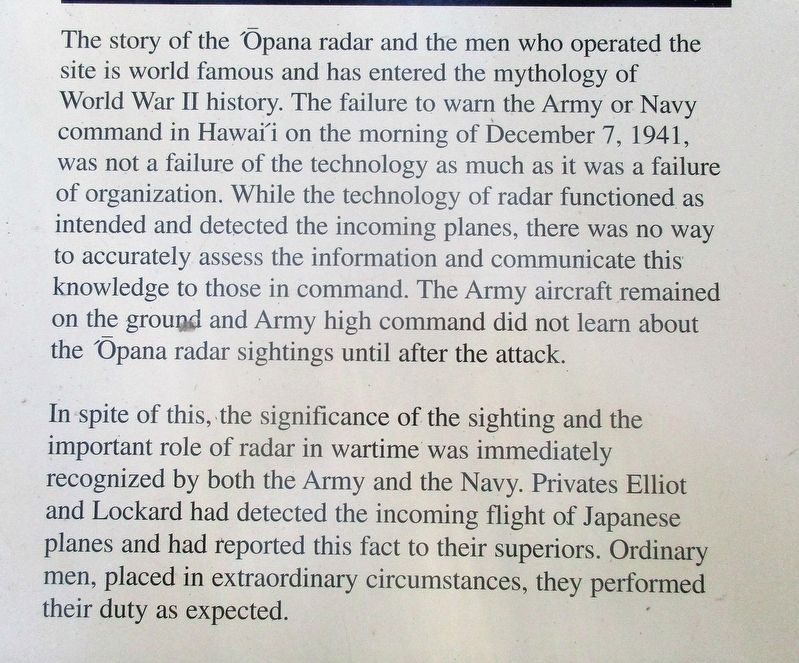