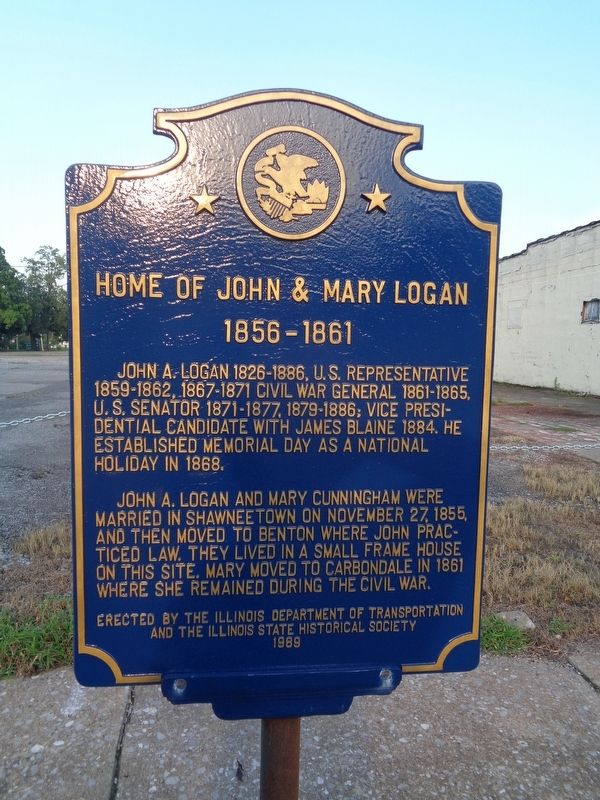 John A. Logan and Mary Cunningham were married in Shawneetown on November 27, 1855, and then moved to Benton where John practiced law. They lived in a small frame house on this site. Mary moved to Carbondale in 1861 where she remained during the Civil War.

Erected 1989 by Illinois Department of Transportation and the Illinois State Historical Society.

Topics and series. This historical marker is listed in this topic list: War, US Civil. In addition, it is included in the Illinois State Historical Society series list. 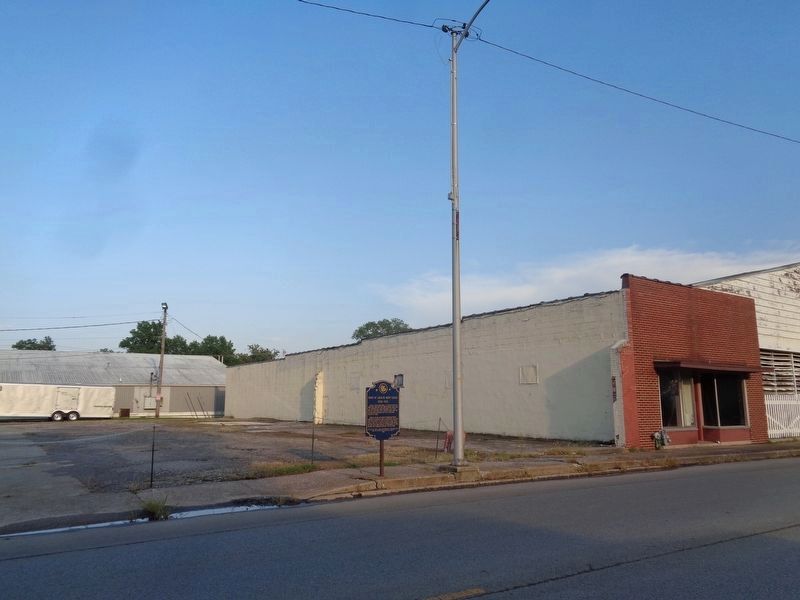 Other nearby markers. At least 1 other marker is within walking distance of this marker. The First Beatle In America (about 400 feet away, measured in a direct line).

More about this marker. The Illinois State Historical Society's website lists that this marker was originally placed in 1967, and it may have been replaced with the current one.