Lighthouses of the Mackinac Straits 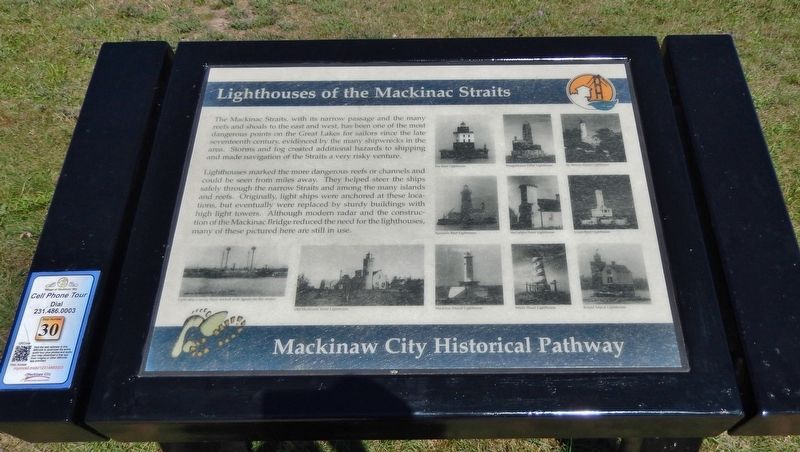 The Mackinac Straits, with its narrow passage and the many reefs and shoals to the east and west, has been one of the most dangerous points on the Great Lakes for sailors since the late seventeenth century, evidenced by the many shipwrecks in the area. Storms and fog created additional hazards to shipping and made navigation of the Straits a very risky venture.

Lighthouses marked the more dangerous reefs or channels and could be seen from miles away. They helped steer the ships safely through the narrow Straits and among the many islands and reefs. Originally, light ships were anchored at these locations, but eventually were replaced by sturdy buildings with high light towers. Although modern radar and the construction of the Mackinac Bridge reduced the need for the lighthouses, many of these pictured here are still in use.

Topics and series. This historical marker is listed in these topic lists: Bridges & Viaducts • Waterways & Vessels. In addition, it is included in the Lighthouses series list. 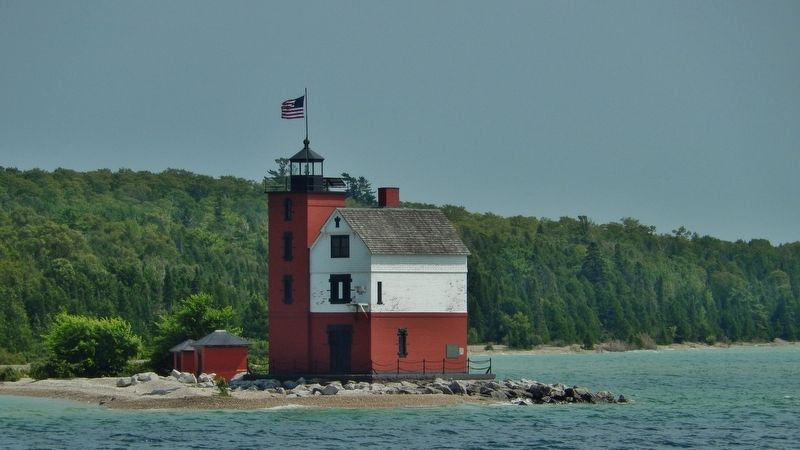 2. Lighthouses of the Straits of Mackinac. Some of these photos were taken during a lighthouse tour during the North American Light House Festival held in Mackinaw City, Michigan. (Submitted on August 14, 2020, by Cosmos Mariner of Cape Canaveral, Florida.) 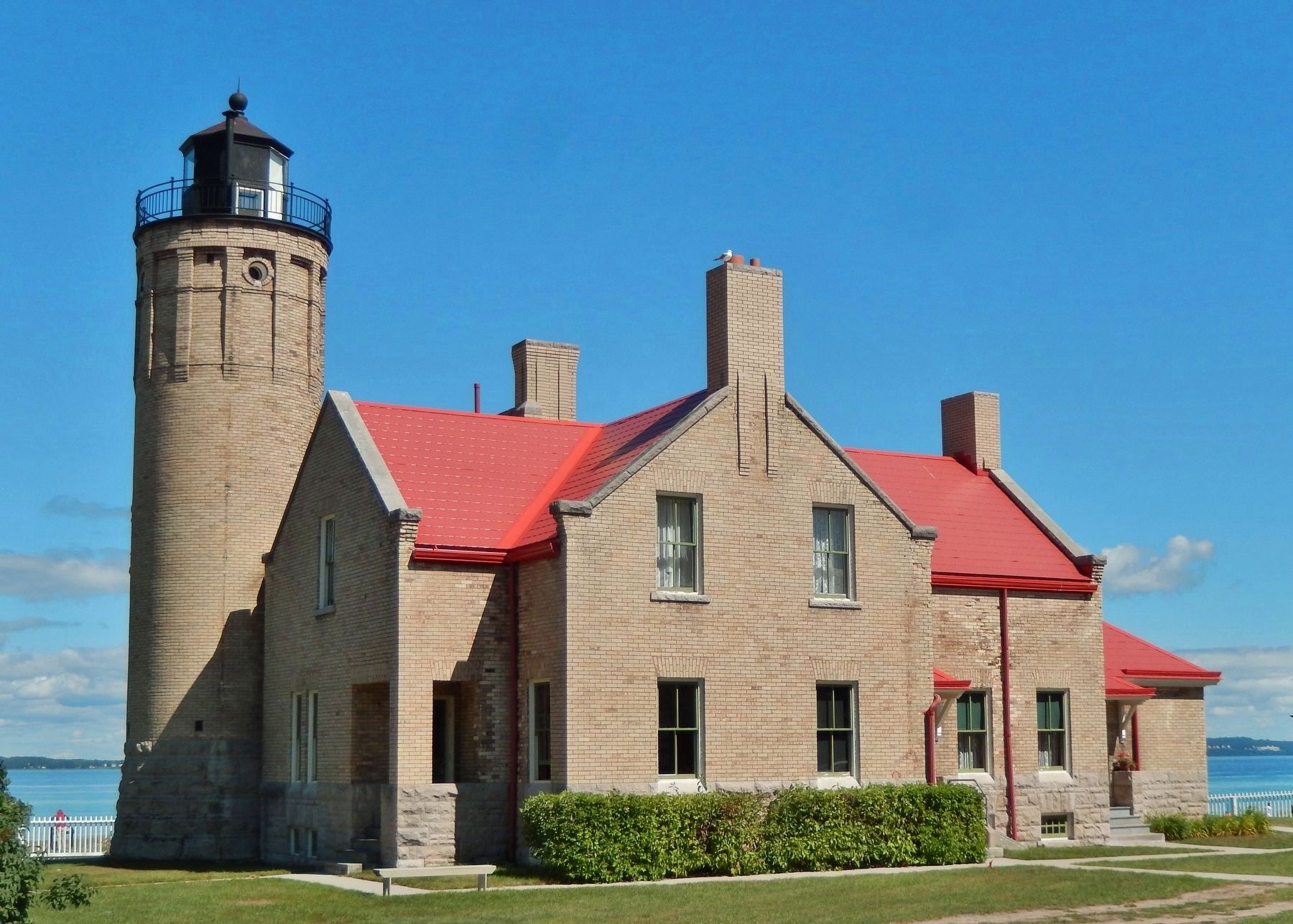