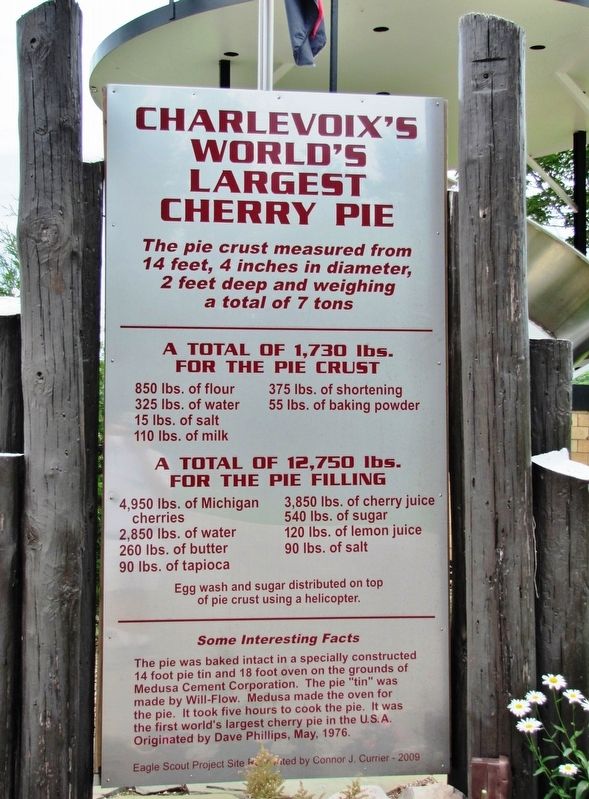 The pie crust measured from 14 feet, 4 inches in diameter, 2 feet deep and weighing a total of 7 tons.

Egg wash and sugar distributed on top of pie crust using a helicopter.

Some interesting facts
The pie was baked intact in a specially constructed 14 foot pie tin and 18 foot oven on the grounds of Medusa Cement Corporation. The pie "tin" was made by Will-Flow. Medusa made the oven for the pie. It took five hours to cook the pie. It was the first world's largest cherry pie in the U.S.A. Originated by Dave Phillips, May, 1976. 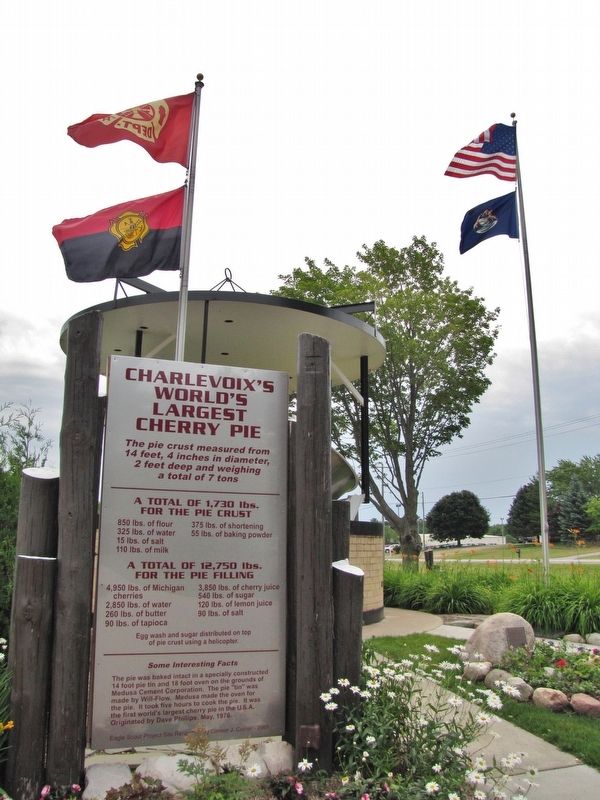 Click or scan to see
this page online
This historical marker is listed in these topic lists: Air & Space • Industry & Commerce • Landmarks. In addition, it is included in the Believe It or Not series list. A significant historical month for this entry is May 1976.

Location. 45° 18.069′ N, 85° 16.888′ W. Marker is in Charlevoix, Michigan, in Charlevoix County. Marker is on U.S. 31, 0.8 miles west of Airport Drive (Marion Center Road) (County Highway 65), on the right when traveling west. Marker and exhibit are located beside a small parking lot in front of the Charlevoix Township water tower. Touch for map. Marker is in this post office area: Charlevoix MI 49720, United States of America. Touch for directions. 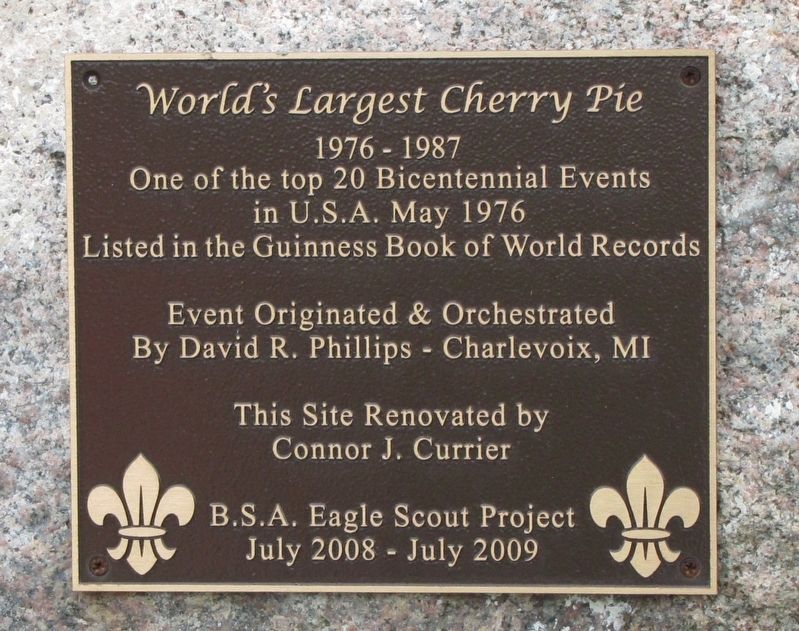 3. Former World's Largest Cherry Pie Pan. Charlevoix says Traverse City’s cherry pie didn’t have a bottom crust, and was therefore null. Traverse City says its pie was bigger, plain and simple. But neither of the pies were as big as the cherry pie made in Oliver, British Columbia, in 1992. The Canadian bakery made a cherry pie that weighed 37,740 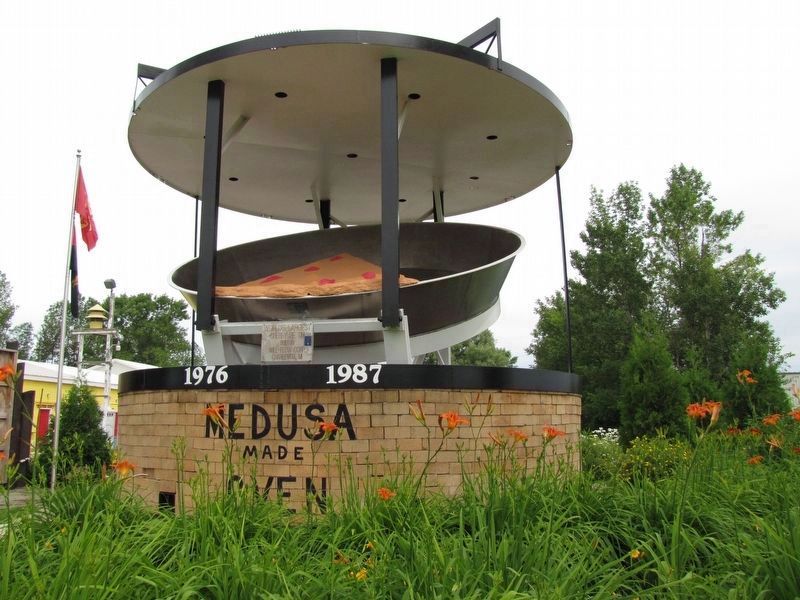 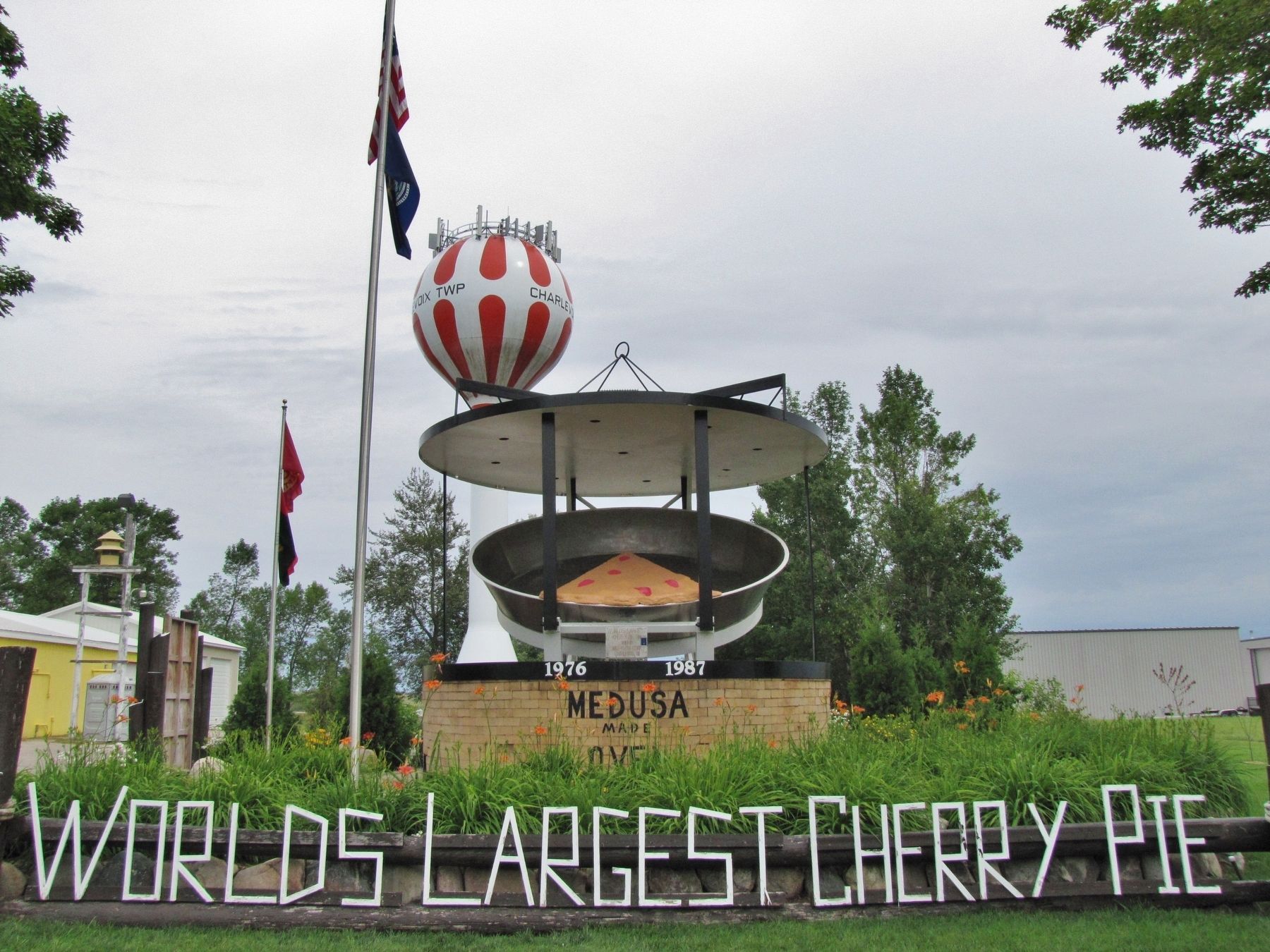