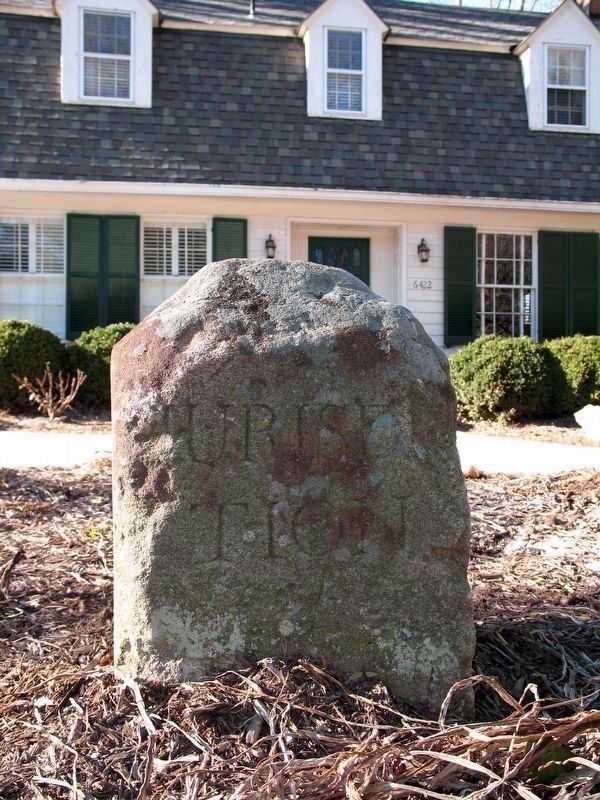 Topics and series. This historical marker is listed in this topic list: Political Subdivisions. In addition, it is included in the Original Federal Boundary Stones series list. A significant historical year for this entry is 1792.

Location. 38° 58.526′ N, 77° 4.036′ W. Marker is in Chevy Chase, Maryland, in Montgomery County. Marker is on Pinehurst Circle, 0.1 miles north of Western Avenue when traveling west. This marker is located in a circular garden area in the driveway of 6422 Western Avenue within private property. The marker is badly eroded, but text is still mostly discernable. Touch for map. Marker is at or near this postal address: 6422 Western Ave NW, Chevy Chase MD 20815, United States of America. Touch for directions. 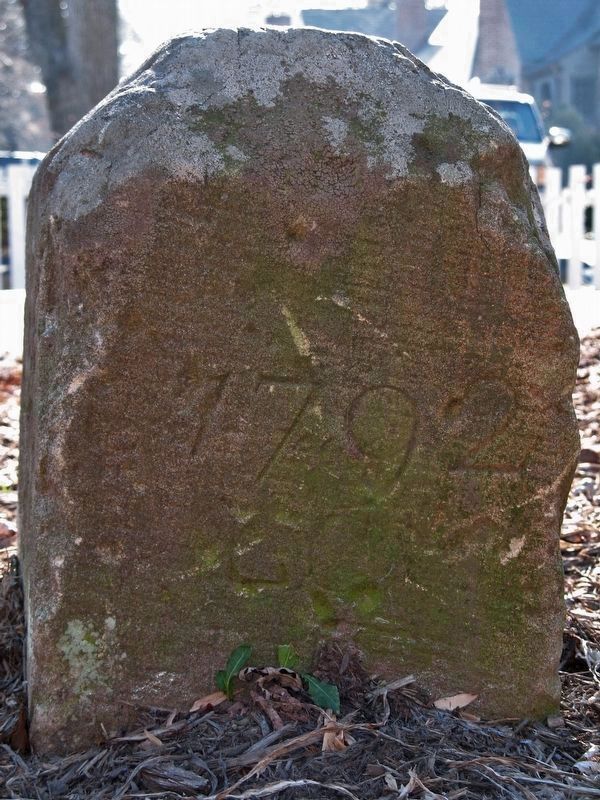 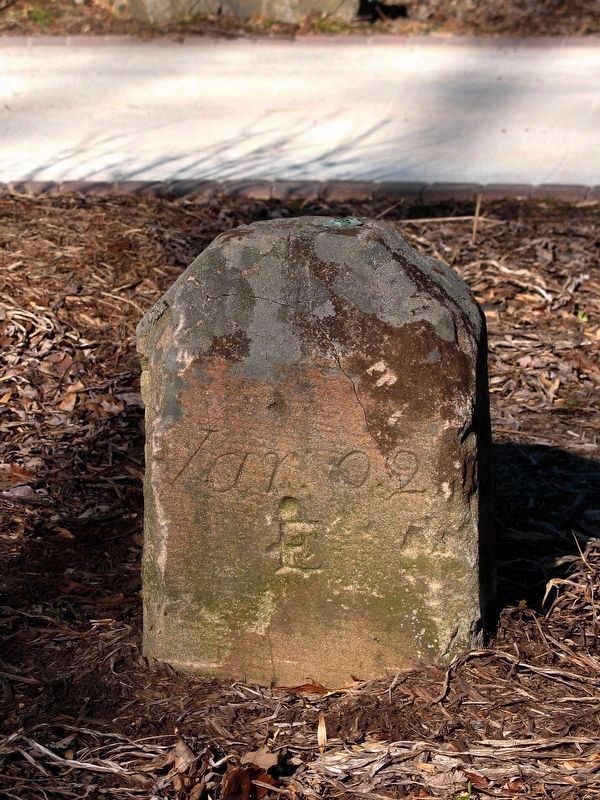 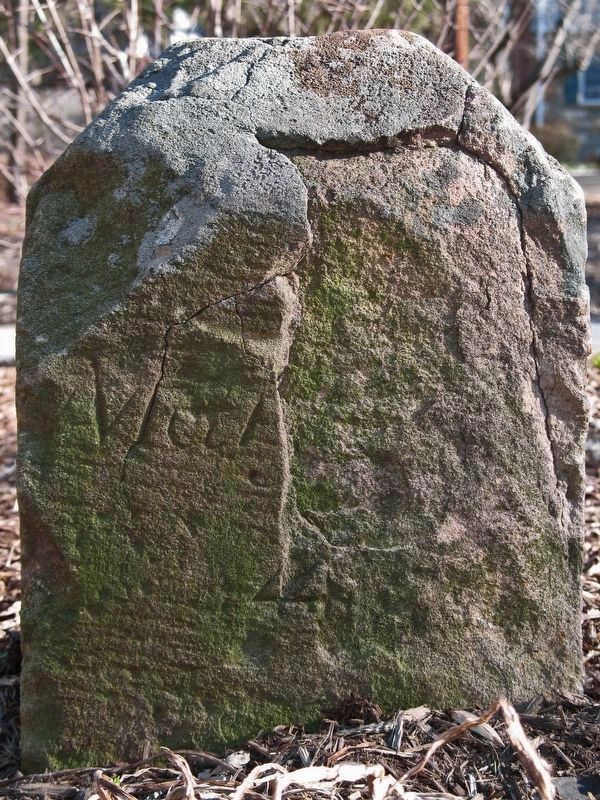 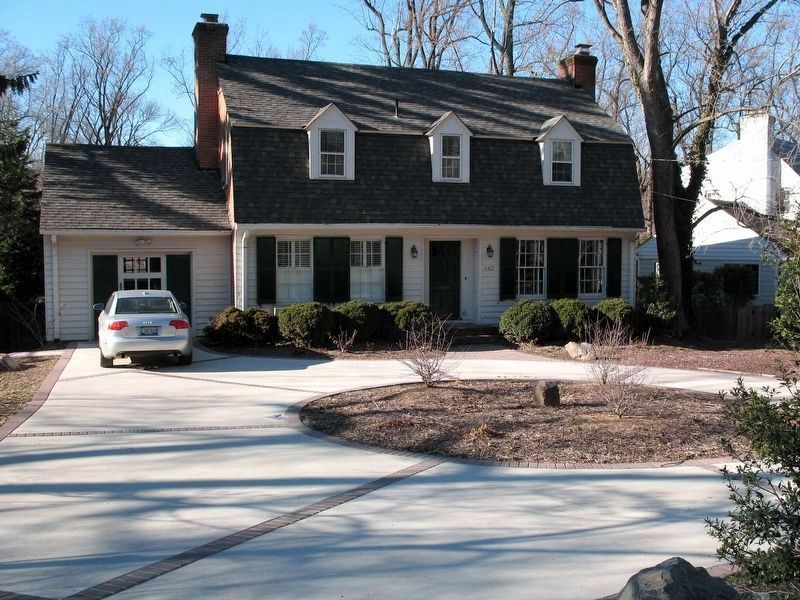 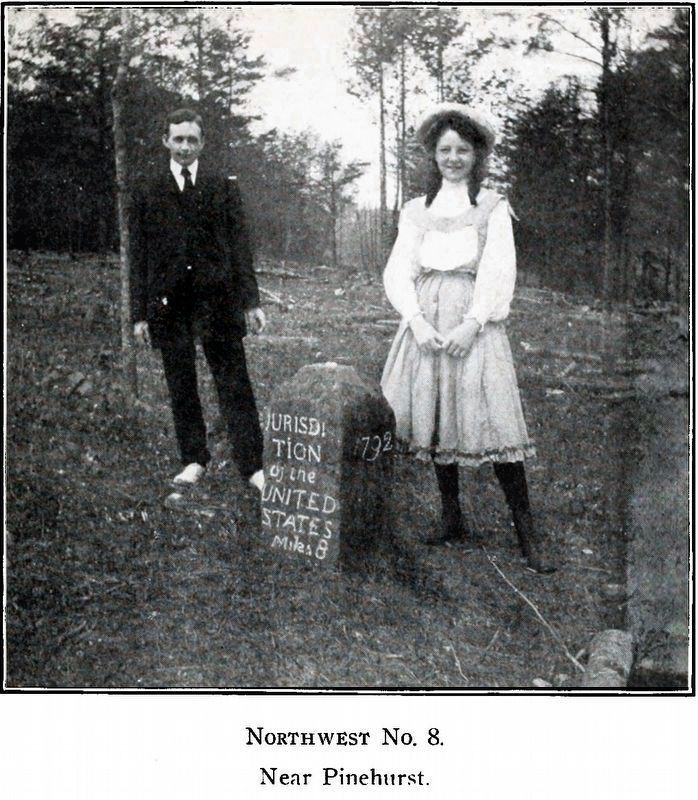 Photographed By Hathi Trust
6. Northwest No. 8
Near Pinehurst
“Northwest No. 8 is nearly a mile eastward from Chevy Chase and deep in the woods. No other portion of the ten miles square presents more nearly the appearance of primeval forests than does the country adjacent to this and the following stone. Remote from roads, where few travelers venture, yet bordering almost on the beautiful settlement of Chevy Chase on the one side and the Rock Creek National Park on the other, this stone is a fit memento of the early days of the republic. It is in fair condition, and erect though moss grown. To this secluded spot have now come the surveyors with transit and steel tape and they, followed by the axe men, have carved a broad lane through the massive woods and "Boundary Avenue" with various intersecting streets will soon be its near neighbors, and houses and people will congregate, in its vicinity.