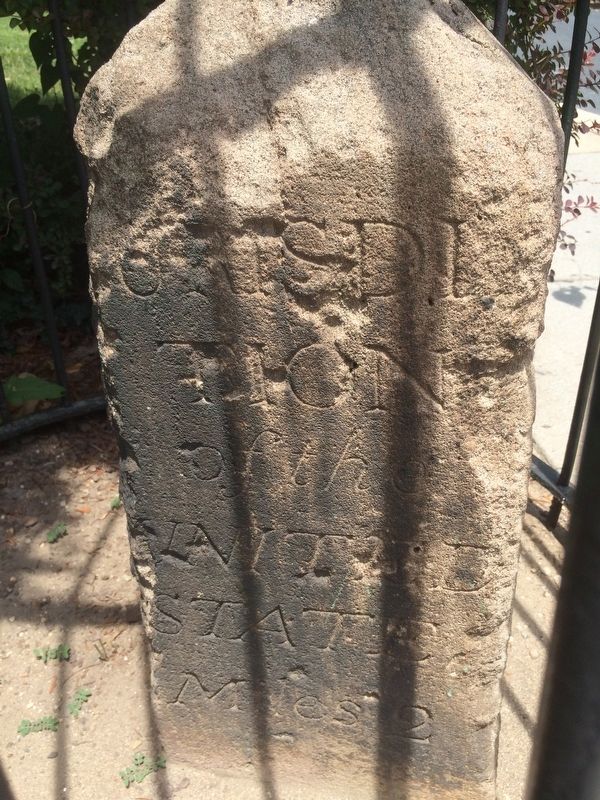 Jurisdiction of the United States
Miles 2

Topics and series. This historical marker is listed in this topic list: Notable Places. In addition, it is included in the Original Federal Boundary Stones series list. A significant historical year for this entry is 1792.

Location. 38° 58.52′ N, 77° 0.875′ W. Marker is in Takoma Park, Maryland, in Montgomery County. Marker is on Maple Avenue just north of Carroll Street, NW, on the left when traveling north. Touch for map. Marker is at or near this postal address: 7000 Maple Avenue, Washington DC 20012, United States of America. Touch for directions. 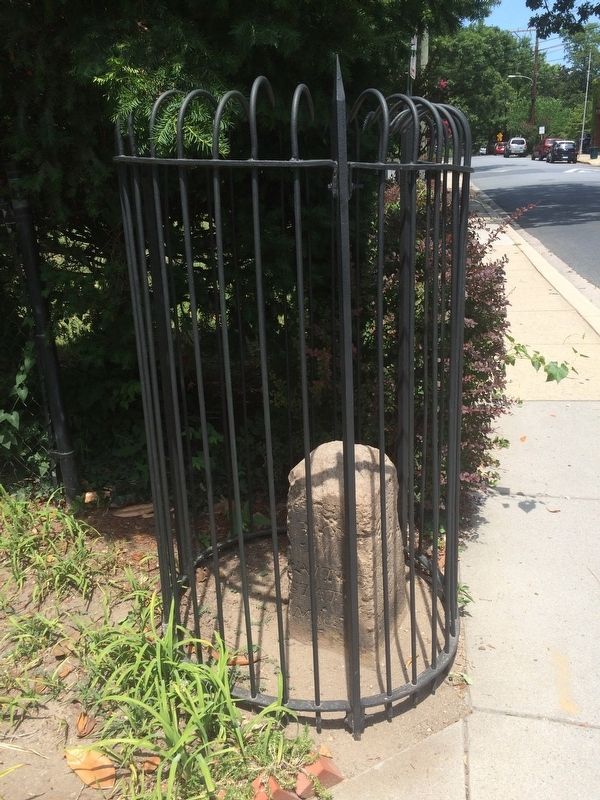 Photographed By J. Makali Bruton, July 24, 2016
2. Original Federal Boundary Stone NE 2 Marker
A view from the Washington, D.C. side of the marker. 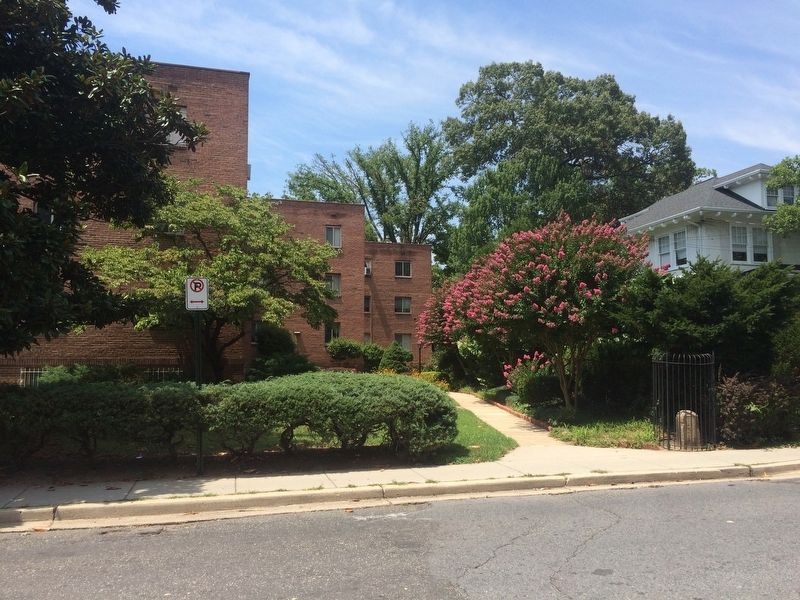 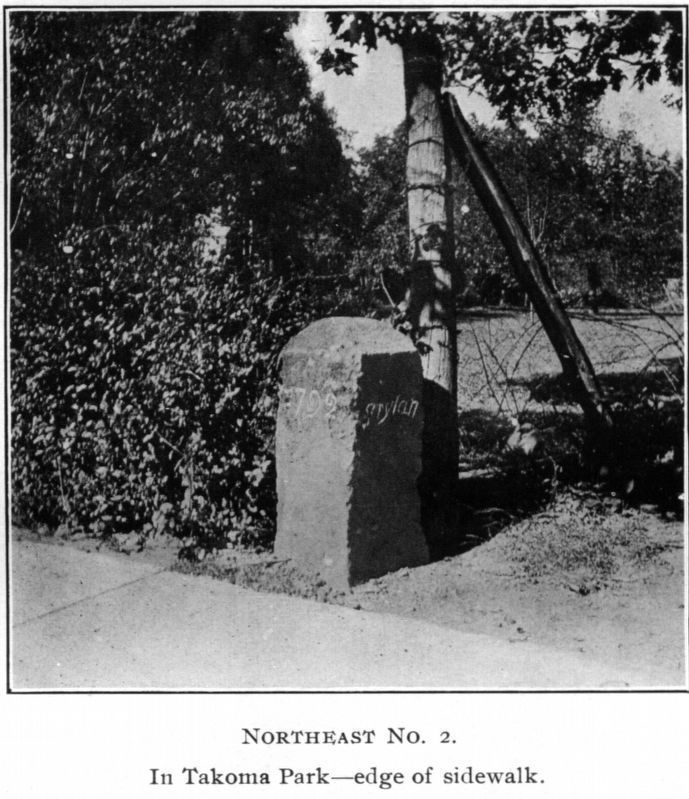 4. Northeast No. 2
In Takoma Park — edge of sidewalk.
from Fred Woodward's A ramble along the boundary stones of the District of Columbia with a Camera, 1907. 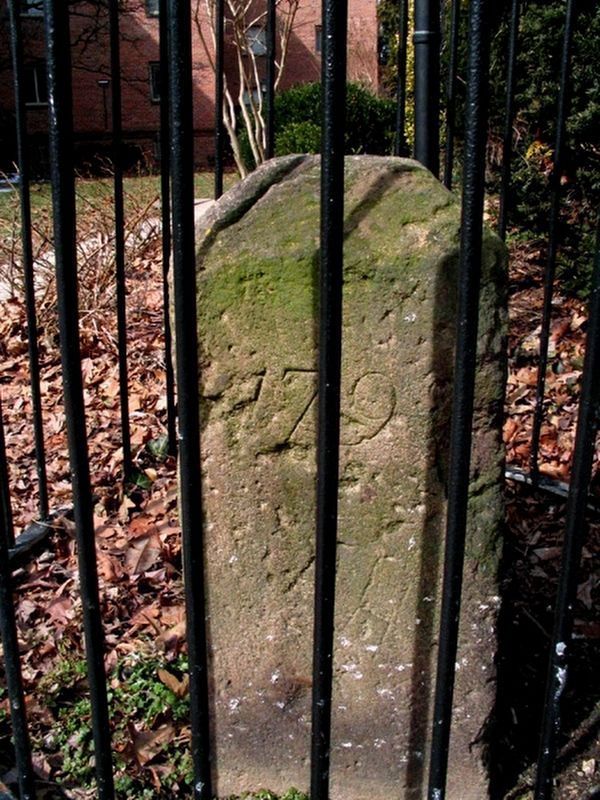 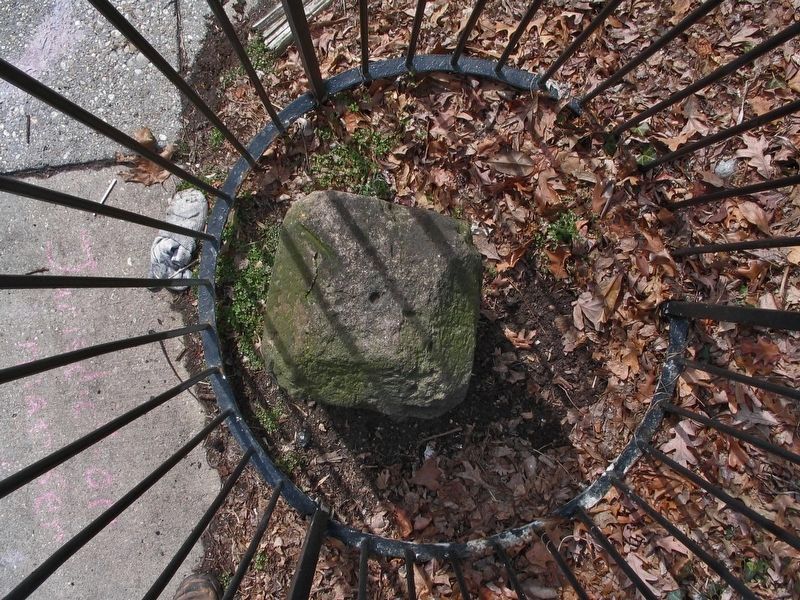