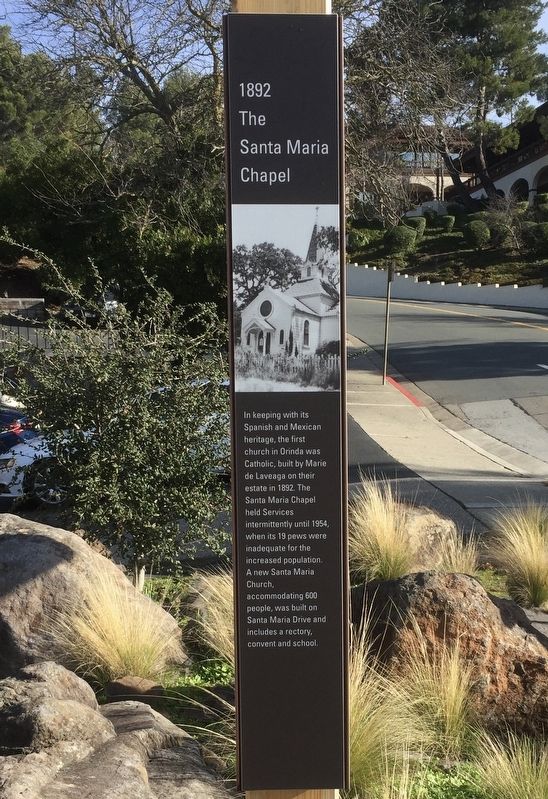 A new Santa Maria Church, accommodating 600 people, was built on Santa Maria Drive and includes a rectory, convent and school. , . This historical marker is in Orinda in Contra Costa County California

In keeping with its Spanish and Mexican heritage, the first church in Orinda was Catholic, built by Marie de Laveaga on their estate in 1892. The Santa Maria Chapel held Services intermittently until 1954, when its 19 pews were inadequate for the increased population.

A new Santa Maria Church, accommodating 600 people, was built on Santa Maria Drive and includes a rectory, convent and school.


Topics. This historical marker is listed in this topic list: Churches & Religion. A significant historical year for this entry is 1892.

Location. 37° 52.865′ N, 122° 11.168′ W. Marker is in Orinda, California, in Contra Costa County. Marker is at the intersection of Orinda Way and Santa Maria Way, on the right when traveling north on Orinda Way. Touch for map. Marker is in this post office area: Orinda CA 94563, United States of America. Touch for directions. 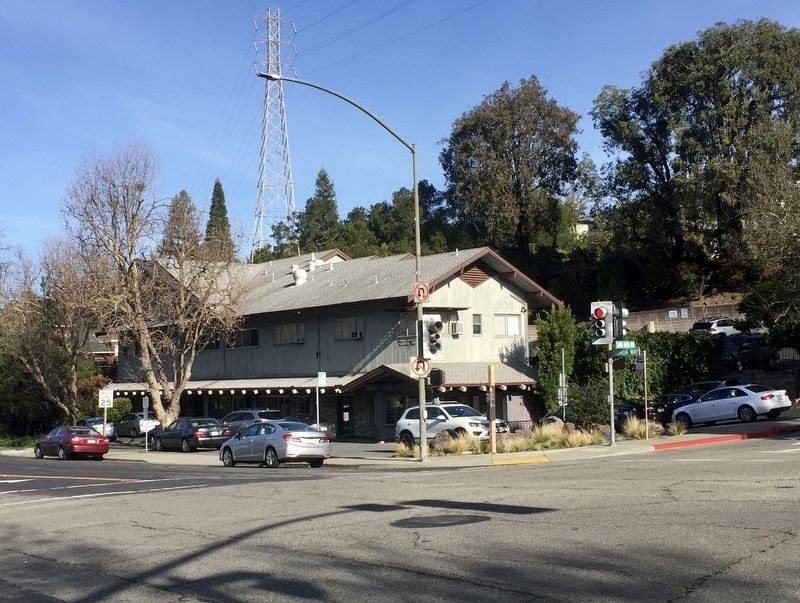 More about this marker. The marker itself is about two blocks to the south of the Santa Maria Church. 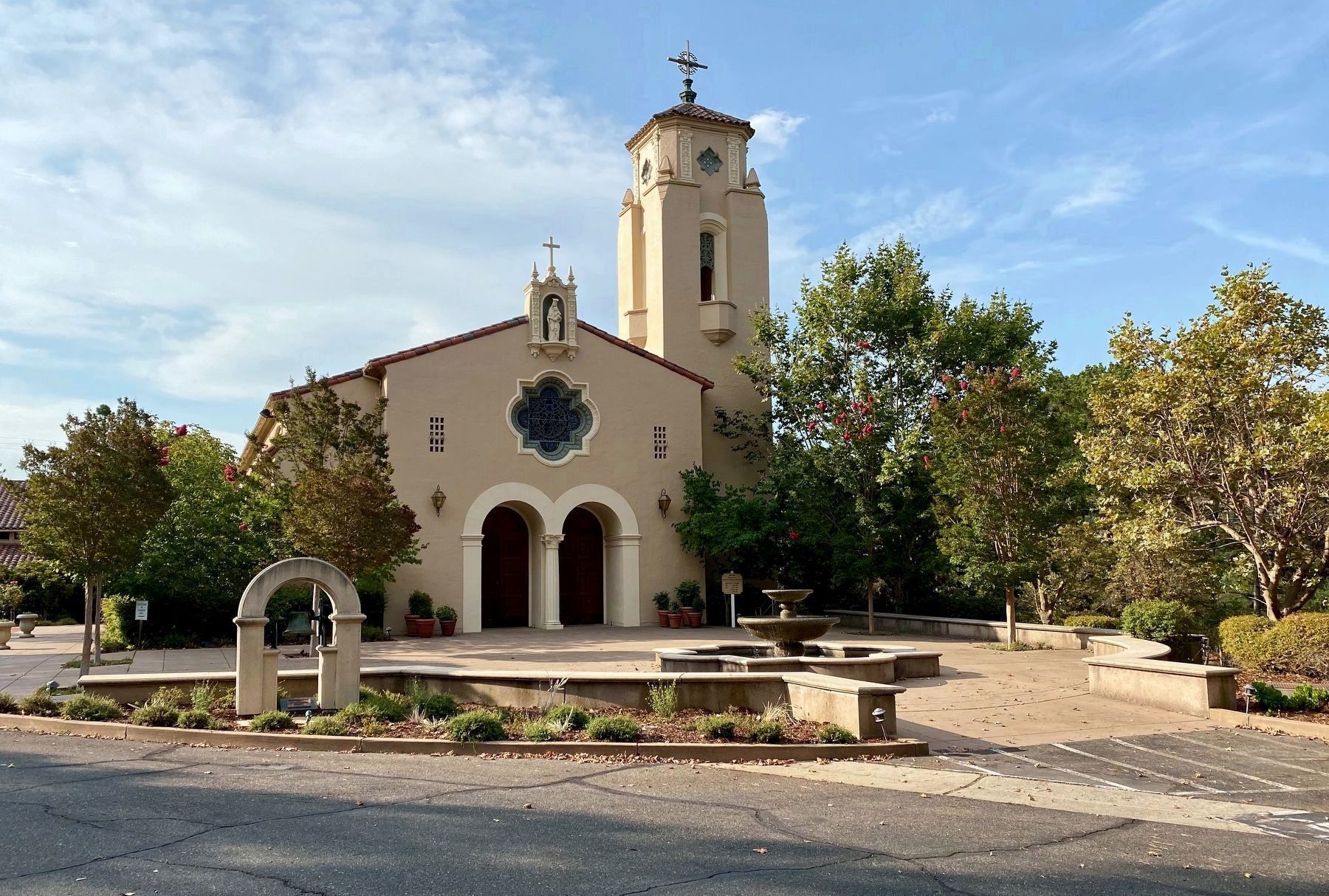