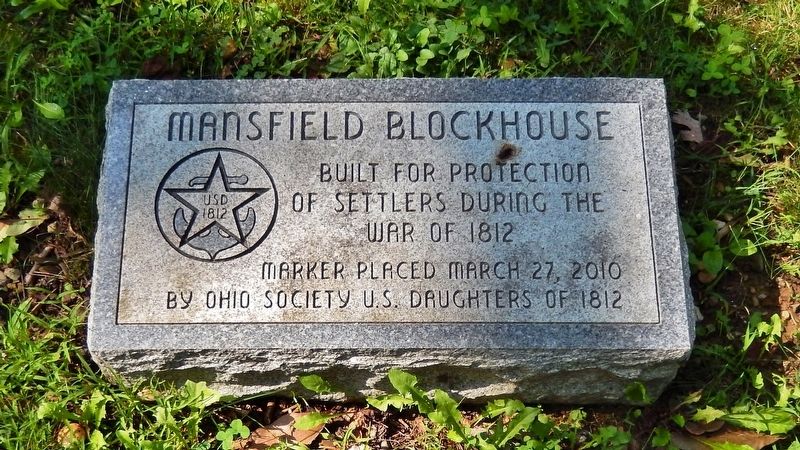 Built for protection
of settlers during the
War of 1812

Topics and series. This historical marker is listed in these topic lists: Forts or Castles • War of 1812. In addition, it is included in the United States Daughters of 1812, National Society series list.

Location. 40° 45.376′ N, 82° 32.495′ W. Marker is in Mansfield, Ohio, in Richland County. Marker can be reached from Brinkerhoff Avenue 0.2 miles south of Park Avenue West (State Route 430), on the right when traveling south. Marker is located on the north (front) side of the blockhouse, in Mansfield's South Park. Touch for map. Marker is at or near this postal address: 100 Brinkerhoff Avenue, Mansfield OH 44906, United States of America. Touch for directions. 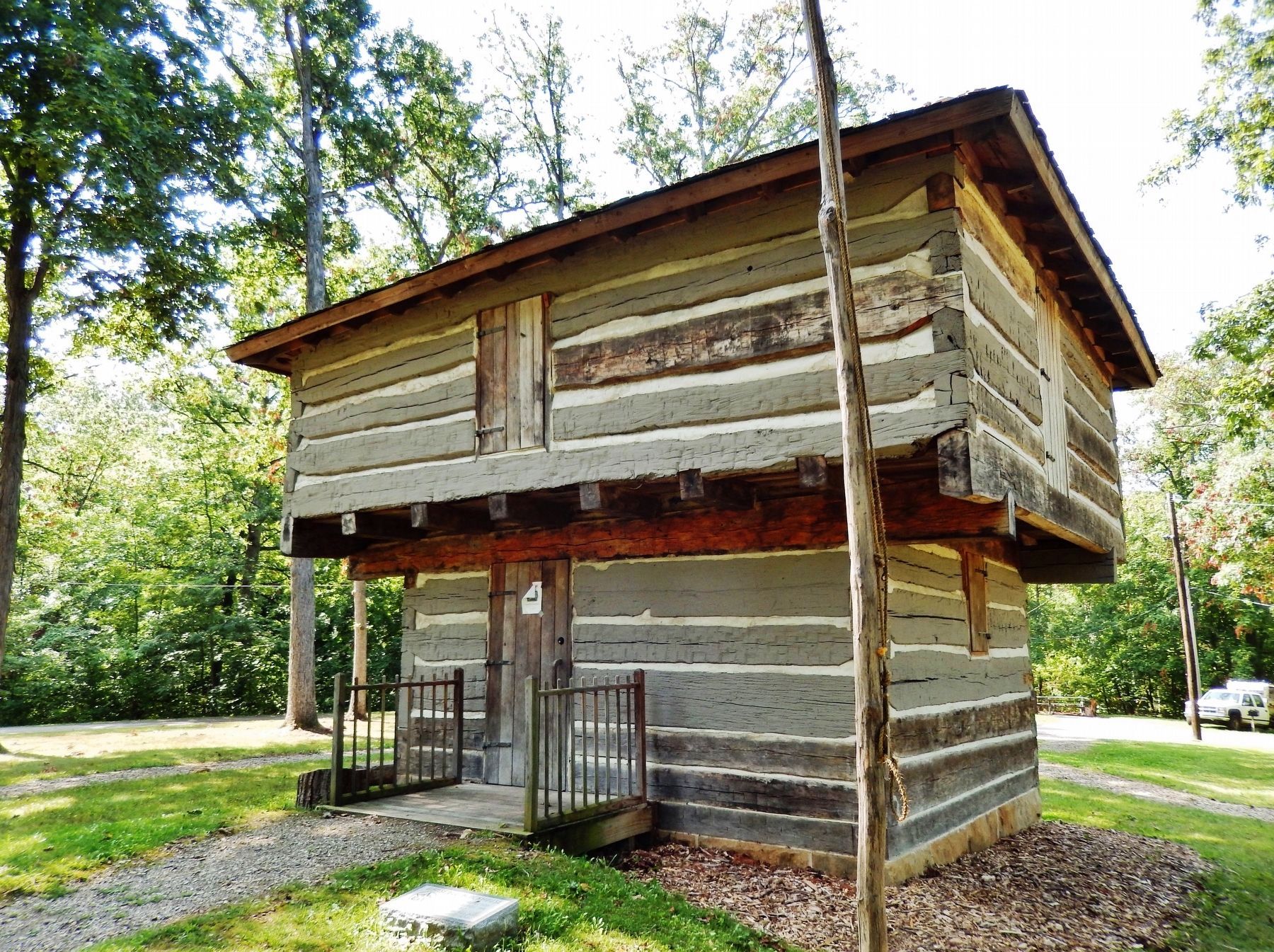 By Cosmos Mariner, August 28, 2016
2. Mansfield Blockhouse
(marker visible in foreground, beside walkway)
(within shouting distance of this marker); 120th Ohio Volunteer Infantry Memorial (about 500 feet away, measured in a direct line); "Johnny Appleseed" Monument (about 600 feet away); Mansfield Block House (approx. 0.2 miles away); Sultana Tragedy (approx. 1.3 miles away). Touch for a list and map of all markers in Mansfield.

Related markers. Click here for a list of markers that are related to this marker. Mansfield War of 1812 Blockhouse