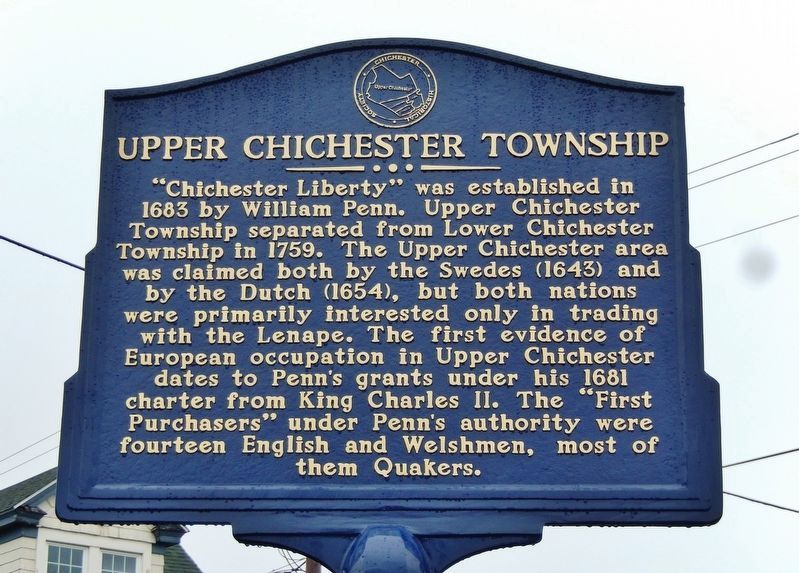 McCaysville. The regional pattern of independent family farmsteads was followed in Upper Chichester, which retained its rural atmosphere well into the twentieth century. At the intersection of Chichester Avenue & Meetinghouse Road, McCaysville served the civic, social and commercial needs of local residents with a store, chapel and blacksmith shop. The c. 1740 McCay-Pierce House at the corner of the crossroads was used as a school, post office and store. 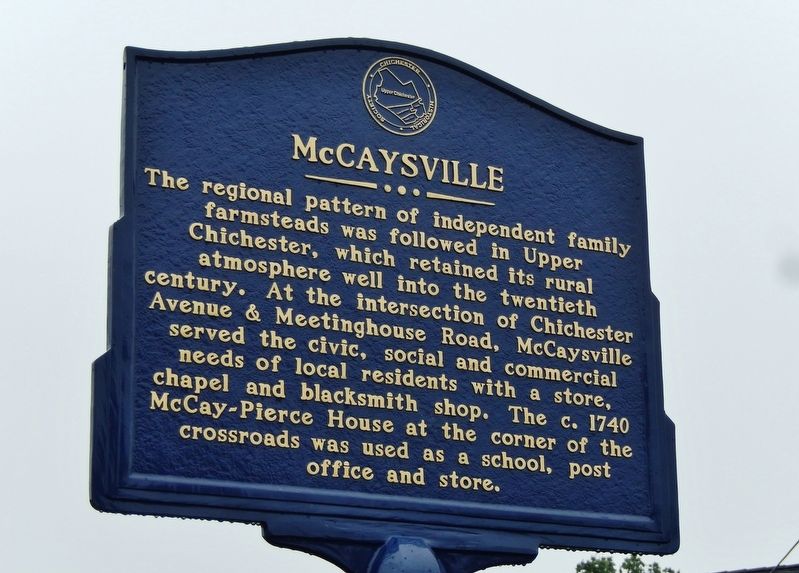 Topics and series. This historical marker is listed in these topic lists: Colonial Era • Settlements & Settlers. In addition, it is included in the Quakerism series list. A significant historical year for this entry is 1643.

Also see . . .  Upper Chichester Township.
Settled in 1681 and became a first class township in 1942. Named for the town of Chichester, in the County of Sussex, England. (Submitted on May 29, 2017, by Cosmos Mariner of Cape Canaveral, Florida.) 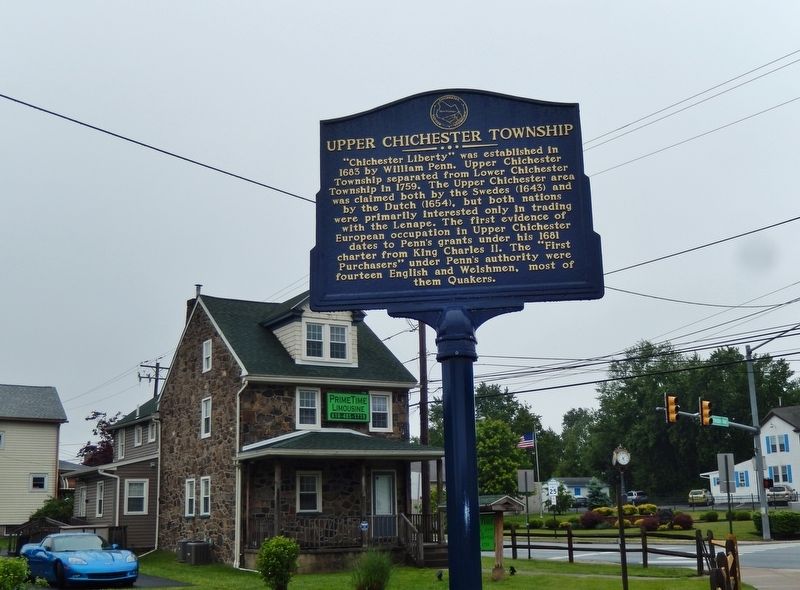 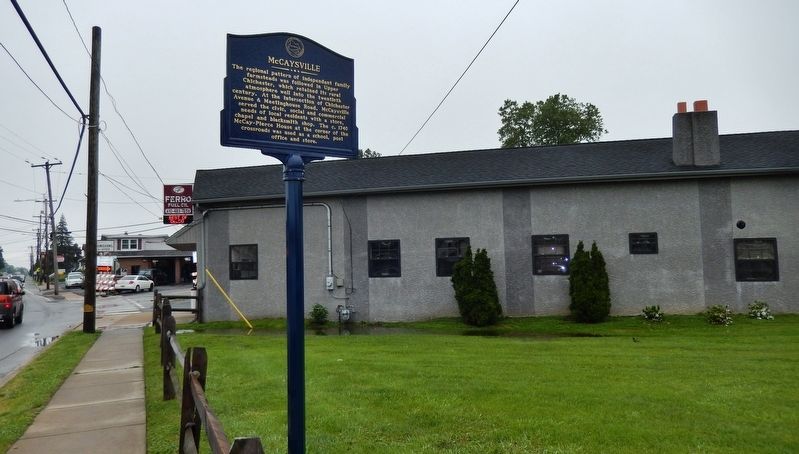 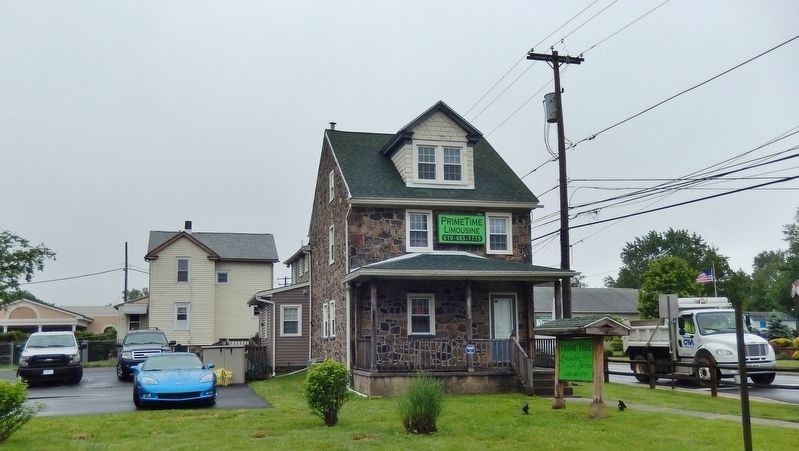 Photographed By Cosmos Mariner, May 25, 2017
5. McCay-Pierce House c. 1740
McCay-Pierce House, at the intersection of Chichester Avenue & Meetinghouse Road. This building has served as a home, school, post office, store and later for various commercial enterprises. 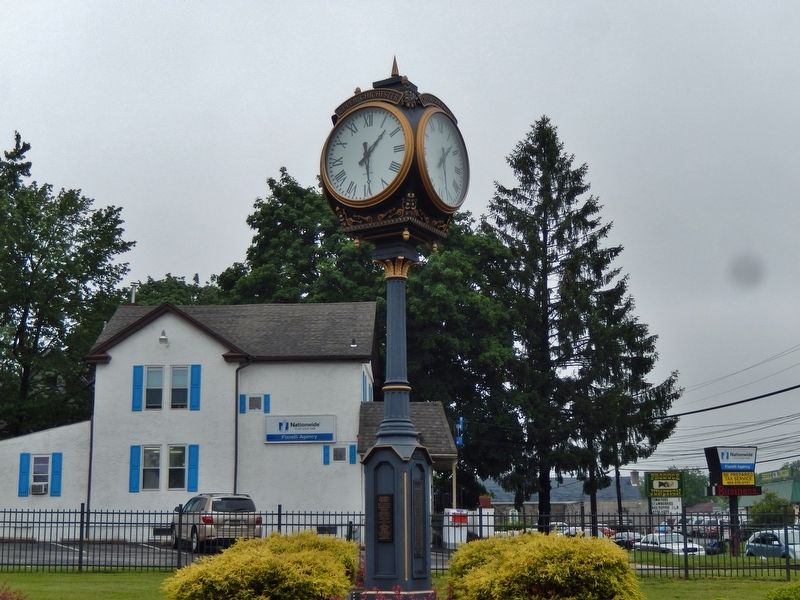