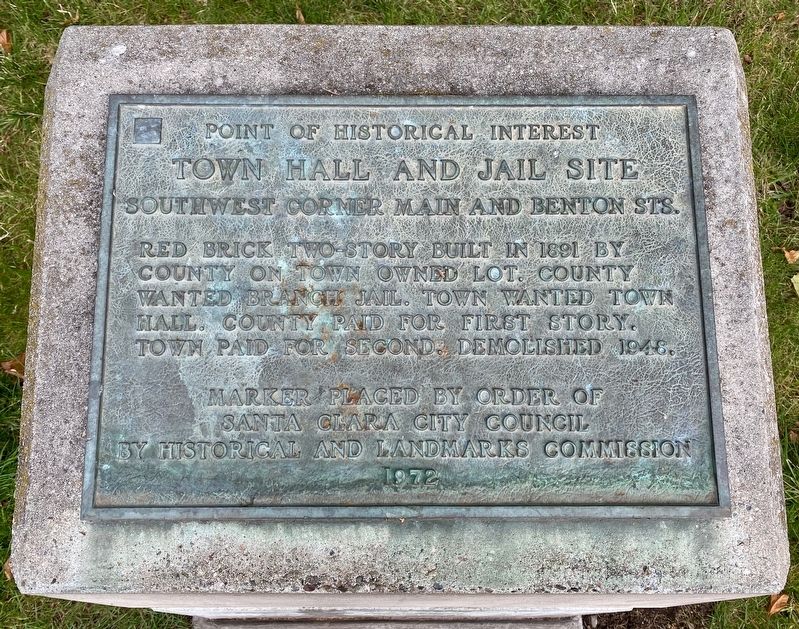 
Erected 1972 by Historical and Landmarks Commission. 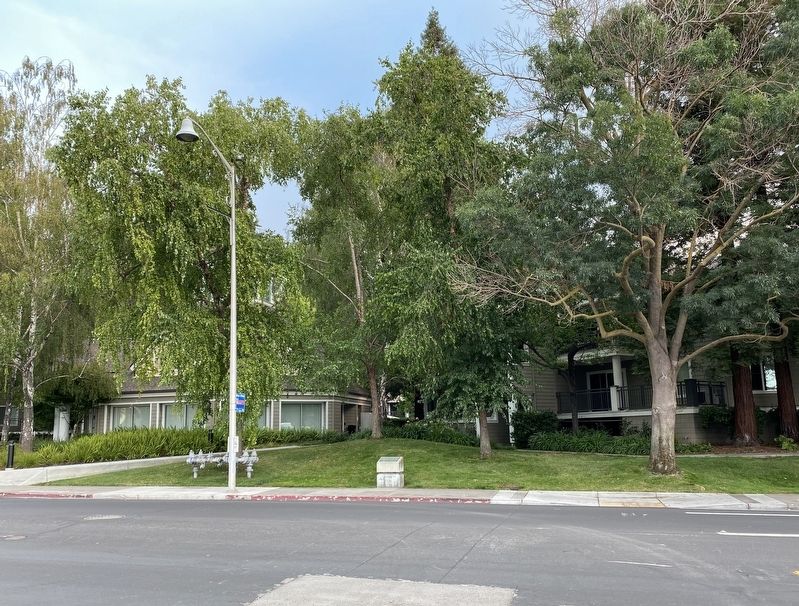 Photographed By Andrew Ruppenstein, August 17, 2020
2. Town Hall and Jail Site Marker - wide view
The marker is mounted to the low cement monument in the center of the picture.