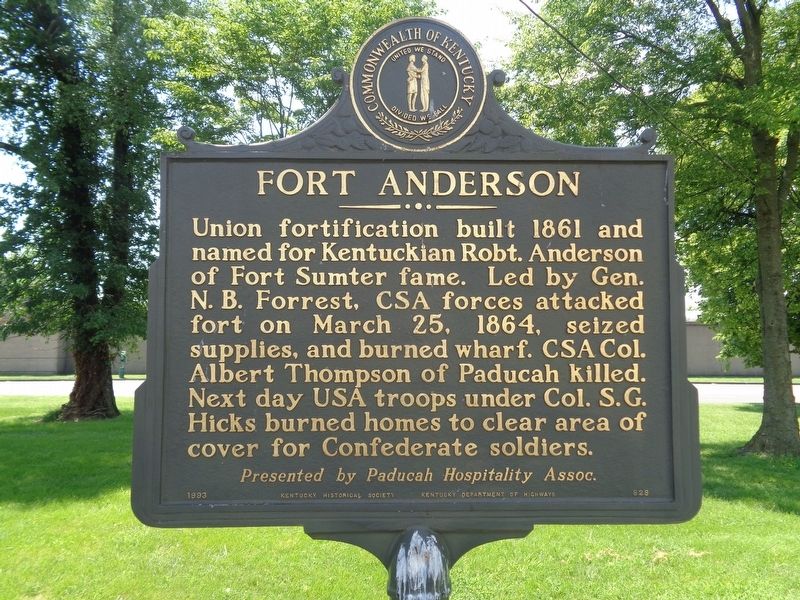 Topics and series. This historical marker is listed in these topic lists: Forts and Castles • War, US Civil. In addition, it is included in the Kentucky Historical Society series list.

Location. 37° 5.564′ N, 88° 36.183′ W. Marker is in Paducah, Kentucky, in McCracken County. Marker can be reached from Park Avenue east of North 5th Street. Marker is in front of the parking lot of Paducah Convention Center. Touch for map. Marker is at or near this postal address: 431 Park Ave, Paducah KY 42001, United States of America. Touch for directions.

Other nearby markers. At least 8 other markers are within walking distance of this marker. Battle of Paducah-March 1864 (a few steps from this marker); Grant's Proclamation 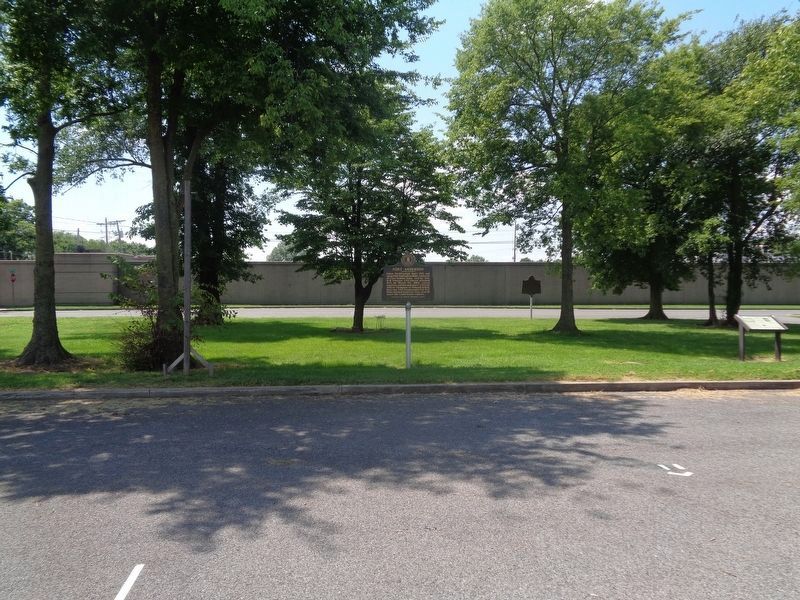 Photographed By Jason Voigt, August 10, 2020
2. Fort Anderson Marker
In a grassy area with five other markers