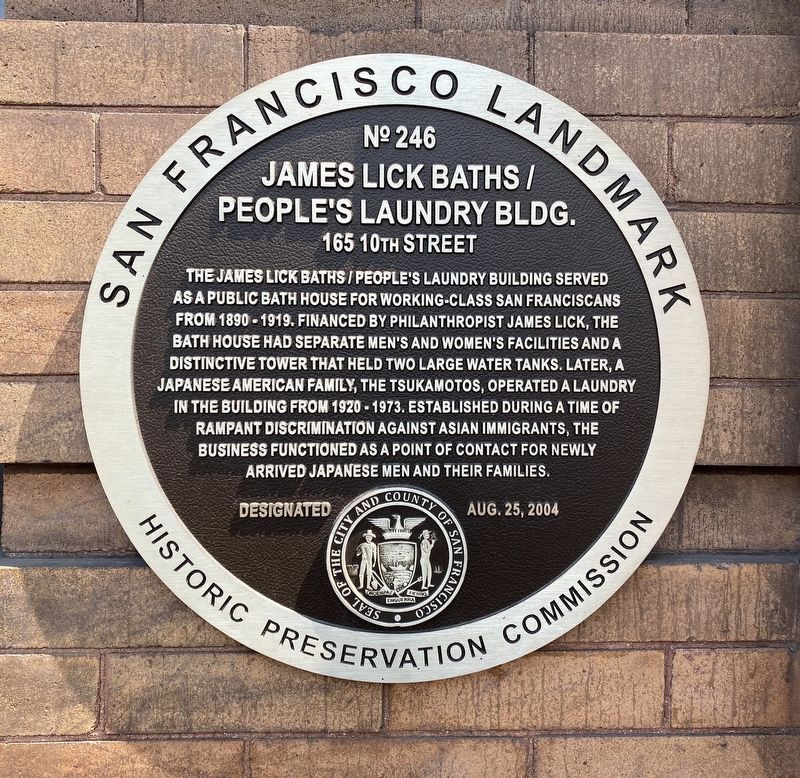 The James Lick Baths/People's Laundry building served as a public bath house for working-class San Franciscans from 1890 - 1919. Financed by philanthropist James Lick, the bath house had separate men's and women's facilities and a distinctive tower that held two large water tanks. Later, a Japanese American family, the Tsukamotos, operated a laundry in the building from 1920 - 1973. Established during a time of rampant discrimination against Asian immigrants, the business functioned as a point of contact for newly arrived Japanese men and their families.

Topics. This historical marker is listed in these topic lists: Asian Americans • Industry & Commerce. A significant historical date for this entry is August 25, 2004. 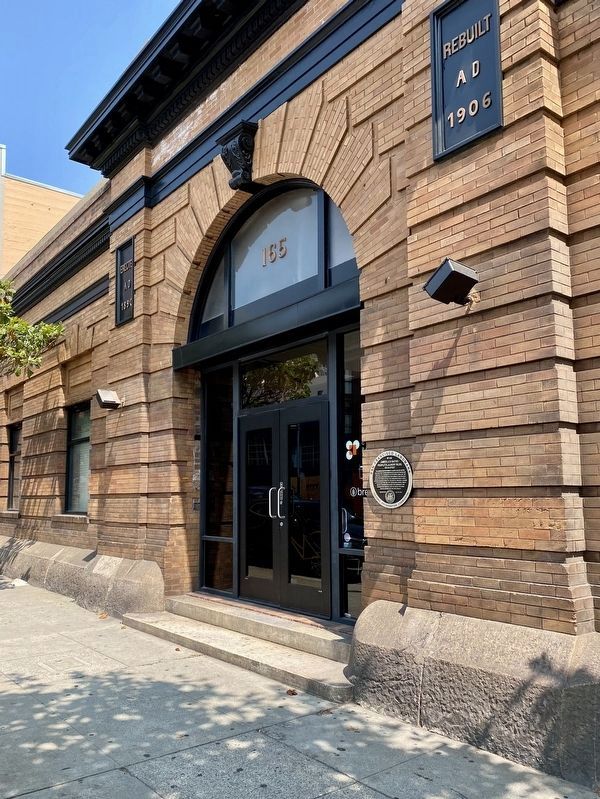 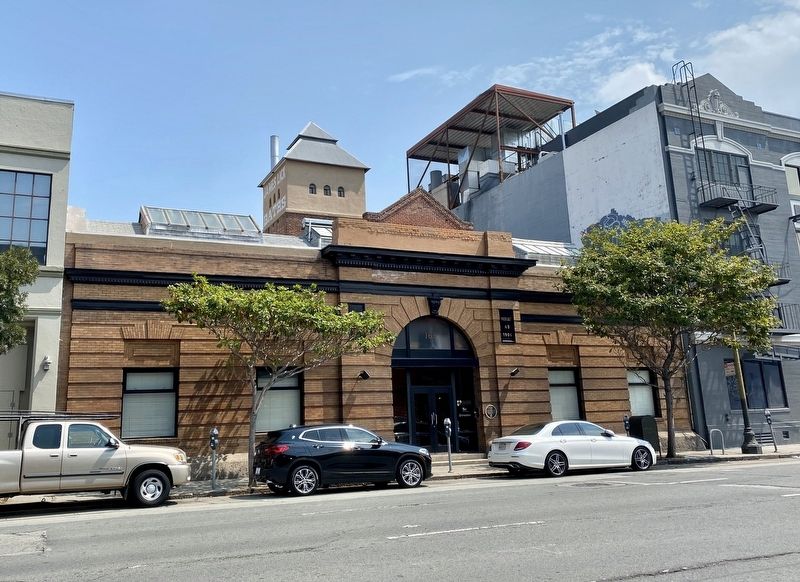 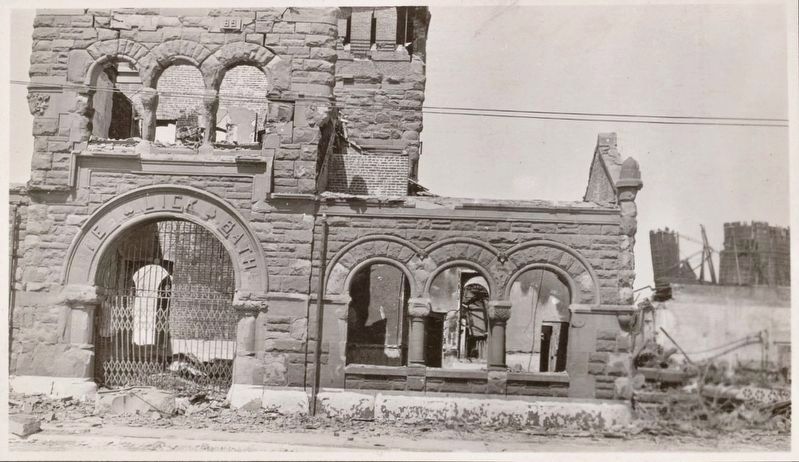