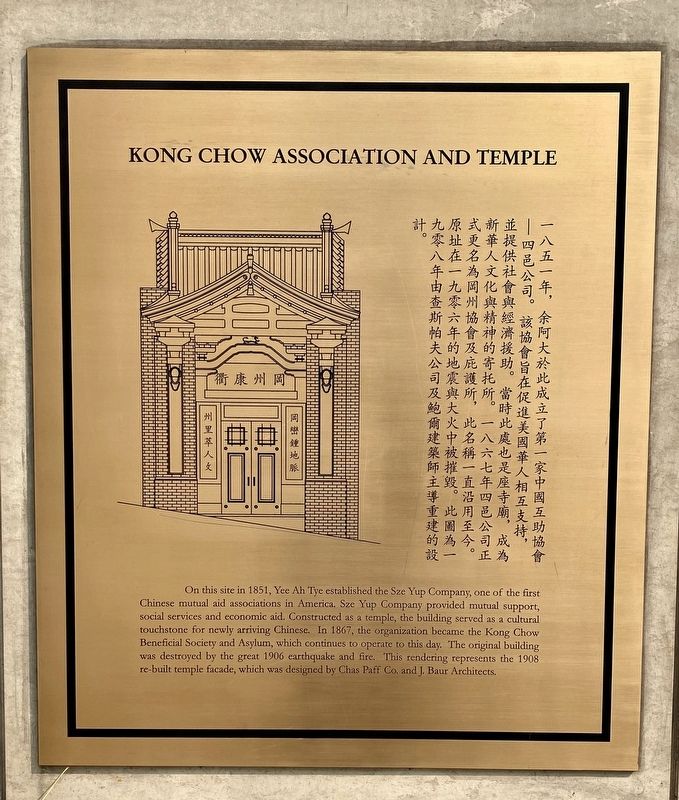 By Andrew Ruppenstein, August 23, 2020
1. Kong Chow Association and Temple Marker
Inscription.
On this site in 1851, Yee Ah Tye established the Sze Yup Company, one of the first Chinese mutual aid associations in America. Sze Yup Company provided mutual support, social services and economic aid. Constructed as a temple, the building served as a cultural touchstone for newly arriving Chinese. In 1867, the organization became the Kong Chow Beneficial Society and Asylum, which continues to operate to this day. The original building was destroyed by the great 1906 earthquake and fire. This rendering represents the 1908 re-built temple facade, which was designed by Chas Paff Co. and J. Baur Architects.