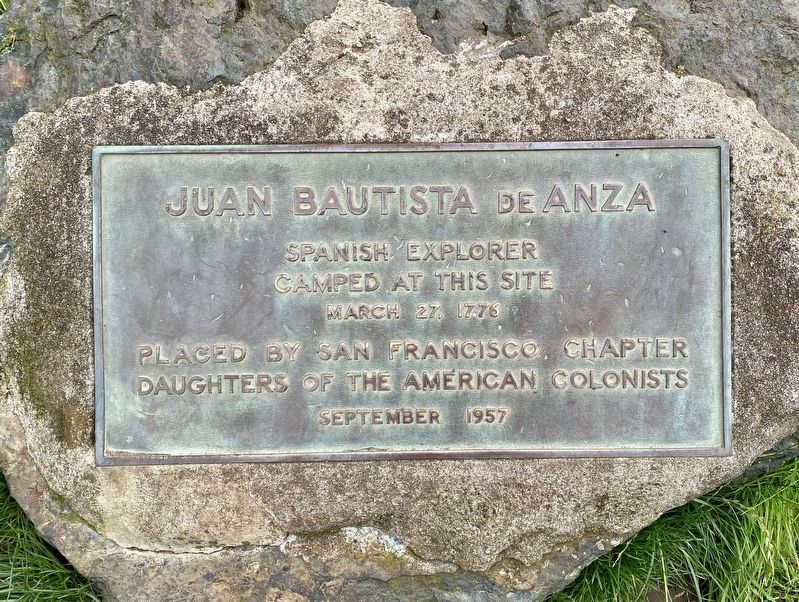 
Erected 1957 by Daughters of the American Colonists, San Francisco Chapter.

Topics and series. This historical marker is listed in this topic list: Exploration. In addition, it is included in the Daughters of the American Colonists, and the Juan Bautista de Anza National Historic Trail series lists. A significant historical date for this entry is March 27, 1776. 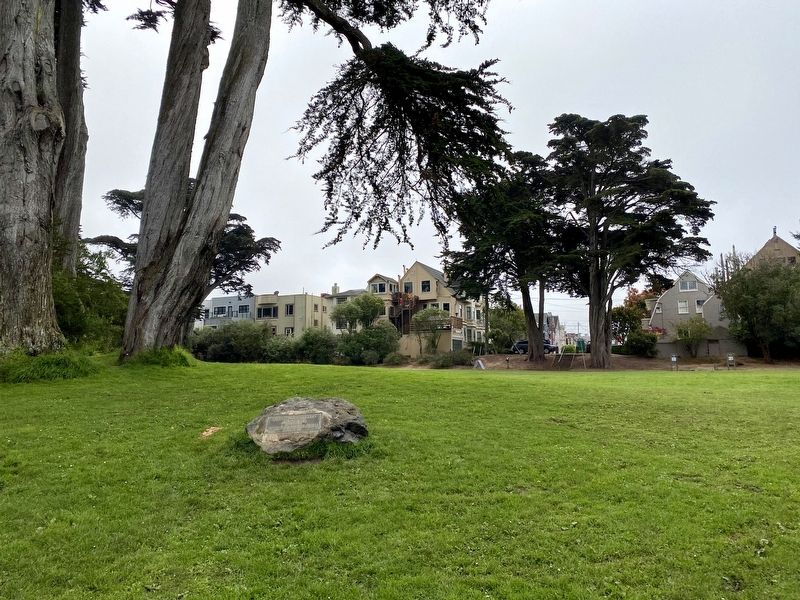 More about this marker. The marker is in the Mountain Lake Park area of the Presidio, just a bit east of the tennis courts, mounted to a low rock. Closest street access is from 11th Avenue.

Also see . . .  Anza Trail Historic Sites in California (National Park Service). "After traveling up the San Francisco peninsula, Anza, Moraga and Font and a small expedition of men made camp at Mountain Lake March 27-28, 1776. They selected the sites for the Presidio and Mission, and it was left to Lt. Moraga to return with the settlers on June 27. San Francisco was to become the new home for many of Anza's colonists....Mountain Lake Park and Expedition Camp #95 - The exploratory expedition camped here (37° 47' 17" N 122° 28' 12"W) while they investigated the area, selecting the sites for the Presidio and the Mission. They noted lakes, lagoons and springs, since the colony needed a water source. This City of San Francisco park is a good place to stop and consider Anza's trek...." (Submitted on August 23, 2020.)
Credits. This page was last revised on August 23, 2020. It was originally submitted on August 23, 2020, by Andrew Ruppenstein of Sacramento, California. This page has been viewed 82 times since then and 11 times this year. Photos:   1, 2. submitted on August 23, 2020, by Andrew Ruppenstein of Sacramento, California.
Share this page.