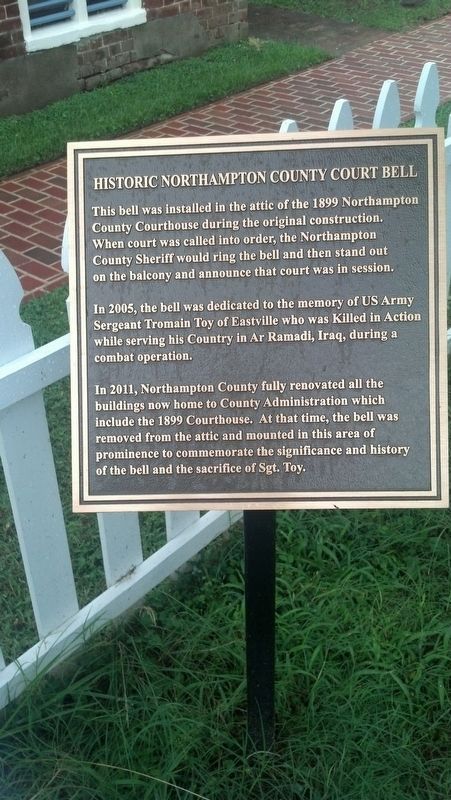 This bell was installed in the attic of the 1899 Northampton County Courthouse during the original construction. When court was called into order, the Northampton County Sheriff would ring the bell and then stand out on the balcony and announce that court was in session.

In 2005, the bell was dedicated to the memory of US. Army Sergeant Tromain Toy of Eastville who was Killed in Action while serving his Country in Ramadi, Iraq, during a combat operation.

In 2011, Northampton County fully renovated all the buildings now home to County Administration which included the 1899 Courthouse. At that time, the bell was removed from the attic and mounted in this area of prominence to commemorate the significance and history of the bell and the sacrifice of Sgt. Toy.

Topics and series. This memorial is listed in these topic lists: Man-Made Features • War, 2nd Iraq. In addition, it is included in the Historic Bells series list. A significant historical year for this entry is 1989. 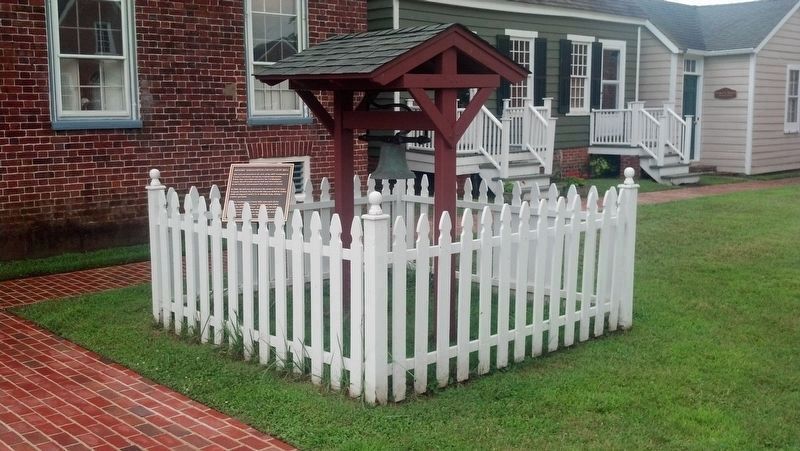 Click or scan to see
this page online
is in Eastville, Virginia, in Northampton County. Memorial is at the intersection of Courthouse Road (Business U.S. 13) and Willow Oak Road (County Route 631), on the right when traveling south on Courthouse Road. Touch for map. Marker is at or near this postal address: 16418 Courthouse Road, Eastville VA 23347, United States of America. Touch for directions.